As long as we're expressing our thankfulness this week, I'm thinking of a special list of thanks for my mystery reading. 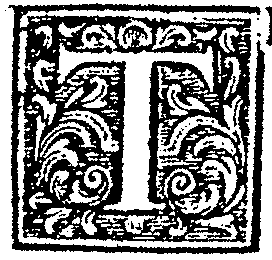 T is for traditional mystery. Today's mysteries are fine, but modern technology ruins a lot of the fun. Give me an English country house with an ill-assorted group of guests forced to fend for themselves when their host is murdered during a blizzard that takes down all the phone lines. (Cyril Hare's An English Murder is my favorite of these.)

Murder by complex electronics is a popular theme today, but I'd much rather read about a fiendishly clever way of poisoning with arsenic (Dorothy L. Sayers's Strong Poison) or even a leg of lamb (Roald Dahl's short story "Lamb to the Slaughter").

H is for Hill, Reginald, may he rest in peace. Years ago, the Material Witnesses participated in an online mystery discussion forum. The members were quizzed about their favorite authors and Reginald Hill came out on top. It's still hard to believe we'll never read a new Dalziel and Pascoe adventure. Though I love that series, I'd have to say my favorite Reginald Hill is a standalone, The Woodcutter. You could call it a very different sort of fairy tale.

A is for Anglophile, that's me. When I was growing up, my mother was a mystery addict, but I didn't understand why anybody would want to read about murder. Then, when I went to college and haunted all the used bookstores in the neighborhood, I was drawn to those green spines of the Penguin mysteries. Of course, most of them were the classic British titles, by authors like Margery Allingham, Dorothy L. Sayers, Ngaio Marsh, Leo Bruce, Christianna Brand, Josephine Tey, Cyril Hare, Edmund Crispin, Nicholas Blake, Anthony Gilbert, Michael Innes, Patricia Wentworth and Colin Watson.

I devoured those green Penguins, moving on from the Brits to other European writers, like Georges Simenon, as well as American masters like Donald Westlake and Dashiell Hammett. But I always come home to the British crime writers, over the years adding to my old Penguin green friends by falling in book love with the likes of Reginald Hill, Peter Lovesey, John Lawton, Barry Maitland, Sarah Caudwell, P. D. James, Colin Dexter, Robert Barnard and Ian Rankin.

Would you like to become addicted to Penguin green crime titles? Here's a good place to get started: Vintage Penguins. N is for new beginnings, as in established novelists deciding to have a go at crime fiction. I'm thinking of two in particular: J. K. Rowling, writing as Robert Galbraith, and Tony Parsons.

Rowling's series began with The Cuckoo's Calling, which introduced us to PI Cormoran Strike, a large, untidy man with a prosthetic leg, courtesy of service in the British armed forces in the Middle East. After he nearly knocks her down a flight of stairs, Strike takes on a secretary, Robin Ellacott, whose role slowly morphs into detective partner. I wasn't crazy about the serial-killer plot of the third book, Career of Evil, but the development of the characters is so good I can forgive the plot.

Tony Parsons is not as well known in the US as in the UK, but he has had a longtime career there as a journalist and novelist. He decided to give crime fiction a try, creating the Max Wolfe character. Wolfe is a single father to a delightful little girl (and I usually really dislike kids in crime fiction) and a Cavalier King Charles Spaniel named Stan. That sounds too cute for words, but there is plenty of hard-boiled and gritty crime in Max's job as a homicide detective with London's Metropolitan Police.

The Max Wolfe series begins with The Murder Man (titled The Murder Bag in the UK), which I reviewed here. The second book, The Slaughter Man, suffered from some truly terrible plotting, but this is another example of a series with such good characters that even a serious mis-step won't turn me off . . . yet.

K is for Kerr, Philip, author of the long-running Bernie Gunther series. Gunther is, variously, a homicide detective for Berlin's Kriminalpolizei in the 1930s, a private detective when the Nazis force him out, a reluctant investigator for the German army and some top Nazi officials, and so on.

I eagerly await each new Bernie Gunther novel, many of which I've reviewed here. (Check it out!) One of the things I most enjoy about the series is that Kerr is no slave to continuity. He's jumped all around the timeline and to a lot of different countries. You never know where (or when) Bernie will be next. I'm reading that the next one, The Other Side of Silence, coming in the spring, will be set in the French Riviera in 1956. S is for spies. I can't get enough of espionage. Well, actually, that's not true. If the setting is after the Cold War, the subject loses a lot of its appeal for me. I can't get excited about cyberterrorism, nuclear weapons, technological whizbangery and all that kind of modern-era stuff. I prefer your old-fashioned dead drops, coded radio messages, and skulking down mist-shrouded streets somewhere in Central Europe.

To me, John le Carré will always be the master. But add in plenty of Len Deighton, Eric Ambler, Frederick Forsyth and Joseph Kanon, please. Oh, and nonfiction, with large dollops of Ben MacIntyre and anything about the Cambridge Spy Ring or Churchill's Special Operations Executive.

G is for gumshoe. If your definition is any private detective, then my favorite would be Lord Peter Wimsey, who is about as far as you can get from the classic fedora-wearing, tough-talking American guy who takes and gives regular beatings. But if you insist on the more traditional type, then I'd have to decide between Nick Charles and Philip Marlowe.

I is for international. I'm so grateful that the crime fiction market in the US has opened up to books from all around the world. It's a leap of faith to buy a foreign-language title and take the time and resources to have it translated and marketed to an American audience. If publishers and editors hadn't taken this leap, I'd never have read Fred Vargas's marvelous Commissaire Adamsberg series (France), Andrea Camilleri's Montalbano series (Italy)  or the many Nordic titles that have become so popular here.

V is for violence, but the right kind. Graphic descriptions of dismemberment and serial killer rituals? Nix!  I can't read with one eye closed, the way Georgette does, and even if I could, I don't think I'd sleep a wink afterward. I prefer my violence to take place off the page and for the author to take violent death seriously, not as a way to jangle nerves.

I is for investigation. Sure, that's what your gumshoe does, and I've already talked about that breed. But how about those other investigators, the ones we see in the police procedural? Of the many sub-genres in crime fiction, that's way up near the top for me. And I can't think of police procedurals without thinking of Colin Dexter's Inspector Morse series. For so long, I waited impatiently for each new title. I bemoaned just how nasty Morse could be to Lewis, but it was always the price to pay for the investigative prowess.

Despite his propensity to put himself in danger needlessly and break rules all over the place, Ian Rankin's John Rebus has been a good exemplar of the police investigator. In Harry Bingham's Fiona Griffiths you get a much more unconventional approach, but Fiona's definitely still part of the sub-genre, and a welcome one.

N is for Nordic, those mysteries set in the Scandinavian countries and northern Europe. Like most longtime mystery readers, my first foray into the Nordics was with Henning Mankell. My favorite, though, is Jo Nesbø's Harry Hole series. I'm excited to see that more German crime fiction is hitting our shores, like Ferdinand von Schirach's The Collini Case.

Since I've already given my thanks more than once for Eurocrime, I thought about making N be for Noir, but if you're a stickler for precise definitions, I'm more of a fan of hardboiled than noir––though I do like Jean-Patrick Manchette, who is classic French noir.

G is for my longtime mystery-reading buddy, Georgette. Nobody knows mysteries from every time period and sub-genre like she does. Go ahead, ask her for a recommendation of a book about, oh, say, death by ocelot or other exotic animal, and see what she comes up with.

I wish I also had a P for publishers like Minotaur, Mysterious Press, Open Road, Poisoned Pen, Europa Editions, Soho Crime, Severn House, Bitter Lemon Press, No Exit Press, the big houses, and others who feed our crime fiction addiction with new titles, translations of foreign-language crime fiction and republications of old gems.
Posted by Sister Mary Murderous at 11:32 AM