The Mystery Writers of America announced the 2015 winners of the prestigious Edgar Allan Poe Awards tonight at their annual banquet in New York City. These awards honor "the best in mystery fiction, nonfiction and television published or produced in 2014."

The 2015 nominees, with the winners announced tonight in red, are shown below. For more information about the history of the Edgars, the honorary awards, the category rules, and a searchable data base for past nominees and winners, see here.

Kevin Cook: Kitty Genovese: The Murder, the Bystanders, the Crime that Changed America (W.W. Norton)
Carl Hoffman: The Savage Harvest: A Tale of Cannibals, Colonialism, and Michael Rockefeller's Tragic Quest for Primitive Art (William Morrow)
Lacy M. Johnson: The Other Side: A Memoir (Tin House Books)
William Mann: Tinseltown: Murder, Morphine, and Madness at the Dawn of Hollywood (Harper)
Harold Schechter: The Mad Sculptor: The Maniac, the Model, and the Murder that Shook the Nation (Amazon/New Harvest)

Congratulations to the nominees and winners!

"The protagonist is a nice young woman whose life is suddenly invaded.
She’s self-made and independent, with primarily good family relationships.
She has an interesting job.
She is not looking for trouble–-she is doing exactly what she should be doing and something cuts across her bow.
She solves her problem by her own courage and intelligence.
The story has no on-scene violence.
The story has no strong four-letter words or explicit sex scenes." 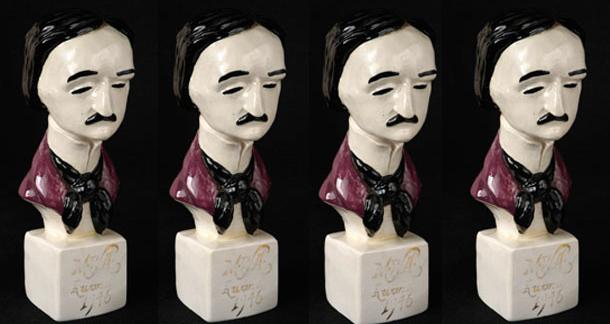 Today, we're going to talk about benders. We'll skip our wild drinking sprees and car accidents and look at a couple of recent books that bend the boundaries of historical fiction. Later this week, I'll show you some other genre straddlers. Let's start with Hermione Eyre's first novel, Viper Wine (Hogarth/Random House, April 14, 2015). The UK cover on the right features van Dyck's portrait of Venetia, Lady Digby, a real woman so famed for her beauty during the reign of Charles I, she inspired Ben Jonson's poetry and caused common folks to run alongside her carriage in the hopes of glimpsing her. If you look closely at the book's cover, you can see that a cellphone has been slipped into Venetia's hand. Some other modern products (I am not kidding when I tell you Spam––the pink, edible variety, not the annoying email––is one of them), famous people (i.e., Groucho Marx and Naomi Campbell), and discoveries show up in Eyre's book. Occasionally, these appearances are somewhat jarring or confusing, but I found most of them amusing. Elements of fantasy, magical realism, and time travel feature in this witty book of historical fiction. The writer herself even steps into the pages.

Eyre gives us her take on the lives of Venetia and her husband, the unconventional Sir Kenelm Digby. Kenelm was an alchemist, explorer, and intellectual who collected books and corresponded widely. He was besotted with his wife and crushed by her mysterious death at age 32. In Viper Wine, Kenelm receives messages from the future through a blipping obelisk. While the wheels in Kenelm's head are whirling madly, Venetia spends her time on a hell-bent quest to regain the youthful freshness of her beauty. Kenelm's protestations that she is still beautiful (still!) only make things worse. Maybe I should have been more understanding, but my patience wore thin. I wanted to yank Venetia out of the book and shake her til her teeth rattled. Instead, I gawked as Venetia visited charlatan physicians in Eastcheap, I learned pre-Botox beauty recipes that made me very glad my drugstore stocks Neutrogena, and I witnessed events such as an early submarine excursion under the Thames. This original novel is not for everyone, but is written for readers who appreciate well-researched historical fiction and are looking for something different. I'll be interested to see what Eyre does next.

The death of the beauteous Venetia opens Viper Wine. Benjamin Percy's The Dead Lands (Grand Central Publishing, April 14, 2015) opens this way: "She knows there is something wrong with the baby."

Thus begins a post-apocalyptic tale set 150 years after an airborne flu (H3Ll) killed millions. The flu was so deadly, other countries launched nuclear weapons against the US in futile attempts to try to stop it. The resulting radiation accounts for the wasted Dead Lands inhabited by nightmarish beasts, such as hairless wolves and gigantic spiders, outside the Sanctuary created in what used to be St. Louis, Missouri. The 40,000 Sanctuary inhabitants believe they are the world's last human survivors. They are surrounded by a high wall of plaster, mortared stone, and metal cars.

One of the wall's sentries is Wilhelmina “Mina” Clark, a hot-headed young woman who feels not sheltered, but imprisoned in the Sanctuary. There, society has taken a backward turn, and water is running out. The new mayor, Thomas Lancer, and his sheriff, the genuinely creepy Rickett Slade, have created a society based on fear. One day, something happens to inspire Clark, oddball museum curator Lewis Meriwether, and their small band to escape and head for Oregon. It isn't clear how much the expedition members can trust each other. The Sanctuary's mayor schemes to stop them, but the Dead Lands could kill them first. Meanwhile, back at the Sanctuary, Lewis's museum assistant, Ella, and her friend, Simon, a thief, put their heads together. All this is told in a very rich prose that you will eventually get caught up in, as I did, or find too much. Here's a sample:


"This morning, as the sun rises and reddens the world so that it appears it might catch flame, Clark stands at her sentry post atop the wall. Around it reaches a burn zone of some seventy yards. Beyond this grows a forest with many broken buildings rising from it, black-windowed, leaning messes of skeletal steel and shattered stone. The remains of the St. Louis Arch, collapsed in the middle, appear like a ragged set of mandibles rising out of the earth. In the near distance, where once the Mississippi flowed, stretches a blond wash of sand."

Then, too, if you've read a lot about Lewis and Clark, as I have (in the Pacific Northwest, references to the Expedition are everywhere), you might be taken aback by Percy's eccentric portraits of the Expedition members' namesakes. Along with tamping down these intrusive thoughts, I had to ignore the voice of my scientific knowledge reminding me Percy's Dead Lands creatures are very unlikely results of radiation-caused mutations. If you don't have fixed expectations and can get past the scientific implausibilities, the journey's logical inconsistencies, and the nature of Percy's re-imagined historical characters, you might enjoy this mashup of historical and dystopian fiction, horror, fantasy, sci fi, and adventure thriller. I did, and now I'm amusing myself by mentally casting characters for a potential movie. I can't get a handle on the actors yet, but the Coen brothers would have to direct.

Posted by Georgette Spelvin at 1:56 AM No comments: