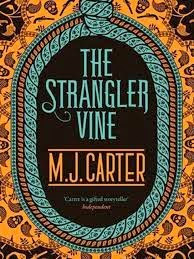 I was intrigued and tantalized by The Strangler Vine, by M. J. Carter (G.P. Putnam's Sons, March 2015), which is on the long list for the 2015 Theakstons Old Peculier Crime Novel of the Year award. The reason it caught my eye is that I have been a fan for a long time of grand sweeping sagas that take place long ago in faraway lands.

M. M. Kaye's The Far Pavilions was my first taste of Indian history in the days of the British Raj. The title refers to a vision of the mighty Himalayas as seen from a distance. This is a romantic tale of exciting adventures in a backdrop that spans almost the entire Indian subcontinent during a time of great unrest. This was in the late 1850s, just after the Sepoy rebellion.

The conflict began as a mutiny of Indian soldiers against the East India Company's army and it led to the final dissolution of the East India Company and to the British reorganization of the army, the financial system and the administration of India. Rumors that the British were out to destroy the religions of the Indian people was the spark that ignited what turned into a blaze of death and destruction. 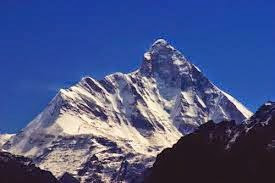 Ashok Pelham Martin, a boy born in India of British parents, masquerades as a native until he is grown, and then joins the military. He falls in love with a princess and conspires to save her from certain death.

Kaye, who was born in India and spent much of her early life there, tells her stories with authority. Her father, grandfather, brother, and husband all served the British Raj. Another of her novels, Shadow of the Moon, is about a young British heiress who returns to India and meets her protector, a British military man, who tries to help her during the tumultuous war times of World War II, when the empire is about to topple. Kaye, who followed the drum during her marriage, also has a series of murder mysteries in locations such as Kenya, Cyprus, Berlin, and Kashmir. These are all places she lived in for a while.

If you want to lose yourself in another time and place, you couldn't do better than taking a dip into Paul Scott's Raj Quartet. This I did long before it became a television mini-series.

Beginning with The Jewel in the Crown, Scott tells the story of the final years of the British Raj in India. The epic begins in the year 1942, around the time Mahatma Gandhi was calling for the British to cede this particular part of the British Empire, the jewel in the crown as Queen Victoria called it, back to the Indians. These novels look at the many facets of life in India from the points of view of all the players: the British, the Hindus, the Muslims and the Anglo-indians. It is a fascinating series with a wealth of ambience and history.

Carter's The Strangler Vine takes place almost a century before in 1837, during the days when the British East India Company was at the peak of its power. It leads up to the time of the first rebellion of the Indian soldiers. 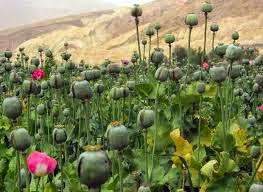 The East India Company was formed as early as the 1600s in order to promote trade with the East. Over the next two centuries, it built up its own private army and began to rule and control large parts of India. The company gained power and wealth by levying taxes and by creating a monopoly in the opium trade with China.

The narrator of The Strangler Vine is young William Avery, an ensign in the East India military. He has recently come from England to Calcutta and is fiercely homesick on the one hand and getting himself into a life of dissolution and debt on the other. He is quite naïve, believing everything he is told about the great East India Company, despite the evidence of his eyes. He is actually rather thick and very judgmental. 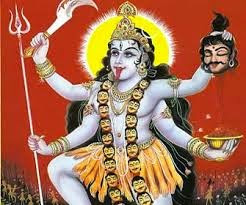 One of his strong points is a love of reading. His favorite author is Xavier Mountstuart, who had been living in and writing about India for some years. Mountstuart's most recent work is raising a lot of official eyebrows, as it suggests that certain important people in the company are leading disgraceful lives. His work in progress is about the cult of the murderous Thugees, ritual mass murderers who worship the Goddess Kali, she of the many arms and necklace of heads around her neck.

The problem is that Mountstuart has disappeared. The military authorities have asked a certain Jeremiah Blake, a former member of the army who has gone native and who shows little respect for the powers that be, to find him. Avery is promoted to Lieutenant and told to accompany Blake and to keep an eye on him. They travel as rapidly as possible to the heart of northern India, where the author was last seen. 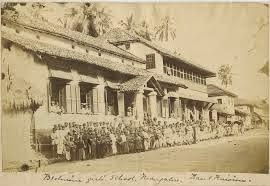 Once there, they find a conspiracy of silence. Blake, who is a polyglot as well as a master of disguise, speaks several Indian dialects as well as Persian, so he is able to gather information from all quarters.  He can sense the discontent and the anxiety of the locals and the distrust of the East India Company wallahs, who want the farmers to grow opium and indigo when the fear of famine is all too real. Avery, on the other hand, speaks nothing but English and is oblivious. He is more concerned about Blake's drive to complete his mission in the face of the disapproval of the territories' military commanders.

It becomes clear that Blake, Avery and their small group of five are in danger and the only way to survive is to trust each other. But unless the scales fall from Avery's eyes, they are doomed.

Okay, so more than once I wanted to smack Avery upside his head or shake some horse sense into him. Some critics have suggested that there is a Sherlock/Watson partnership going on here. But Watson was never this slow to see the obvious. 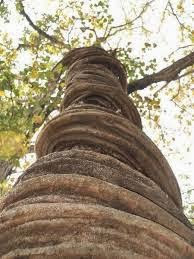 The title of this novel refers to a vine, which grows in among the trees and chokes the life out of them. It is a metaphor in this case for the way the British East India Company infiltrated a country and tried to obliterate customs, religions and behaviors they considered uncivilized by choking them off.

This is a gripping story––no pun intended.  The tension slowly grows and I experienced a desire for the smugly self-righteous to be taken down several pegs. Knowing the  historical outcomes doesn't take away from the drama, dread and fear as it builds to an exciting climax. I read that there is another installment of the Blake and Avery adventures due out this year, so Ill be looking for it.
Posted by Maltese Condor at 12:38 PM