For the Fourth: Review of Kathyrn Miller Haines's Winter in June 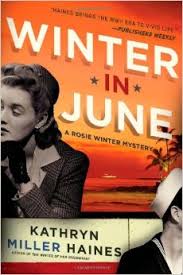 Tossing around some books trying to decide what next to sink my teeth into, I spied Kathryn Miller Haines's Winter in June (HarperCollins, 2009). Just the thing for this time of year, I thought. I wasn't intending to seek out patriotic reading but, I hit the bullseye here; it was just perfect for my mood.

I first came across Rosie Winter in Haines's The War Against Miss Winter. Rosie is a struggling actress in the New York of the 1940s. She has a day job working for a private detective. Acting jobs are not jumping her way, and she is a bit worried about losing her room at a boarding house that rooms working actresses.

Rosie begins honing her detectival skills when she finds her own boss hanging in the closet in his office. Standard for mystery novels, the police want to write it off as a suicide, but Rosie suspects foul play. Life isn't easy in those days, with food rationing, blackouts on a regular basis and jobs a little scarce.  But Rosie, who has cut her chops in the dog-eat-dog world of the theater, is more than capable of handling a measly lot of criminals––especially with the help of her sleuthing sidekick and best friend, Jayne. What stands out about this novel is the pitch-perfect way that Haines captures the ambience and the tempo of the early war years. 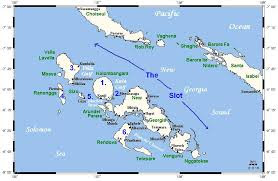 This carries over to the third book in the series, Winter in June. By now it is 1943 and the war machine is in high gear. Both Rosie and Jayne have been more successful in their careers, but they would like to be more of a help with the war effort. Through some connections, they've been offered parts in a USO show that is headed to the South Pacific. Where they will be going is not exactly to Bali Hai, that perfect island, but to a camp in the Solomon Islands now held by the Allies.

This opportunity sounds like a gift from the gods to Rosie, because she has heard that her ex-boyfriend has been missing in action and was last seen in the Solomons. Visiting this part of the world will give her a chance to try and find him.

Jayne and Rosie travel to the West Coast and are excited to be part of a five-woman group sailing out on a converted former cruise ship repurposed by the Navy for troop transfer to the Pacific Theater. As Rosie puts it, though, she was expecting to get champagne for her bon voyage, but instead she got a corpse. In the waters near the point of departure, the body of a woman is found floating. The victim is unknown at first, but it is soon discovered that she is a former WAC who had been stationed at the same base, Tulagi, that Rosie and Jayne are assigned to. 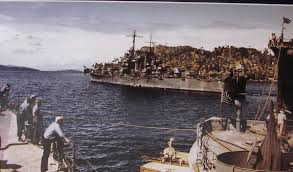 Arriving at the base after a somewhat dangerous and uneasy ocean crossing, the girls are allocated living quarters. They are told that they are privileged characters because the tent of stitched-together sheets that they are to occupy for a few months actually has a floor and, more important that that, they have a barrel of water for a sink.

These ladies take everything in their stride, including communal latrines, nails in posts for clothes hangers and the sounds of a predator- and pest-infested jungle waiting to sing them to sleep. The ladies aren't the only females on the island, because there is a contingent of WACs that came a short while back. These WACs don't have the same privileges as the USO, and this causes some friction.  It doesn't help that apparently a member of their troupe used to be a WAC, a fact she kept to herself. 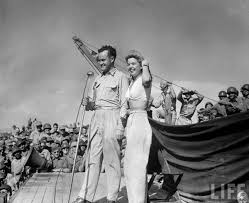 Between rehearsals for their routines for the show, Rosie tries to quietly investigate what has happened to her ex, Jack, and the murdered WAC.

What irks Rosie the most is that after living in New York for two years of the war, she had grown used to being in a part of the world where being a broad meant something different than it had to her mother and grandmother. Because of the war, women were finding themselves in more and more important roles previously dominated by men.

She was used to travelling the streets alone and to seeing women working outside the home, even when there were children. But in the military, it was made pretty clear that this was a civilian phenomenon only. In the world of the armed forces, women were still second-class citizens. 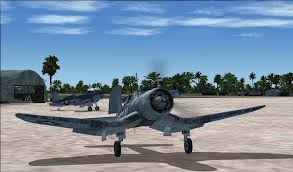 Haines uses the turns of phrase popular in the forties, and the mores of the time to bring authenticity to her story. She made me nostalgic for a time that was before I was born. The women smoked gaspers, batted the breeze, island-hopped to perform sometimes three to seven shows a day and were getting complacent when there was another murder.

The murder investigations do take a back seat to the chronicle of the reality of the women's lives in the USO and in the Pacific Theater of war. But this didn't detract from my enjoyment of the novel. There is one more chapter to Rosie's life, entitled When Winter Returns. That'll probably be when I’ll read it. 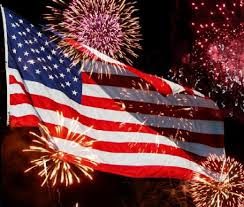