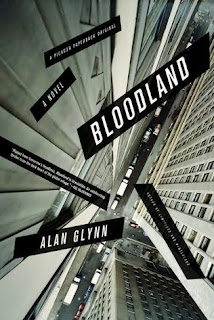 You know that feeling when you wake up and don't know where you are? You look around, and s-l-o-w-l-y the world comes into focus. It's a little like assembling a difficult jigsaw puzzle and watching a picture emerge. Or reading certain thrillers that dump you, not at the beginning of a story, but in the middle. Your mind tries to grasp the plot line, but it's like glimpsing running figures in a fog. It takes awhile before a coherent account takes shape.

Alan Glynn's intricate conspiracy thriller, Bloodland, evokes that lovely, not-bound-by-ordinary-rules-of-physics sensation as the author unveils the characters and their shared history. When we meet Dublin journalist Jimmy Gilroy, it's been two years since he was laid off from his newspaper job. Instead of doing serious research into ministerial expenses, he's just started research for an unauthorized biography of beauteous Susie Monaghan, a reality TV star and tabloid celebrity who died three years earlier with five other people in a helicopter crash off the Donegal Coast. The whole country, already mourning the end of the economic boom, became fixated on Susie, a symbol of outlandish good times. Jimmy's publisher hopes to cash in on this nostalgia and has already paid him an advance.

The half-spent advance is one reason why Jimmy doesn't take kindly to Phil Sweeney's request to drop this project, even though Jimmy owes him many favors. Sweeney is Jimmy's dad's former business partner. Dec Gilroy and Sweeney ran a media communications company, but Dec's real love was politics; specifically, he liked analyzing what makes public figures tick. Dec was thrilled when the teenaged Jimmy showed an interest in journalism. He quickly handed Jimmy his dog-eared Picador and Penguin classics by writers such as Mencken, Seymour Hersch, and Hunter S. Thompson. It was more than a crash course in reporting; it was a statement of Dec's values and a mission by proxy. Jimmy is committed to the ethics of journalism, and allowing Sweeney to steer him away from a story isn't Jimmy's idea of how a reporter should behave. There's another consideration--Susie's beautiful sister, who has opened up to Jimmy. Jimmy refuses Sweeney's request.


The pressure on Jimmy only increases. If he backs off the Monaghan book, he can co-write a book with former Irish Prime Minister Larry Bolger. Because he's currently unemployed, Bolger has plenty of time to hit the likker cabinet and act as a loose cannon. Jimmy reluctantly agrees; however, one of Bolger's verbal cannon balls hits Jimmy squarely between the eyes. Susie's death may not be what it seems. Despite tremendous personal danger, Jimmy is determined to uncover an ugly stew created by unbridled political and business ambitions.

A thriller whose reader is kept a few steps ahead of the protagonist is an iffy proposition. It can be boring, waiting for a book character to catch up, and the character can appear annoyingly oblivious or stupid as a result. Glynn deals with this problem very well. During most of the book, Jimmy doesn't know as much as I did, but I didn't know everything, either. Glynn parcels out information in a very controlled way, whetting the appetite for more. When I was caught up on the back story, I enjoyed watching Jimmy dig in the past of his co-characters, while they scheme in the present. Eventually, we were all up to speed.

The characters are very interesting folks. Glynn peels off their skin, and you can see into their brains and hearts and understand what motivates their behavior. Jimmy reminds me of metro reporter Jude Hurley in John Darnton's Black and White and Dead All Over. While Darnton's book is set in the offices of The New York Globe, and Glynn's book never enters the newsroom, both Hurley and Jimmy share a good reporter's nose for a story and the doggedness that delivers it to an audience. Both also share a love of investigative journalism's traditions and a despair of its current state. I want you to have the fun that I did in figuring out who's who and the roles they play in the story Jimmy pursues, so I won't say anything more. Be patient; the characters will drop their masks and you'll see what they've done in four story lines that shift locations until they meet near the end. I didn't gain much of a sense of Dublin, but I did get a disturbing look at life in the Congo. Unfortunately, the plot is believable, unless your name is Pollyanna or you still believe Santa Claus squirms down your chimney to deliver a bag of toys. I'll tell you the truth: there's no Santa Claus, but Alan Glynn's Bloodland is riveting entertainment. I swear.

Note:  I received a free review copy of Bloodland, which was published in January by Picador. 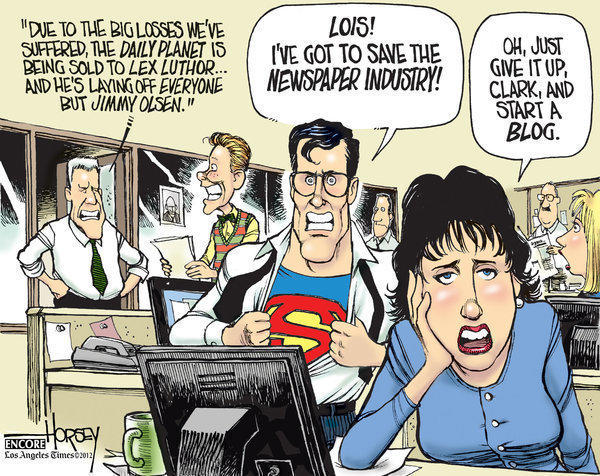 Posted by Georgette Spelvin at 8:42 PM