After 12 consecutive days of sweltering heat and humidity, interspersed with violent nighttime thunderstorms, my brain feels like an egg that's been slowly fried and dried on a dashboard. And we're among the lucky ones; neighbors a few miles to the south have been without power for almost a week. In conditions like this, my TBR pile looks intimidating and unappetizing. I want familiar, comforting amusement, preferably with gelato. Lots of gelato.

The 3Cs (crafting, cooking, and coffeehouse) genres, once favorite light reads, have been so flooded recently with bland, generic stories and characters that I've rather lost interest in them. Many of them feature airhead protagonists (and why are they always women?) who frequently require rescuing from their own nosy stupidity. The second time that I want to shake a heroine until her teeth rattle I put the book down for good. Life is too short for that!

Kerry Greenwood's Corinna Chapman series, about an accountant-turned-baker, came as a welcome exception to this general dumbing-down of the genre. Corinna owns and operates Earthly Delights, a small bakery in center city Melbourne, Australia. It is located on the first floor of the Insula, a quirky apartment building designed like an ancient Roman villa. Corinna used the buyout from her accounting job to purchase both the bakery and her apartment, named (not numbered) Hebe, directly above it. She lives with her house cat Horatio, and has two volunteer stray cats that do rodent patrols in the bakery at night.

Corinna operates her bakery with only some part-time counter help, so her days are long. In Earthly Delights, the first of the series, she opens her bakery door early one morning to let her rodent police, Heckle and Jekyll, out and finds a young girl dying in the street, apparently of a drug overdose. While Corinna's quick response saves the girl, similar drug-related deaths begin to occur around the city. Meanwhile, Corinna and her neighbors in the Insula are being harassed by an anonymous religious fanatic, who leaves threatening letters and defaces and damages the shops. While this series has a wonderful cozy feel to it, there is some rough language––it is the inner city, after all––and some sweet, not-too-explicit sex. Corinna and her community remind me of Armistead Maupin's characters in Tales of the City; bittersweet and very funny. I was so enchanted by the setting, characters, and sly Australian humor in Earthly Delights that I have ordered the rest of the series. When sexton Willie Boyd of St. Barnabas Episcopal Church is found dead in the choir loft (having spewed all over the keyboards of the organ in the process), Chief Detective Hayden Konig suspects poison. It was poison, but the bottle of sacramental wine Willie had filched and drunk, the only thing he is known to have consumed, is not the source. Many people disliked Willie, including the new priest, Mother Lorraine Ryan, whom many Church members find almost as disagreeable as Willie. 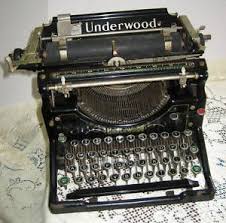 While suspects in Mark Schweizer's The Alto Wore Tweed are plentiful, clues are sparse, and the motive remains a mystery. This novella is interspersed with chapters from Hayden's unfortunate efforts to write a mystery novel in the style of his hero, Raymond Chandler. He has gone so far as to acquire one of the master's manual typewriters in the hope that it will inspire him.

But the Chandleresque story Hayden is writing, while amusing, is not nearly as exciting as the real-life events this autumn in rural North Carolina. The escape of the helium-filled life-sized naked dolls on their way to a bachelor party has dire consequences right through Christmas. And the competing Live Christmas Nativity Displays (one with amorous camel) create such an uproar that it's a wonder Hayden can finally solve his case. This wonderful bit of slapstick mystery is the first in a series, and to my mind still the best.

Brat Farrar, by Josephine Tey, is one of those classic mysteries I return to every few years. Brat, who ran away from a London orphanage, wound up in the American West, where he broke and trained horses and hoped for a career in rodeo. A leg injury ended those hopes, so he returned to Britain to bitterly reconsider a bleak, horseless future. There, a chance encounter with an out-of-work actor, who confuses him with a young neighbor believed drowned by suicide years earlier, offers him an opportunity he could never have dreamed. Alec Loding swears that Brat is the image of the late Patrick Ashby, whose body was never recovered. Patrick, who would have inherited the lovely little horse farm of Latchetts on his upcoming 21st birthday. Whose reckless spendthrift brother, Simon, will inherit the farm––unless Patrick returns. Loding wants to pass Brat off as Patrick, in return for a very modest income, which the estate can easily afford. After much agonizing, Brat takes on the criminal challenge––and the new identity. Alec, who grew up with Patrick and Simon, coaches Brat so thoroughly that even the family lawyer is convinced before sending "Patrick" down to Latchetts to be reunited with his family.

Tey was fascinated by moral and ethical dilemmas, and often put her characters into situations that tested their limits severely. Brat is a basically honest young man caught up in an increasingly intolerable trap of his own making, until the fiction he struggles to maintain smashes against the reality of murder. No humor here, but a story and a mood that linger pleasantly. Maybe next week the weather will break, and the TBR pile will toss up something interesting. Until then, it's nice to have some old friends at hand to revisit.
Posted by Periphera at 4:00 AM