As my blog mates know, I dread making these yearly lists of favorite reads and think of them as a final exam in electricity and magnetism (my antiperspirant got a challenge during that physics class). Now that I've started listing, though, I'm having trouble finishing. I could go on and on, telling you about books I loved reading last year, and then I could tell you about some of the books I most regret not yet reading!

Some of my most enjoyable reads weren't the best written, but they made me think or were spot-on for my reading mood at the time. Okay, here are more books I liked in 2014. In a post about giving books as gifts, I suggested Marlon James's A Brief History of Seven Killings (Riverhead, 2014). It was inspired by the attempted assassination of Jamaican singer Bob Marley in 1976, and the (never named) singer's presence and influence permeate this novel. The primary setting is Jamaica over three decades; the primary themes are corruption and power. There's fighting between rival Kingston ghetto gangs and the two political parties that back them, the meddling we've come to expect from our government and the CIA, excruciating poverty, and the rise of the drug trade.

It takes some patience to become acclimated in A Brief History because you're thrown in and expected to immediately start swimming through multiple narrators; prose in various styles, including patois; and a huge cast of characters, although there's a helpful cast list several pages long at the beginning. If you're familiar with Jamaican history, it will enhance your reading, but it's not necessary. The book is as entertaining as other recent memorable books of historical fiction: Elizabeth Gilbert's Signature of All Things (Riverhead, 2013), James McBride's Good Lord Bird (Riverhead, 2013), and Vikram Chandra's Sacred Games (HarperCollins, 2007). If you're a fan of James Ellroy or George Pelecanos, I think you'll particularly enjoy these 675+ pages.

I'm keeping a tight rein on myself, because I love, love, love good books of 700 or more pages, and I don't want to get sidetracked into talking about them. Oh, I can't stand it. I'll just mention a couple: Underworld, by Don DeLillo, which begins with a 1951 Brooklyn Dodgers-New York Giants baseball game and morphs into an epic of the Cold War and its aftermath; and the beautiful, autobiographical A Book of Memories, by Péter Nádas. Then, too, there's Michel Faber's The Crimson Petal and the White, about Sugar, a teenage prostitute, who hankers after a better life in Victorian London.

Faber doesn't write the same book twice. His third novel, The Book of Strange New Things (Hogarth, 2014), is a 500-page book of science fiction set in the future. Faber's interest isn't really in technology and science; rather, it's a moving and thought-provoking contemplation about marriage, spirituality, faith, and redemption. Earthlings, whose planet is deteriorating due to climate and economic conditions, are establishing their first extraterrestrial colony on the planet Oasis. The settlement is supported by a shadowy global corporation, USIC, but the native Oasans (sensational characterization, by the way) refuse to cooperate with the settlement unless a new Christian pastor comes to replace the one they've lost. USIC selects a former drug addict-turned pastor, Peter Leigh, whose wife, Bea, remains in England while he goes on a planet-hopping mission to Oasis. Peter and Bea stay in touch through emails, but conditions on Earth deteriorate––and Bea's situation becomes desperate. Peter is caught between his work for God and his love for his ever-more-far-away wife.

Michel Faber's wife died shortly before The Book of Strange New Things was completed. Faber has stated it's his last book of fiction. I guess 2014 was my year for reading novels that reflected on spiritual redemption; however, you don't need to possess any religious orthodoxy to appreciate Marilynne Robinson's beautifully spare writing about spirituality, relationships, and the human condition. Her Gilead trilogy is set in the tiny town of Gilead, Iowa, during the mid-20th century. These books are quiet, leisurely paced, and character driven. In the Pulitzer Prize-winning Gilead, elderly Congregationalist minister John Ames writes a long, conversational journal entry about life for his young son to read––or not read––when he's a grown man. The second novel, Home, is set concurrently with Gilead, and features John Ames's best friend, Rev. Robert Boughton, as he struggles with his alcoholic prodigal son, Jack.

Lila (Farrar, Straus & Giroux, 2014), which completes the trilogy, focuses on the story of the homeless young woman who appeared out of nowhere in Gilead one rainy day, married Ames late in his life, and bore their son. By the time I finished Lila, I felt I knew a real person. It's possible to read these books in any order or as standalones, but I think they work best read in the order they were written. 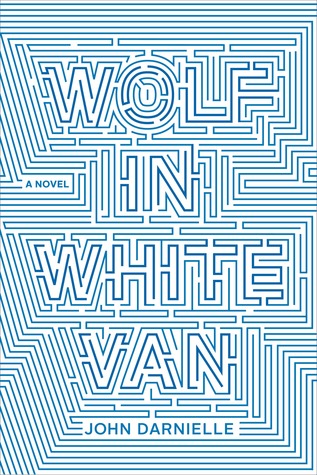 It's hard to write about Wolf in White Van (Farrar, Straus & Giroux, 2014), musician/song writer John Darnielle's first novel, in a way that doesn't spoil it for a potential reader. It's one of those books in which the way the story is told is not only as important as what actually happens, it's integral to the meaning of what happens. It's about choices, despair, and a search for meaning in a landscape where time and space, and imagination and reality, are fluid. Writing it took a lot of skill.

The facts of the story are these: At age 17, Sean Philips suffers a devastatingly disfiguring facial injury leading to his isolation. He eventually turns the stories he tells himself about an imaginary world into a source of income: a text-based, role-playing game called Trace Italian. It's named after a medieval fortification that featured layers of defensive barricades branching far out from the central fort. Trace players navigate through a post-apocalyptic American landscape, with the goal of finding safety in this fortress. Sean's game was developed pre-internet, but Trace is similar to internet role-playing games in that the repercussions of players' choices determine their journeys. Players snail-mail their choices to Sean, who lives in southern California, and he mails them their corresponding instructions. The game could go on forever without a player reaching that illusory fortress. Then, something happens that takes Sean and the reader to both a beginning and an exit.

Needless to say, this book is not for those who like linear plots or for someone like Sister Mary's friend, who thought Moby-Dick is just a story about fishing. Wolf in White Van deals with alienation and tragedy, and it still haunts me. Here's another haunting book, Richard Flanagan's The Narrow Road to the Deep North (Knopf, 2014), winner of this year's Man Booker Prize. It's about an Australian surgeon named Dorrigo Evans, who at age 77 is a war hero and recipient of many honors; yet he never feels he measures up and suffers from chronic unhappiness. Is it because Dorrigo lost the one he loved, or is it due to trauma from the war?

Flanagan touches on Dorrigo's service in World War II as he tells us about Dorrigo's life, but then he zeroes in, and we find Dorrigo was one of a group of Australian POWs who worked on the Thailand-Burma Death Railway. (Flanagan's father survived his labor on that hellish Railway and died as Flanagan completed this manuscript.) As his senior officers die, Dorrigo is placed in charge of 700 sick and debilitated POWs. The supplies in the prisoners' medical tent consist of little more than rags and a saw, and some of the scenes in which Dorrigo doctors his fellow POWs were very difficult reading. Painful, too, was comprehending Dorrigo's moral dilemma when every morning he must pick which men will form the day's labor crews.

Flanagan occasionally shifts to the Japanese guards' points of view (during and long after the war), and we come to understand how these men saw dying in the service of the Emperor as the ultimate honor and were able to treat their prisoners so inhumanely. The heartbreak in this book is almost unbearable because Flanagan lets us get to know his characters as individuals, but this is what makes the book worth reading. This is a classic book of war fiction. A love of apples might be in my genes because my family has lived in Washington state for generations. I'm not quite as obsessional as Leonard Dickinson, who ate an apple every night before retiring (in Cyril Hare's 1939 mystery, Suicide Excepted), but I'm in that ballpark. I collect books about apples, and that's why I  grabbed Rowan Jacobsen's Apples of Uncommon Character: Heirlooms, Modern Classics, and Little-Known Wonders (Bloomsbury USA, 2014). The 320-page book contains more than 150 beautiful photographs and information about 142 apple varieties, including the Knobbed Russet, which looks like "the love child of a toad and a potato." It is organized into six sections: summer apples, dessert apples (for eating rather than cooking or baking), bakers and saucers, keepers, cider fruit, and oddballs (those apples that don't fit neatly into the other categories). It ends with a variety of 20 recipes.

Jacobsen's writing is informative and entertaining. He includes resources for buying apples and growing them and an apple festivals guide. If you've been eating Red Delicious apples all these years because you don't know what else to eat, this book is for you. Of course, it's also for people who don't think of a computer company when they hear the word "apple."

Now you'll have to excuse me, because all this thinking about apples is killing me, and I must eat some apple pie.

Posted by Georgette Spelvin at 8:34 PM