A Stranger and a Thief

This has been a peaceful day. Or maybe a better way of putting it is to say that I have made peace with what I haven't done and still have time to do before Christmas. Somehow time slips away, especially if I'm trotting the globe in my reading.

Based on its themes, Andrea Camilleri's The Potter's Field is a better book for reading at Easter than at Christmas but that's not to say I'd suggest putting it off until then. The Bible's New Testament states that temple elders used the 30 pieces of silver given them by Judas, after he betrayed Christ, to purchase the potter's field for a burial spot for strangers. In this thirteenth Inspector Salvo Montalbano book, a garbage bag containing the dismembered body of an unknown man is found at the place called 'u critaru (Sicilian for the clay field). The plot also employs biblical themes of betrayal, prophetic dreams, feuds, rains that mimic the Great Flood and sins of lust and murder. 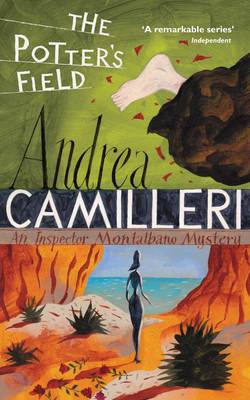 There is often friction between Montalbano and his men of the Vigàta police precinct, but for the past few months Inspector Mimì Arguello has been unusually short-tempered and Fazio and Catarella are barely coping with him. Montalbano hasn't noticed. He's been too busy feeling his age, ignoring telephone calls, feuding with the press, walking on the beach and ensuring his appetite is satisfied. Now he has no choice but to pay attention to the murder investigation and unhappiness of those around him.

The Potter's Field was translated from the Italian by Stephen Sartarelli and published by Penguin Books in 2011. As usual with this series, the Sicilian food is mouth watering, Montalbano's "bullshitter extraordinaire" moments are entertaining, the characters are colorful and the plotting is good. It was awarded the 2012 International Dagger Award. Camilleri's Sicily is a feast for the senses. The Tokyo of Fuminori Nakamura's The Thief isn't the city of jostling crowds and neon lights. It's the anonymity and gloom of subway stations and dark alleys. The narrator is a pickpocket (his name, Nishimura, is mentioned once) who has been stealing since he was very young. He is an expert at assessing wealth by apparel. Nishimura dresses to blend in with the crowd. He is never more alive than when he gets close to his mark and uses two fingers to lift a wallet. Then a quiver goes up his arm and the tension in his body leaks into the air. Sometimes Nishimura finds wallets he has no memory of taking in the inner pockets of his suit and he sees towers where there aren't any. (When he was young, there was always a tower in the distance.)

At one time Nishimura worked with a partner, but now he and Ishiwaka are just friends. He has begun a friendship with a nameless prostitute, whom he spots shoplifting in a store, and her nameless young son, who is beginning to steal, when Ishiwaka recruits him for a home robbery planned by a criminal called Kizaki. This is a bad mistake and Nishimura will need all the skills he can muster. This isn't typical noir. It's not easy to convey its strangeness. It's as if it's narrated by an emotionally claustrophobic being. At the same time it's compulsive reading. Nishimura's voice is spare and cryptic, the pace is fast and unusual details are the usual. When Nishimura buys cigarettes and coffee at a convenience store, "the clerk bellowed, 'Thank you very much!' like he was insane." I enjoyed this story of an alienated thief whose main connectedness with other people is the moment at which he's lifting their wallets from their pockets. What does this say about the society in which Nishamura lives? The Thief was translated from the Japanese by Satoko Izumo and Stephen Coates and published in 2012 by Soho Crime. It won Japan's 2009 Oe Prize.  I will look forward to more from this young writer.

I'll tell you about James Church's A Drop of Chinese Blood next time. Have a very Merry Christmas.

Posted by Della Streetwise at 7:48 AM