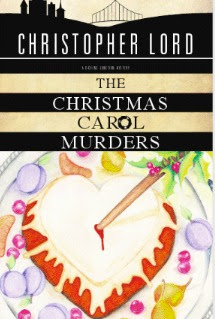 But I am sure I have always thought of Christmas… as a good time: a kind, forgiving, charitable, pleasant time: the only time I know of in the long calendar of the year when men and women seem by one consent to open their shut up hearts freely and to think of people below them as if they really were fellow passengers to the grave, and not another race of creatures bound on other journeys. And therefore… though it has never put a scrap of gold or silver in my pocket, I believe it has done me good, and will do me good: and I say God bless it! (A Christmas Carol, by Charles Dickens)

In The Christmas Carol Murders, by Christopher Lord, we are introduced to Simon Alastair, who is the proprietor of a bookstore in the hamlet of Dickens Junction, near the Oregon coast. The town was founded by his grandfather as a tribute to Charles Dickens and the ideals he espoused in his literary works. Naturally, in the town center there is a statue of the author, and most of the businesses in the square have either Dickensian motifs or are named after one or another of the characters that Dickens brought to life. Simon's store is called Pip's Pages, the local inn is Bleak House and of course there is an Old Curiosity Shop. 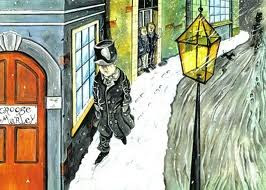 Dickens Junction comes to life at Christmas, when there are several events that attract the tourists; the first of which is a series of tableaux commemorating selected scenes from A Christmas Carol. Many of the merchants in the square participate, but of late they have been pestered by a newcomer to town, Mervin Roark, who is representing a group called Marley's Enterprises. He is offering exorbitant amounts of money for the property in the environs of the square. He refuses to tell anyone what the purpose behind the purchases is. But Dickens Junction, like many places, is suffering greatly from the recession––or, as the merchants refer to it euphemistically, an economic downturn. Many could find security with this monetary offering. Before he has been in the town long he is dead, murdered in a Marleyesque fashion. Jacob Marley, who was Scrooge's business partner, is known to be as dead as a doornail. Roark is killed by a doornail. And his body is discovered at the Christmas Carol staging.

The next event is a competition for the best Dickensian village reconstruction, but this too is marred by the grotesque discovery of another body. The discussions about motive swing widely from the idea that someone who wants to preserve the village's way of life is on a rampage, to the notion that Marley Enterprises group has a subversive intent to do as much damage as possible. Simon feels that he is well placed to do some sleuthing on his hometown's behalf.

Simon is an interesting character who is a bit of an egoist. He only sells books in his store that he has read himself. If a young person comes in to buy a current book about zombies or vampires, he or she won't find it on the shelf, and Simon hopes the youngster will take My Ántonia instead and begin a life-long journey into great literature. Not that he likes all the books he has read, and he can't believe the rate at which the Ayn Rand books are vacating the shelves. He also begins to see that there is a growing interest in Rand's philosophy of individualism and the ideas that those with great minds are better than all other humans. 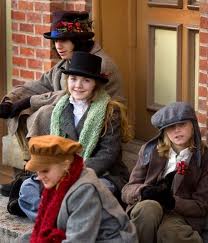 So, while on the surface the story is about a murderous Christmas, there is an underlying comparison between the collectivist philosophy of some of Rand's books and the idea of a social conscience that Dickens espoused. Who should be first? The group or the individual? I came out on the side that it is the time of year for the lion to lie down with the lamb.

The story has a romantic subplot that is engaging. I did have to Google the definitions of certain fashion terms that Simon knew much better than I. There were the peplum jacket, the sock monkey PJ's and, finally, kitten heels. I didn't know cats had any.

There are many quotes taken from A Christmas Carol, but I am guessing that the best known comes from the stingy Scrooge who said a great deal with two words: "Bah Humbug."

There is a different tradition on the Mid-Atlantic Coast that is on many a bucket list, and that is to visit the historic Williamsburg area during the holiday season. The decorations, all made of natural materials, are famous. If you didn't make it this year, take a leaf out of my book, which is Poison to Purge Melancholy by Elena Santangelo. This is the third in a series featuring Pat Montella, a woman from a large Italian family from Philadelphia who moved to Virginia to inherit an old estate, since she is the only remaining member of an old Confederate family. It is in Virginia that she first encounters both history and ghosts. 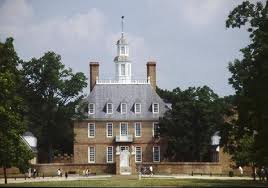 It is Christmas Eve when our plucky Nancy Drew-like heroine travels to Williamsburg to meet her boyfriend's family for the first time and to spend a few days in one of the colonial houses that were part of the original dwellings present at the time of the Revolutionary War.

As soon as Pat enters the house, she begins getting strange sensations, which she tries to ignore, but this isn't like any haunting she had ever experienced before. Her prior spook sessions had never been frightening; at least she hadn't feared for her personal safety. 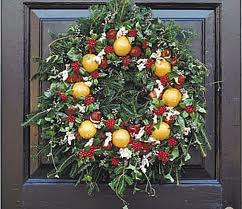 The narrative comes from two first-person characters, as the story skids to 1783, then back to the present. One of these is Pat and the other is Ben, a somewhat mysterious man who was in the war and is now making his way in Williamsburg, taking what work he can, as well as entertaining many with his excellent fiddle.

As in Santangelo's previous stories, Pat acts like a conduit from the past to the future. But she is also astute enough to help solve murders that happen around her and she solves past mysterious happening as well.

The background of the story was very entertaining as well, because Pat experiences in her own life certain traditions and customs of the past. Her hostess is an expert at historic recreations, such as the typical festive meals that would have been identical in the hard days of the new republic. There are also a few traditions that only take place in a few areas, like the Firing of Christmas Guns and mummery, which was later outlawed because it is nothing short of robbery by gunpoint. Nowadays, the only mumming is seen at parades, like the Philadelphia New Year's Day parade and at Mardi Gras in New Orleans. 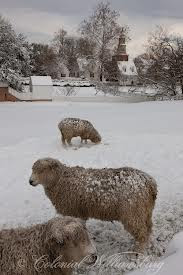 The description of the holiday meal was fascinating, as the modern-day cooks make the dishes with the same ingredients as might have been available 250 years before. Even in times of hardships, the meal included four courses (or removes as they were called, because the diners left the table and relaxed in the parlor for a while) of at least 20 different dishes, all arranged geometrically and according to pattern, because the presentation was as important as the food.

There is a fine balance between the two story lines of the past and the present, and one reason for this is that methods of murder don't seem to change much over the centuries, except that the actual implements have improved over time. This is an enjoyable way to spend some free December hours between those spent creating your own traditions. 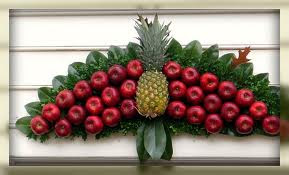