Long before Saint Patrick planted his staff in Ireland, pre-Christian Celtic people populated much of Europe, and it was their custom to divide the year by four major holidays. According to their calendar, the first day of the year fell on the day that would later correspond to our November 1st. The date marked the onset of winter and folks hunkered down for the lean times.

The festival observed at this time was the most significant of the Celtic year and it was called Samhain (pronounced Sah-ween). It was during this specific day that the ghosts of the dead were able to mix with the living, because it was at Samhain the souls of the dead travelled to the other world. As Christianity spread thoughout the world, the church's policy was to mingle ancient rites with Christian holy days, and November 1st became the Christian Feast of All Saints, while October 31st, All Hallows Eve, eventually came to be called Halloween. 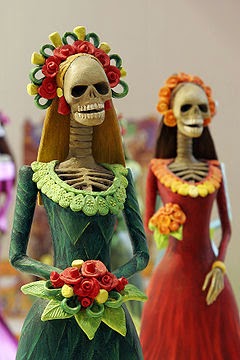 Mexico and other countries around the world call this day the Day of the Dead (Dia de los Muertos), and they trace their holidays back to an Aztec festival honoring the goddess Mictecacihuatl––but the holiday focuses on honoring the deceased. According to Wikipedia, there are similar celebrations in Asian and African cultures. Some cultures honor their dead by eating their brains to absorb their lives and memories. In Papua New Guinea this practice was endemic and so was the degenerative disease called Kuru––much better known to us in a form called Mad Cow disease.

I'll opt for a more straightforward way to honor the death of those mystery writers who passed on to the other world this year, and to thank them for providing enrichment to many lives. Here it is––the timeless in memoriam list:

Healy wrote two series that I have enjoyed over the years. John Francis Cuddy, a Boston-area PI, was Healy's best-known character. Cuddy began his career as a military police lieutenant in the dark days of the Vietnam conflict. He made his living solving cases that had fallen through the cracks of the judicial system. He was honest and of good character, but he could be violent if it was called for. Later, under the pseudonym Terry Devane, Healy penned a short series about lawyer Mairead O’Clare that I am looking forward to reading.

But in his real life, Jerry had his own demons to fight. From Sandy Balzo, his wife: "My heart breaks to send you all this news. As you may know, Jerry has battled chronic severe depression for years, mostly controlled by medication, but exacerbated by alcohol. Last night he took his own life." 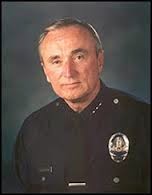 Before McNamara became the author of several crime novels, he walked a beat on the mean streets of Harlem. Along his way, he earned a Ph.D. from Harvard. After a long and illustrious career as a police chief in California, he wrote novels dubbed "cop noir." Many of his novels deal with the sin that Dante considered worse than murder––betrayal by someone trusted.

Dorothy Salisbury Davis's first novel was published in 1949. She specialized in the psychological thriller, laced with morality, motives and manners. Davis could appreciate the evil minds that lurked behind the façade of an ordinary face. She was one of the founders of Sisters in Crime, an organization whose goal was to overcome the tendency for many reviewers to concentrate on male writers. She wrote more than 25 novels in a writing career that lasted more than five decades.

My first acquaintance with Meyers was through the series he wrote in collaboration with his wife, Annette Meyers, under the name Maan Meyers. It took place in colonial New York City during the 17th, 18th and early 19th centuries. These stories really captured my imagination and I was never able to get hold of all the books in the series. The series began with The Dutchman and the main protagonist was Pieter Tonneman, the last Dutch sheriff of New Amsterdam and the first sheriff of New York. Meyers wrote other series as well, but it's the Dutchman series that I will read again. 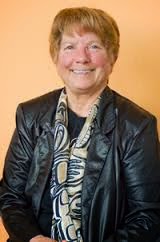 Authors who find their way into writing after many years have passed pursuing other interests always impress me. Allin's first mystery book was published when she was 55 years old. Awesome! Her first series features Belle Palmer, a realtor in Northern Ontario. And her second is about the activities of Holly Martin, a corporal in the RCMP on Vancouver Island. I have some of these on my TBR shelf because the location, the job and the woman herself intrigue me.

Thompson was best known for his amazing novels that fell under the category of Finnish noir. He wrote the Inspector Kari Vaara novels, the first of which, Snow Angels, was a sensation and was short-listed for the Anthony and Edgar Awards. Vaara was the police chief in a town in Lapland, but moved on to Helsinki where he was a homicide inspector.

An anthology edited by Thompson and containing one of his stories, Helsinki Noir, will be published posthumously in November. His last book, Helsinki Dead, was scheduled for release but it was unfinished at the time of his unexpected death.

Stewart was one of the most widely-read fiction authors of our time. While she was well known for her Arthurian fantasies, she also made her mark as the author of romantic suspense novels, which took place in exotic locations. Her books continue to be republished because interest in her stories hasn't waned.

My favorites are The Moon Spinners and Airs Above the Ground.

Melville's real name was Roy Peter Martin. After a varied career in teaching and politics, he travelled to the Far East, representing Great Britain as a cultural diplomat. In 1979, he went to Japan as the head of the British Council and there he began writing his fascinating series featuring Tetsuo Otani, the Superintendent of Police in Kobe. Melville presented a portrait of Japanese life caught as it was between the drive for modernism and the desire to preserve a very traditional past.

Ironically, he died just as Ostara Crime publishing was bringing his books back into print. I always felt his books were keepers and I still have copies of several of them.

Under the name Hampton Charles, he took on the responsibility of continuing the Miss Seeton mysteries originally written by Heron Carvic. These gentle stories were loosely based on Agatha Christie's Miss Marple series.

Partnered by her husband David, Aimée co-wrote three different mystery series, each chronicling the adventures of protagonists who were very different from each other. The first featured Ella Clah, an ex-FBI agent now working for the Navaho police on a reservation.

The second starred Sister Agatha, a nun who was once an investigative journalist, and this made for an unusual approach to crime solving. More recently, they wrote about an extraordinary vampire police officer in New Mexico called Lee Nez. These books are something I'd like to get my teeth into. 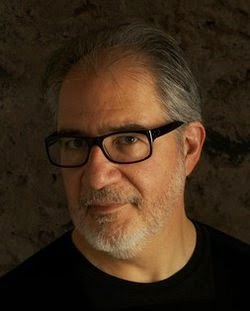 Bruno was known for his series of "Bad" novels––Bad Guys, Bad Blood, Bad Luck and more, featuring two FBI agents on the town in New York City. Later he wrote about partner parole violator searchers in New Jersey, Loretta Kovacs and Frank Marvell. Bruno is also the author of the crime novel Seven, based on the Brad Pitt-Morgan Freeman movie. Bruno's life was cut short by a cerebral hemorrhage.

Even though they were not writers of crime fiction, it is important to honor two great authors who were known to readers and non-readers alike. 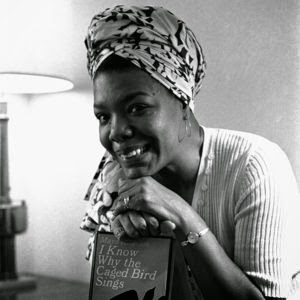 Poet and writer Dr. Maya Angelou (1928-2014) died at the age of 86, leaving a legacy of greatness that included writing, acting, lecturing and civil rights activism. She wrote: "All my work, my life, everything I do is about survival, not just bare, awful, plodding survival, but survival with grace and faith. While one may encounter many defeats, one must not be defeated."

One of her best-known works is I Know Why The Caged Bird Sings. I still recall the impact the book had on me when I read it. 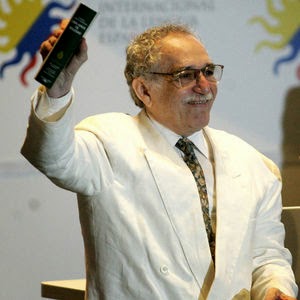 Gabriel Garcia Márquez (1927-2014) was a Nobel Laureate whose death was mourned around the world. He was widely recognized as the voice that enlightened us about the passions, superstitions, violence and social inequality of Latin America. Two of his well-known books are Love in the Time of Cholera and One Hundred Years of Solitude.

“Fiction was invented the day Jonah arrived home and told his wife that he was three days late because he had been swallowed by a whale."