I've always enjoyed Joseph Kanon's books, which are thrillers set in various places around the world, but all taking place shortly after World War II.  Kanon mines that same ground over and over because it's one of the richest veins of material you could ever hope to find.  The war has ended, but not the fighting. It is just a different kind of battle, and the players shifted around. No more Allies fighting Nazis; now it's the Cold War, with Berlin being dead center in the new conflict.

Alex Meier, Leaving Berlin's protagonist, had been a celebrated young novelist in Germany in the 1930s.  Alex was a Social Democrat with a Jewish father, and neither one of those were good things to be once the Nazis took over. But he was friends with the younger members of the powerful von Bernuth family, and their father got Alex out of the country before it was too late.  Alex's parents never got out.

Alex made a new home in the US, married and had a son. Then, along came the Red Scare and, suddenly, a young German socialist was in danger from the government yet again. To avoid being deported from the US permanently and losing all contact with his son, Alex agrees to act as a US government agent by returning to Berlin for a time; in particular to the Soviet Occupied Zone, where several other leftist German exiles had returned, the most prominent being playwright Berthold Brecht. Alex's assignment is to provide information about his friends in the new Germany, and if he does a good job, the promise is that he can return to the US.

Berlin in 1949 was about the most interesting place imaginable. Interesting in the usual sense, but also in the sense of the old curse, "May you live in interesting times."  The city was divided into four occupation zones for each of the Allied powers, but there was no Berlin Wall yet.  Tensions between the Soviets and the other Allies were increasing by the day, as the Soviets tried to squeeze the Allies out of the city, deep within the eastern half of the country, which the Soviets planned as a satellite state.

Along with the political and military Cold War, there was also a so-called Cultural Cold War. The Soviets and the West vied for superiority in literature, music, theater and all the other arts. The Soviets lavished privileges on artists who could burnish the reputation of communism around the world. Alex, who is well remembered as a novelist, is welcomed warmly in the Soviet Occupied Zone and treated as a valued member of the new socialist dream society. As an instantly prominent artist comrade, he can eat and drink off ration at the Kulturbund and is awarded a nice apartment all to himself, with a view to the street rather than the drab rear. 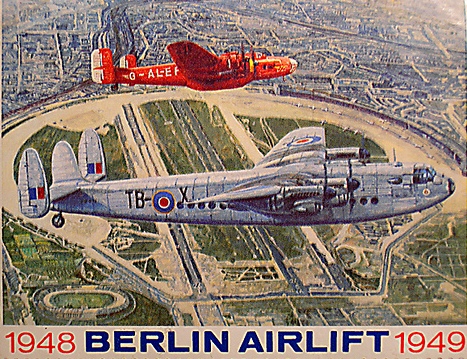 Alex quickly finds that Berlin is full of secrets and lies, with danger and betrayal all around him. This is no longer the city of his youth. His childhood home is rubble and his old and new friends may not be what they seem. Alex's reconnecting with his old love, Irene von Bernuth, who is now the mistress of a high-level Soviet military man, excites his US intelligence contacts, but it endangers Alex's heart and much more. What was supposed to be a quick and easy job soon turns deadly dangerous, and Alex must rely on his wits to save himself and those he still feels loyal to.

I've read a lot of espionage thrillers, but this one has one of the most satisfyingly twisty-turny plots ever; enough to make your head spin and heart pound. Along with the complex and exciting plot, Kanon delivers a large cast of realistic characters, starting with Alex, but also including childhood friends (especially Irene von Bernuth), Soviet officers, Alex's minder from the Party, intelligence contacts and more. Kanon also has a gift for invoking the atmosphere of the ruined city and what Berliners do to survive in the new reality.

This is Kanon's second book set in Berlin, with the first being The Good German (2002), made into a movie starring George Clooney and Cate Blanchett. This is a very different story, but also one that would make a terrific film. I feel sure of that, because Kanon's powerfully evocative writing turned it into a story that played out in my head as a movie while I was reading.

Another particular strength of the book is the focus on the return to East Berlin of so many members of the cultural and intellectual elite who missed their homeland and were true believers in the communist cause. They included Brecht and writers like Arnold Zweig, Anna Seghers and Stefan Heym.

Initially celebrated and given privileges not available to others in the workers' state, the returnees who spent the Nazi years in the West, rather than in Moscow, soon found their situations changed. Stalin and his henchmen began an "anti-cosmopolitan" campaign in 1950, targeting those who had spent time in the West. Many were expelled from the Communist Party, imprisoned on trumped-up charges and worse. If you'd like to read more on the subject, you might try Edith Anderson's Love In Exile: An American Writer's Memoir of Life in Divided Berlin (Steerforth Press, 1999). Or, to read about Bertold Brecht's tumultuous history with his native country, as well as his friends, colleagues and lovers, check out a new book by Pamela Katz: The Partnership: Brecht, Weill, Three Women, and Germany on the Brink (Nan A. Talese, January 6, 2015).

Note: Thanks to the publisher for providing a review copy, via NetGalley.
Posted by Sister Mary Murderous at 4:00 AM