There's a little bit of Irish in all of us on March 17, and if you can't march along the Hudson, dance a jig or sing all the Irish songs you know, reading a good story is the next best very Irish thing to do. While you are at, it take a small Irish libation to your favorite reading spot. 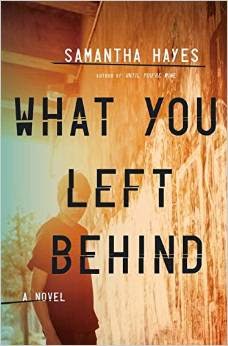 Samantha Hayes made a reputation for herself as a master of the twisted psychological creepy tale in her debut novel Until You're Mine (Crown, 2014). In it, she introduced Detective Inspector Lorraine Fisher, who returns in What You Left Behind (Crown, April 14). Lorraine was having marital troubles during her first case, and she finally left her husband. She decided to go visit her sister, Jo, in the upscale village of Radcote, Warwickshire. Instead of peace and quiet, she finds that despite the affluence of the area, there is an underlying sadness. In the recent weeks, there has been a cluster of teenage suicides. Jo is afraid that her 18-year-old son, who is sullen and distant, may be at risk as well.

Lorraine digs into the deeply disturbing and emotional issues of what may be driving these deaths. The themes of teenage suicide and bullying should make for a disturbing read, but unveiling secrets is what mysteries are about. With a tale like this, a tot of Irish whiskey may warm the cockles of your heart. 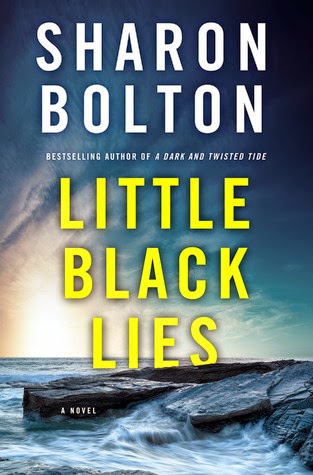 It is always fun to read mysteries set in far-flung locations, and I was immediately intrigued by S. J. Bolton's Little Black Lies (Minotaur, May 19). This novel takes the reader to the Falkland Islands. It sounds like a British village mystery with an exotic flavor.

The suspenseful tale begins with a missing child. Then another goes missing, then another. This is a very small community, relatively cut off from strangers and passersby, and so the microscope turns on the community itself. Naturally, no one feels safe and the hysteria rises by the hour. Even those without any secrets at all are afraid to trust even their best friends. 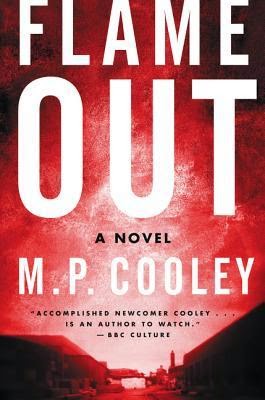 Secrets seem to be a common theme in mysteries and thrillers, and there are plenty in M. P. Cooley's Flame Out (William Morrow, May 19). When I read the words "spinning out of control" in the description of a story, I wonder whether I want to get on the merry-go-round again. On the other hand, I do have a fondness for the "cop leaves the big city for the small town" scenario. Not that we can all agree just what constitutes a small town––my own definition includes less than a dozen traffic lights and no Starbucks.

June Lyons is an ex-FBI agent who has become a police officer in Hopewell Falls––a misnomer for this small town if there ever was one. There are plenty of towns in what is called the Rust Belt of upstate New York. Part of June's job is to keep an eye on played-out factories and other businesses along the Mohawk River. June is following in her father's footsteps. He patrolled these same areas a generation ago. He once arrested a factory owner who was accused of killing his wife and child––whose bodies were never found. When June discovers the body of a badly burned woman in an old apparel factory and, later, another corpse, is it too coincidental to think that the deaths of the past may be connected to the present murders? In this case, some steaming Irish coffee will hit the spot as you ponder that––for what cannot be cured, patience is best. 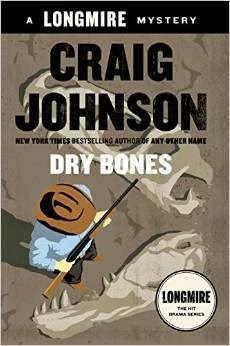 I look forward to Walt Longmire's latest adventure with as much anticipation as I do the long-awaited harbingers of spring. In Craig Johnson's Dry Bones (Viking, May 12), Walt takes on the coldest case of his career.

You would think that if an old bone is found on the plains of Wyoming, it would be passed over as just a bit of another longhorn carcass. But no, a sharp-eyed Cheyenne rancher recognized these dry bones as a segment of Tyrannosaurus rex, attached to the most nearly complete dinosaur T. rex fossil ever found. Eagle eyes don't help the rancher in other ways, because he is found murdered not long after his discovery.

Who owns these old bones, anyway? Is it the rancher, Donny Lone Elk's family, the Cheyenne tribe, the state of Wyoming or Absaroka County? One thing Walt is good at is a balancing act that will measure a 66-million-year-old cold case against the skills of Longmire, Standing Bear, Moretti and company. I use that pre-order button on books like these. Ancient Irish moonshine called Poitín is just the tipple to accompany any saga of old bones. 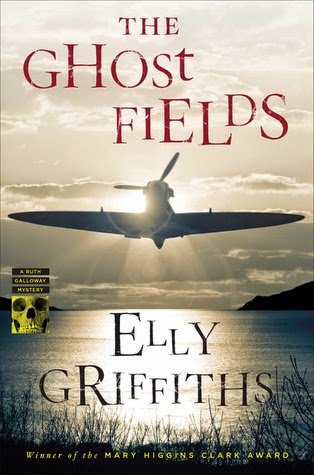 It is human bones that interest forensic archeologist Ruth Galloway, and in Elly Griffiths' The Ghost Fields (Houghton Mifflin Harcourt, May 19), she gets another chance to use her expertise. Ruth and her young daughter live in the marshy Norfolk area, which is suffering from summer heat. It makes my bones warm just to think about this.

Ruth works at a local university and is frequently called to assist police investigations. Naturally, she is called when a construction crew uncovers the crash site of an old World War II plane, complete with dead pilot in the cockpit. This is an area of Britain that is scattered with deserted air force bases,now referred to as the ghost fields, and they have an aura about them. The field in question in this story also has an odor about it, since it has been converted to a pig farm. It doesn't take long for Ruth to realize that the body in the plane is not of WWII vintage. He is a local aristocrat who had been reported lost at sea, and he belonged to the family who runs the pig farm. Not only that, but it seems that the pigs are covering up more than old bones.

Griffiths' books are always edifying, and Ruth's pas de deux with DI Harry Nelson gives the books a little spice. Guinness would be just the beverage to accompany a story that reminds us that when the tongue slips, it speaks the truth. 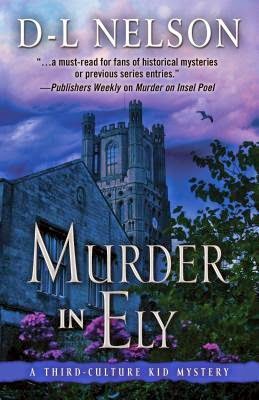 D-L Nelson is a Swiss-American writer who has found a niche writing stories about third-culture kids (TCKs). She came to the field naturally, because she is one herself. TCKs or 3CKs are children raised in a culture outside of their parents' culture for a big part of their youth. An example would be a child born of French parents who live in Venezuela. The third culture is the amalgamation of the first two cultures.

Murder in Ely (Five Star, May 6) is the sixth of D-L Nelson's series on TCKs. The stories revolve around Annie Young-Perret, who has spent much of her life in Europe, making her living as a translator. In Murder in Ely, she is newly married to a French police detective, and she is spending some time in the English cathedral town of Ely with some friends who get caught up in a murder investigation. Her original purpose for the visit was to attend some book signings for her newly-published historical biography.

Historians make good sleuths, so Annie gets involved in the murder case while trying to keep a bunch of twirling plates acrobatically aloft. Authors writing about writing are penning what they know, and it usually makes for an entertaining read.

Bailey's Irish Cream is a beautiful blend of flavors to remind us that there are no strangers here, only friends you haven't met.

I am always looking for a humorous read at the end of a day's work and Man at the Helm (Little, Brown, March 10) by Nina Stibbe is billed to be just that.

The narrator is the nine-year-old Lizzie Vogel, who is the middle child in a family falling apart. It’s the 1970s and divorce is more and more common, but not exactly accepted in the village where the Vogels have relocated. The real cause of the children's isolation is that their mother is a mess. She's depressed, downtrodden, addicted to drugs and alcohol, and has apparently left her better self far behind.

If the children are not to be snatched up by social services, they have to take their future into their own hands. To this end, they plan to get their mother a new boyfriend, someone who will do more than spend time in the mother's bedroom. The girls set up a series of encounters with a variety of candidates, which the reviewers describe as hilarious, ranging from the ridiculous to the absurd.

It will take a deft hand to change a story such as this from a tragedy into a comedy, and I look forward to reading Stibbe's book. Ireland's number one fruit cordial called Miwadi. It comes in plenty of flavors, is loved by children and apparently is a hangover cure as well––suiting all the members of this household, as they count their blessings.

Posted by Maltese Condor at 5:33 PM