As I sit here watching the icicles form on the holly bushes and birdhouses just outside my window, it seems my spring reading list is skewing just a little bit to novels that are taking place where ice cleats are not de rigueur. At least some of my favorite authors are brightening the reading landscape this spring.

Even though in Six and a Half Deadly Sins (Soho Crime, May 19), Colin Cotterill’s Dr. Siri Paiboun has already retired twice from his post as the National Coroner of Laos and left 70 far behind, he is intrigued by an unusual package that arrives in the mail. It is not exactly a present; it's more like an invitation to solve a puzzle. The first clue is the remnants of a human finger sewn into a garment worn in northern Laos.

This is, after all, the 1970s, and Vietnam is invading Cambodia. With more than that going on, Siri hastens north with his usual coterie: invaluable Nurse Dtui and her husband, Inspector Phosy; Mr. Geung, the lab assistant, who has Down's Syndrome; Ugly the Dog; and, most important of all, Mrs. Paiboun to keep them all straight.

This is an addictive series, both unusual and endearing, and best started from the beginning with The Coroner's Lunch (see review here).

Quite the opposite from Siri Paiboun is Estelle Reyes-Guzman, in a long-running series by Steven F. Havill, which takes place in the southwestern state of New Mexico. Estelle is a young woman who is the undersheriff in Posadas County. She has a busy job and a lively family. In Blood Sweep (Poison Pen, April 7), Estelle is torn between her duties as a mother and those of her job. Her eldest son, Francisco, is a gifted pianist, and he is touring parts of the country under the auspices of his music school. Estelle is concerned when she learns the tour has also taken Francisco to some crime-ridden areas of Mexico, but she is tied down with other responsibilities.

At the same time, the other main series characters have their own problems. Sheriff Bobby Torrez is in danger, and something has happened to old standby Bill Gastner. Talk about a rock and a hard place. Havill's characters always take the calm, reasoned approach to problems and never fly off half-cocked. Estelle will save the day. I have this book on order as we speak!

Now, if you need something more calming because your doctor doesn't like your erratic blood pressure or the way your eyes keep popping in and out, it's time for a little Alexander McCall Smith. You might know him from his Botswana mysteries featuring the No. 1 Ladies' Detective Agency, his Sunday Philosophy Club mysteries with Isabel Dalhousie; or even his 44 Scotland Street series with six-year old Bertie Pollock, who has more fans than almost anyone else in Scotland––maybe more than Smith himself.

Have you heard of the Austen Project? Briefly, six current bestselling authors were paired with Jane Austen's six novels. The authors are to rewrite Austen's works with their own spin on the basic core of the plot. Sense and Sensibility was done by Joanna Trollope, and Val McDermid took on Northanger Abbey. I confess that I've read neither. But when I heard Alexander McCall Smith was tapped to do Emma: A Modern Retelling (Pantheon, April 7) in his inimitable way, I could hardly wait to see the results.

Emma is a young woman so self-possessed she is convinced her gift is to straighten out the messes others have made of their lives––but in the nicest way possible, of course. McCall Smith is a writer whose pen has the ability to draw the most accurate of portraits with gentle humor, penetrating insight and enough acumen to allow a reader to appreciate the trying aspects, as well as the strong points, of even the most difficult of characters. I am not sure if "gastroporn" is on my Dictionary Word of the Day app, but I got an inkling about what it means when I read what Chief of Police Bruno Courrèges does to a chicken as he prepares one of his scratch meals in Martin Walker's The Devil's Cave. All of Walker's books are filled with the delectable culinary adventures of the man who would make a great husband and father, but who so far spends his time taking care of his town and a few women who wander in and out of his life. If he can't be with the one he loves, he'll love the one he's with, as the Stephen Stills song goes.

So I am eager to read the American release of Walker's upcoming book, The Children Return (Knopf, April 28). (Walker's website states that this title was published in the UK as Children of War (Quercus, 2014).) The theme of this mystery is very topical because it is about an autistic youth from St. Denis, Sami, who has been kidnapped by Islamic extremists. Or did he go willingly? The fear is that he is going to be exploited because he is a genius with technology, and he has gathered an invaluable store of al-Qaeda intel.

Walker does his usual brilliant job of translating international events to a local rural French jargon and makes it all plausible and understandable––hopefully, even resulting in a resolution. P. L. Gaus has been writing a series based in Ohio Amish country for the past 15 years. One of his central themes has been how modern life intrudes on the quiet, ordered lives of the Plain people. While some of the crimes Gaus writes about are the usual murder, mayhem, grievous bodily harm, theft and the like, the way the crimes are handled––both by the sheriff and the victims––are not the usual. The sheriff is not Amish, but he works closely with the church elders and community leaders. In a place where the tenets of "turn the other cheek" and "forgive thy transgressor" abide, law enforcement takes on another meaning.

But when drug dealers and reluctant Amish drug mules enter the picture, creative measures are needed. Whiskers of the Lion (Plume, March 31) follows closely on his previous book, The Names of Our Tears, since both are related to protecting victims of a vengeful drug contact. Fannie, a young girl on the run, doesn't know whom to trust any more, and she will not be easy to help.

After all this, you need a cup of tea. Try some unusual blend and settle in with Laura Childs's Ming Tea Murder (Berkley, May 5). Theodosia Browning owns a shop that caters to the most exotics tastes in tea if you are lucky enough to live in Charleston, South Carolina. At a gala evening celebrating an exhibit of a genuine 18th-century Chinese teahouse, Theodosia's boyfriend, Max, asks her to check out a photo booth across the banquet hall while he speaks to a museum sponsor.

She meanders across the hall. When she gets to the booth, she finds it occupied by the self-same museum sponsor––definitely dead, the blood already pooling, already congealing. Although Theodosia is no stranger to corpses (this is Book 16 in the series!), she screams bloody murder. Time travel? Scotty's Star Trek transporter? Chinese mysticism? Is there something in the tea? 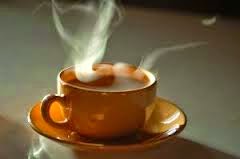