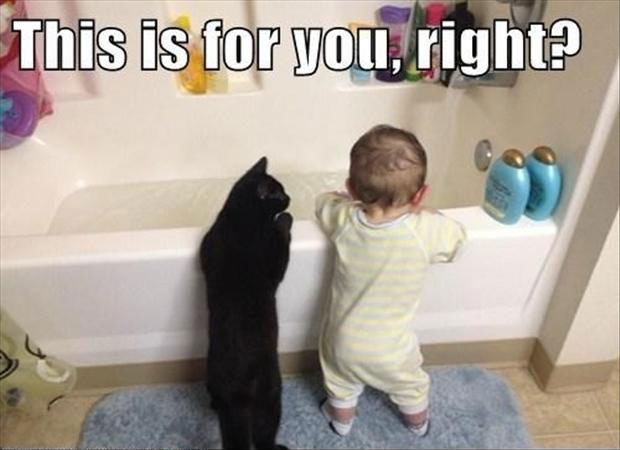 We have a good time at Read Me Deadly during our seasonal book previews. We look through publishers' catalogs and readers' reviews of advance reading copies and pick what looks good to us, as well as what we think other people might like. Unfortunately, we don't have flawless crystal balls. Some wonderful books fly under our radar. Some books are disappointing once we start reading them. They don't live up to hype; they're too anxiety-provoking or too sleep-inducing, weird or un-weird, straight-forward or digressive, too this or not enough that. This uncertainty is one of the things that makes opening a new book exciting, but we don't want to waste time or money on a book that's definitely Not. Our. Taste. You enjoy black, and I mean black, comedy. T/F
You are not easily grossed out. T/F
When you read fiction, you are able to do a good job of convincing yourself the victims and killer are not real. T/F
"Sam groaned as he eyed the corpse lying by his car. It was too heavy to lift into the trunk." You read those two sentences and not only empathize with Sam, you hope there's something in Sam's refrigerator and a fun movie to pop into his DVD player when the poor guy finally gets home. T/F

If you answered true to all four of these statements, British writer Graeme Cameron's first novel, Normal (Mira, March 31), may be for you. The nameless serial killer, who glibly narrates, is in his dead victim's house, but he encounters one setback after another in his attempts to tidy up and leave. Somehow, he ends up with one of these setbacks, a live woman, caged in a secret basement under his garage. He chases down potential victims, begins non-homicidal relationships with some women and falls in love. But there's still the woman he has imprisoned and the police sniffing around. And, as Kirkus Reviews relates, all along, our killer believes he's suffering for his "art." All right, at least some of us (I won't say "sickies") can see rooting for an underdog serial killer. Now let's move along for some more reading-taste testing. This time I won't guide you carefully through a series of true/false questions, I'll ask you to consider your feelings. Do commas wandering into the wrong places and phrases dangling helter skelter drive you nuts? Do you salivate at the thought of rather malicious satire? Enjoy running across a few literary references in your reading? And, most important, do you love––or hate––cats and consider them capable of just about any evil during their nine lives? If yes, keep reading about Lynne Truss's Cat Out of Hell (Melville House, March 3). If no, maybe someone you know would appreciate Truss's book. (You didn't think I was going to say skip this next part, did you?)

Lynne Truss is the editor who wrote the humorous punctuation bible, Eats, Shoots & Leaves (see Note below), so, if nothing else, we can expect an immaculately punctuated novel. Cat Out of Hell involves the concept of "Nietzschean Überkatzen," cats superior to humans in every way, including nasty scheming and speaking abilities. Roger is one such cat, much to the detriment of a family he takes up with, Coventry artist Joanna Caton-Jones, her brother, Will ("Wiggy" is his too-good-to-be-true nickname), and Jo's border terrier, Jeremy. A widowed librarian, Alec "Bear" Charlesworth, armed with Nine Lives: The Gift of Satan, and his dog, Watson, investigate. All novels are improved by the presence of a librarian and/or a Watson and this one employs emails, a screenplay and a parodic first-person narration. It sounds like the cat's pajamas (and don't tell me you didn't see this comment coming).

By the way, are you looking for another cat book? There's Robert Repino's postapocalyptic sci fi/cat detective novel, Mort(e) (Soho, January 2015). In this book, a former household cat named Sebastian, who really wants to find his doggie friend, Sheba, becomes a hero in the knock-down, drag-out war between humans and animals led by the giant ant, Queen Hymenoptera. (I must add that my own cat's proximity to my computer as I type these paragraphs is making me somewhat nervous. Is she displaying an unusual curiosity? Nice kitty, kitty.) Let's take a break from black humor and satire and look at the latest in a long-running British police procedural series written by Cynthia Harrod-Eagles. Have you tried one of her DI Bill Slider books yet? The British have been churning out crime fiction like, forever, and it's impossible to read every worthwhile one. The good thing about this is even if you've been reading British crime novels for years, you can still discover wonderful old books in addition to new ones. If you like series by Deborah Crombie, Peter Robinson, Ruth Rendell, John Harvey or Barry Maitland, you should give Harrod-Eagles a try. She writes witty character-driven books set in London and featuring plenty of wordplay, dark humor and great descriptive writing.

Slider is a likable guy who doesn't pack around a lot of personal demons and is close to his family. He is part of an ensemble cast of cops at Shepherd’s Bush CID. Slider and his quirky colleagues excel at repartee, camaraderie, departmental politics and solving crime under the direction of Superintendent Porson, who spouts an endearing jumble of mixed metaphors and malapropisms. The first book is Orchestrated Death, but you don't need to read these books, now 17 of them, in series order to enjoy them.

Star Fall (Severn House, March 1) involves the murder of Rowland Egerton, popular star of the TV series Antiques Galore!. Whoever killed him only stole two things of relatively small value from Egerton's antiques-filled home: a Fabergé malachite box and a Berthe Morisot painting. Slider and his team sift through clues and discover Egerton had people lining up to do him in. At home, Slider pulls together with Joanna, who's recovering from a miscarriage. So far, all the books we've looked at have been authored by British writers. We'll say cheerio to our British cousins now and turn to a novel by an American, Harlan Coben. Coben writes a crime fiction series about Myron Bolitar, a former pro basketball player who works as a sports agent, but he might be better known for his standalone thrillers. The thrillers often center around a long-buried or misinterpreted event that unexpectedly rears up and kicks some ordinary person into a nightmare of horrifying twists and turns. An example is Tell No One, in which Dr. David Beck receives an email from his beloved wife, Elizabeth, thought to have been kidnapped and killed by a psychopath eight years earlier.

It's been a long time since I've read a Coben thriller and I'm going to pick up The Stranger (Dutton, March 24) when it comes out. Let me tell you why. Recently, I've been tired and crabby and nothing I read seems to satisfy. How do you cure a rash of bad reading? One of two approaches usually works for me: something weirdly different or the reading equivalent of comfort food. Rather than a cozy mystery, for me that means a thriller that doesn't insult the intelligence but doesn't require incredibly hard thinking, either. The Stranger sounds like just the thing. A hellish ordeal begins for Adam Price, a happily married New Jersey lawyer with two young sons, when a stranger edges up to him and reveals a secret involving his wife, Corinne.

Readers, it's time for another quiz. Quickly pick two books that most closely match your reading taste from the following list: For those of you who picked the le Carré and the Høeg, here's a crime novel that combines the Danish author's background in biology with a plot involving Big Pharma, academia and government: Sissel-Jo Gazan's The Arc of the Swallow (translated from the Danish by Charlotte Barslund; Quercus, April 7). In this book, Denmark's youngest police superintendent, Søren Marhauge, returns. University of Copenhagen grad student Anna Bella Nor dubbed Søren "the World's Most Irritating Detective" when he investigated the bizarre death of her thesis adviser in Gazan's unusual first book, The Dinosaur Feather (Quercus, 2013) (reviewed here). Anna was under a great deal of pressure at the time and I'm sure she would have found Miss Jane Marple equally irritating.

In The Arc of the Swallow, another grad student, Marie Skov, is swept into a criminal investigation when her mentor, Kristian Storm, apparently commits suicide on the day Marie's mother also dies in a suspicious manner. Storm caused a, well, a storm after he suggested his research showed a vaccine was causing more harm than good in Africa. As in The Dinosaur Feather, everyone jostles to join the sleuthing, not only into the deaths but into family secrets and relationship issues too. Gazan likes to examine what makes people tick and 480 pages gives her room to poke around. If this book is anything like her first, you'll be astonished by how many investigative arcs the characters follow.

It's best to start with The Dinosaur Feather, which won the Danish Broadcasting Corporation's Danish Crime Novel of the Decade Award. People who have already read that book will be happy to learn that Anna also appears in this second book.

Note: Here is the joke upon which Truss's book about punctuation is based:

"A panda walks into a café. He orders a sandwich, eats it, then draws a gun and proceeds to fire it at the other patrons.

"'Why?' asks the confused, surviving waiter amidst the carnage, as the panda makes towards the exit. The panda produces a badly punctuated wildlife manual and tosses it over his shoulder.

"The waiter turns to the relevant entry in the manual and, sure enough, finds an explanation. 'Panda. Large black-and-white bear-like mammal, native to China. Eats, shoots and leaves.'"