You all know I read a lot of European crime novels. Mostly British mystery, but also Nordic crime fiction, along with some French and a smattering of other countries. I like to read Karen Meeks's Eurocrime blog to keep up on what's being published, but sometimes it's an exercise in frustration. Often, a book I'm anxious to read will be published in the UK many months before it's available in the US––and might not be published in the US at all. I wish someone would explain to me why, in the supposed global economy, it takes so long for books (and TV series) to be shared between the UK and the US. The wildly popular Downton Abbey's third season is being broadcast in the UK now, but won't make its appearance here until next year. At least Foyle's War, beloved by so many mystery fans, looks like an exception. Filming has begun on a new arc of three two-hour episodes, with Foyle moving into Cold War intelligence at MI5 and Sam married to an MP. It will be broadcast at similar times in the US and UK. PBS has announced that it will be on US screens next summer.

But back to books. Here are some upcoming Eurocrime titles and their waiting times for US availability:

Fabrice Bourland: Dream Killer of Paris
UK: August 13, 2012
US: Unscheduled (This is #2 in the Singleton & Trelawney series, mysteries with supernatural elements, set in the 1930s. The Baker Street Phantom, the first book, was published in the UK in 2010 and still hasn't been published in the US.)

So what is an impatient reader (like me, for example) to do? There are some options. Buying the UK book is, of course, one of them. Amazon, Barnes & Noble, Abebooks, Alibris and other US online booksellers often list UK editions for sale to US buyers. Often, the prices are high and so are the shipping costs. Still, this is always worth checking. 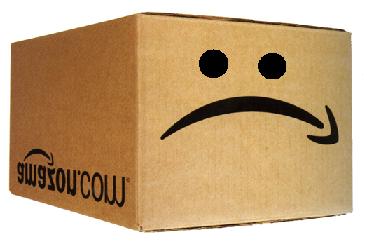 Buying from Amazon UK is just not an option for a skinflint like me. Their shipping prices are outrageous. I used to buy European titles quite often from the Book Depository in Gloucestershire. Their prices are converted to US dollars on their website and they offer free shipping anywhere in the world. Fantastic! But then they were acquired by Amazon and now, whenever I look for a book not yet published in the US, it's listed on the Book Depository site as "currently unavailable." I'm no tin-hat conspiracy theorist, but I can't help but think this has something to do with their new Amazon overlords. Especially when I find the book listed on Abebooks as being available for sale from––you guessed it, the Book Depository. In the spirit of scientific inquiry, I placed an order for the book from the Book Depository via Abebooks and we'll see what happens. 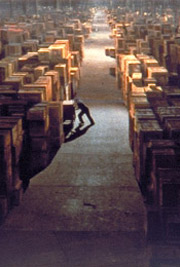 In many cases, books are published in Canada at about the same time as in the UK. But it turns out that doesn't mean it's a reasonable option to buy from Canada. Amazon Canada charges $7.99 (Canadian, but the US and Canadian dollars are very close right now) per shipment, plus $1.99 per item. Canada's independent bookstore chain, McNally Robinson, charges $10.99 (Canadian) for shipping. In addition, shipments to the US from Canada can be insanely slow, because of US customs. I ordered an item (not a book) from Canada recently and it languished in customs for nearly a month. So unless you're actually going to be in Canada, our neighbors to the north aren't a solution to the problem. Like any good mystery fan, I couldn't let my quest stop here. I wanted to locate somebody who would send UK books to the US at a reasonable price and without outrageous shipping charges. My search led me to Kennys Bookshop in Galway, Ireland. Their website will display prices in US dollars and they have free worldwide shipping. I've only ordered a couple of books from there as yet (shortly after Amazon took over the Book Depository), but I received the books in a reasonable time and the prices were as advertised.

Just to figure out where to buy one of these books is a fair amount of work, what with having to look up different availability dates, prices, shipping fees and then, in some cases, convert foreign prices to US dollars. It just goes to show you how impatient I am that I am willing to do all this. To give you an idea of the full drill on the process, here's what I looked at for Peter Robinson's Watching the Dark. Note that all prices are expressed in US dollars, with any necessary currency conversions done on the xe.com foreign exchange website on September 23.

So why did I order it from the Book Depository (via Abebooks) instead of Kennys? Two reasons: I had a 10%-off coupon from Abebooks that made the prices very close, but the real reason is that I just have to know whether the Book Depository will send the book even though their website says it's unavailable.  [Update:  The book showed up 10 days after I ordered it. So now we know this is another way to get books from the UK.]

What I haven't mentioned in all of this is the option of buying the UK Kindle version of a book. As many of you probably know already, a UK Kindle title cannot be purchased from a US-registered device. If you're web browsing from the US and/or from a US-registered device, Amazon UK doesn't event display the UK Kindle information. A number of (non-Amazon) website discussions describe workarounds, but the steps and issues involved are beyond the scope of this post.

Does anybody else have some good intelligence on the different publication dates in the US and UK––and how to get UK publications in the US without paying outrageous prices? (Or do you all just think I'm nuts to care so much about a book I can just get the easy way by waiting few months?)
Posted by Sister Mary Murderous at 4:00 AM