I don't mean that the summer has been odd; what I mean is that in just the last few weeks, I've read two books in Christopher Fowler's Peculiar Crimes Unit series. A few weeks ago, I reviewed the ninth in the series, Bryant & May and the Memory of Blood, here. Now I've just read––or listened to, to be more accurate––the tenth in the series, Bryant & May and the Invisible Code. 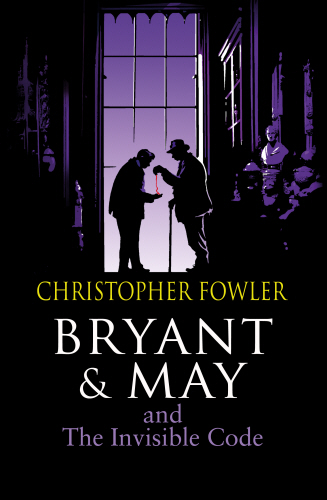 The latest tale begins in the churchyard of St. Bride's. On a bench sits a young woman, reading a book, while two children play nearby. When they annoy her, she goes into the quiet and deserted church. The children, who are playing a game called Witch Hunter, stealthily follow her in, because one of them is convinced she is a witch. Minutes later, the woman keels over, dead. The children believe that the witch-killing curse they cast on her did its job.

When the autopsy fails to identify a specific cause of death, Arthur Bryant, the nuttier half of the Bryant & May team and co-leader of the Peculiar Crimes Unit, naturally wants the case. But the City of London police have jurisdiction and the PCU, being personae non gratae in the Home Office, lack the political backing to muscle them aside.

Certainly, their enemy-in-chief, that satan in a three-piece suit, Oscar Kasavian, isn't about to lift a finger to help them. He has promised to wipe out the PCU and, particularly, its beyond-retirement-age leads. Imagine Bryant and May's surprise, then, when Kasavian almost humbly asks them to help him with a problem involving his wife, Sabira.

Sabira is much younger than Kasavian, and is an émigré from a working-class family in Albania. She's finding it trying to be the wife of someone whose job is full of secrets, and has begun thinking that she is being stalked and threatened. She is depressed and volatile. Sabira is also habitually and cruelly taunted by the mean-girl sorority of wives of Home Office top-level bureaucrats. Small wonder she has begin acting out in ways that could jeopardize Oscar Kasavian's position.

Bryant and May are hardly thrilled by what they see as a baby-sitting job and a no-win assignment but, as they and the rest of the PCU team begin to investigate, the case takes on ever larger proportions. Governmental corruption, whistleblowers in private industry, mental illness and its history in London, private clubs and their arcana, Russian gangsters, codes and ciphers, and the supernatural are all thrown into this heady mix. On top of all that, there are disquieting revelations of how the British class system, cronyism and the complete disregard of commercial/governmental conflicts of interest all conspire to ensure that a cabal of venal and ruthless men stay in power.

But this is no grim, cynical, deadly serious police procedural. With the PCU, that's just not possible. Arthur Bryant is the absent-minded fellow with his latest meal evidenced down the front of his rumpled clothes, his cell phone rendered unusable by the melted sweets all over it, and a brain that defines "nonlinear." He can't understand why people take exception to his insults––or to his conducting experiments at home and in the office involving things like pig carcasses and explosives. John May is Bryant's opposite: sartorially impeccable, careful to massage egos when necessary, and a believer that the simplest answer is usually the right one.

Despite their vast differences, Bryant and May make an effective team and, as always, they go right down to the wire in their investigation. I was listening to the book while walking and was so riveted by the book's last chapters that I walked a lot further than I'd intended. (Hmm, how about a new marketing approach for audiobooks: So enthralling you won't even notice you're exercising while listening!) 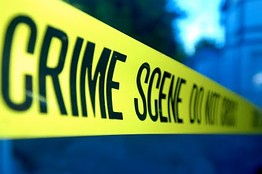 Most modern police procedurals remind us how reliant current investigations are on database searches, GPS, phone and internet records, forensics and all the accoutrements of our technological age. Bryant and May operate in our world, but their methods are refreshingly old-fashioned. You will never have to read about establishing time of death by analyzing the life cycle of maggots, for example. Arthur Bryant may find some other way to gross you out, but you'll be laughing at the same time. 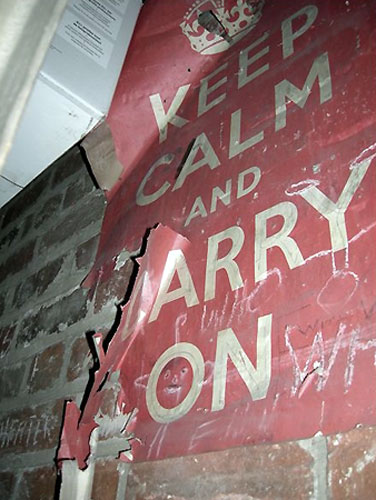 Christopher Fowler just tells a good, entertaining story and doesn't gum it up with attempts to show he is knowledgeable about the latest gadgetry and techniques (that will all be hopelessly outdated in about five minutes anyway.) And he doesn't use protagonists who we know are supposed to be cool because of the way they dress, or talk, or listen to edgy music, or seduce people, or take or give a beating. Bryant and May are old, they wouldn't know what a lifestyle is if it smacked them upside the head, and yet they are cooler than any other detectives I can think of because they know what's right and they're going to keep on doing it, just the way they've done it since they got together way back in World War II, with blithe disregard for all that's changed around them. Like so many books in the Peculiar Crimes Unit series, this one is also notable for its use of London settings in the story. Fowler tells us that St. Bride's Church is known as the journalists' church because of its location on Fleet Street, traditional home of London newspapers. It sits in the oldest part of London, known as the Square Mile, or the City of London, which is still a city in its own right, and has its own Lord Mayor––who, by the way, is not Boris Johnson, the flamboyant Mayor of London we saw during this summer's Olympics. The City is also home to the legal community's Inns of Court, which also play a dramatic part in the story, along with Sir John Soane's Museum, across from Lincoln's Inn Fields, and home to Hogarth's A Rake's Progress.

Fowler's descriptions of churches, museums, streets and history bring the city alive. He clearly loves London, especially its hidden places, like alleyways, mews, back passages of old buildings and tunnels. If you're fascinated by London, too, you might want to spend some time visiting Christopher Fowler's blog, especially this London walk, or this one, or this one with teeny tiny statues, or this collection of 15 excellent London websites. And these are just from 2012.

If you're already a fan of the PCU series, I can give you a preview of what's coming up, courtesy of Fowler's blog. He wrote recently that this latest book wrapped up a story arc, and he asked for comments to help him solidify his ideas about where to go for his next book. Here's his conclusion:

"One of these [next two PCU novels] will definitely feature an incapacitated Bryant and lots of old cases in the course of uncovering a new one, while the other book will be pretty sinister and dark-themed.

Plus, more eccentric characters, strange bits of London, oddments of history, arcana, sleuthing, impossible murder and general weirdness. Oh, and something impossible happening in the ultimate locked room, the Tower of London."

I can hardly wait.

Note: Mysteriously, Bryant & May and the Invisible Code is not yet published in book form in the U.S., even though the audiobook is. Being a naturally impatient person and a big fan of both this series and the narrator of the books, Tim Goodman, I got it as soon as it was available. Based on the U.S. publication date of the preceding book, I'd guess that this one will be published in the U.S. sometime in the first half of 2013.

The next-to-last image and the two Bryant & May cartoon images in this post are from Christopher Fowler's blog. Versions of this review appear on the Amazon and Audible product pages, under my username there.
Posted by Sister Mary Murderous at 4:00 AM