Book Review of Jerome Charyn's Under the Eye of God Under the Eye of God
by Jerome Charyn

God knows this book comes just in time. I've stared so long at Nate Silver's New York Times political blog, his stats dance before my eyes. The devastation wrought by Hurricane Sandy boggles my mind and hurts my heart. A good break is sitting in the tub with Jerome Charyn's Under the Eye of God, a book swarming with the shenanigans of warring politicians and the plumb-crazy powerful.

Here's the scoop: A bare-knuckles presidential election is over, and the Democratic ticket of baseball czar J. Michael Storm and New York City Mayor Isaac Sidel has won. Since this is a Charyn novel, J. Michael and Isaac are hardly sprawling in comfy chairs sipping a glass of bubbly to celebrate "the slaughter of '88." Nope. J. Michael, the President-elect, is facing a political Sandy of his own. He's holed up in the Waldorf while one mistress after another surfaces with demands to be paid off or else. The media are sniffing his crooked real estate deals and the phony corporation he'd formed with his wife Clarice. (Did you know our Constitution is silent on what happens if scandal derails a President after election but before confirmation by the electoral college? Strictly speaking, he's not really the President-elect at all.) Luckily for the Democrats, they have pictures of the defeated Republican incumbent, President Calder Cottonwood, pissing in the Rose Garden, and if the Republicans don't stop harping about Casanova (er, J. Michael), Democrats will play a little hardball. The Democrats have also bugged the White House. (Ah, but the crafty Republicans know about it and talk accordingly.) Cottonwood has plans for a smear campaign charging Isaac with Lolita tendencies because of his friendship with the President-elect's 12-year-old daughter, Marianna.

The Democratic Party's chief strategist has decided the hugely popular Isaac needs to distract from J. Michael's bad press by hitting the road on "some kind of quixotic quest." So Isaac is tossed into a tour bus bound for Texas. Also aboard is the President's former astrologer, who can chart Isaac's stars. While the Secret Service checks out weirdos in the San Antonio hotel bar, a Korean War vet yells he's the eye of God and tries to shoot Isaac; however, Isaac thwarts him. Isaac suspects that President Cottonwood has just tried to have him killed. 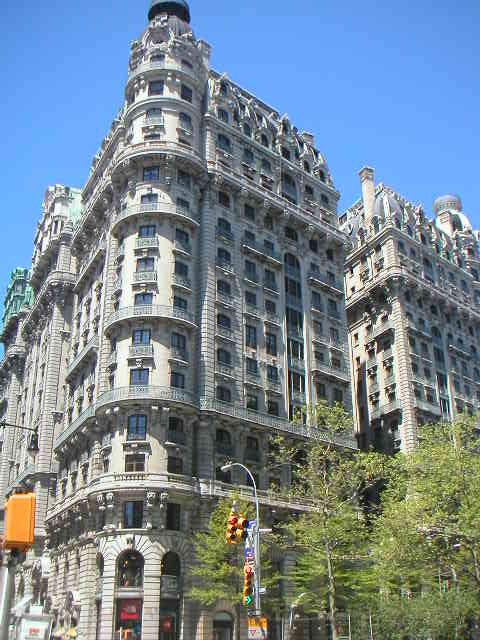 Isaac returns to Manhattan, where he seeks the comfort of the Ansonia––"a universe unto itself, forlorn, complete, with an astonishing silence where Isaac could listen to iron and glass and marble breathe." It was the only address worth having for tenants such as Caruso, Babe Ruth, and Arnold Rothstein, the king of crime. Rothstein's former protégé, David Pearl, helped Isaac's father win a contract to supply the Army with gloves. David also enjoyed the company of the 10-year-old Isaac, who could "see with his ears, like a detective." Isaac finds the ex-boy venture capitalist still living at the Ansonia. Also there is a stunningly beautiful woman named Trudy Winckleman, going by the name of Rothstein's mistress Inez, hanging out with the world's richest men in the basement, and living in Inez's old rooms. Isaac is captivated, just as David hoped. David is moving heaven and earth in his attempts to ensure Isaac disappears or gets kicked upstairs. Vice President Sidel couldn't hurt him, but Mayor Sidel could. Isaac would stop at nothing to protect New York City.

For those poor souls  who have yet to meet Isaac Sidel, Under the Eye of God is a good place to start. It's the eleventh book in this unusual noir-ish series about the New York City cop turned commissioner turned mayor turned Vice President-elect; however, it stands on its own, and it's actually an easy introduction to Charyn's writing style. While it's hard to describe exactly what that style is, maybe I'd call it funky and sly. In musical terms, it's a jazz riff. It's not exactly postmodern stream-of-consciousness writing, but the journey is at least as important as the destination. If you seek a nonlinear plot, look elsewhere. I read Charyn's Isaac books in a purposefully relaxed way so I can go with the rhythm of the prose, and I keep a Wikipedia window open on my computer for looking up the many cultural references and names of famous architects, artists, political figures, criminals, and writers (NYC Mayor Seth Low, Tammany Hall's Big Tim Sullivan, and artist Mark Rothko are just a few).

Charyn is a literary writer who adores words, and his writing is very vivid ("His mouth sat crooked on his face, as if someone had sewn it there"). He often employs nicknames or descriptions in lieu of names, as if repeating a name is simply too boring. So rather than repetitions of "Isaac Sidel," it's the Big Guy, the Citizen, Citizen Sidel, the May baby, the Commish, the catcher of criminals, the philosopher clown, etc. Other characters are named in similar fashion.

As in all Isaac Sidel books, New York City is a character, as well as a setting. The focus in this particular book is on the Bronx and Manhattan's Ansonia. Charyn grew up in the Bronx and attended Columbia University. He is familiar with the history, politics, and geography of New York City; the arts; and the sports of baseball and ping pong. This knowledge is seamlessly woven into his crime fiction. In Under the Eye of God, looking past the lunatic actions of the characters, one sees the serious issues of partisan politics, corruption, conspiracy theories, violence, urban blight and renewal, the power of the insanely wealthy, the powerlessness of the poor, and the kind of personal relationships that haunt us. This is a superb series, and this topical book is a gift from the gods.

Notes: Isaac and the crazy cast of Charyn characters are being made into an adult animated drama series called Hard Apple. The team behind it is the award-winning animators of Waltz with Bashir, the Cannes Film selection that also won a Golden Globe as Best Foreign Film.