In the US melting pot, nearly 35 million Americans claim Irish ancestry. The only claimed ancestry outpacing Irish in the US is German. But I'll bet the majority of Irish-Americans (and German-Americans, for that matter) are unaware of Ireland's role in World War II.

Ireland adopted a policy of neutrality during the war––or the "Emergency," as it was called in Ireland. As with other neutral countries, like Switzerland and Portugal, Ireland's main concern was to avoid an invasion by either Britain or Germany. There were other reasons, too. The Irish were war weary, after World War I, the Irish War of Independence from 1919-1921, and the Irish Civil War of 1922-1923. No wonder most Irish citizens were in favor of neutrality.

But just because the Irish state was officially neutral, that doesn't mean that there weren't strong feelings about the World War II combatant powers. Irish citizens could volunteer to serve in the British armed forces, and around 50,000 did just that. On the other hand, some felt that Nazism was an understandable nationalist movement, like the one that led to Ireland's independence. And some nationalists, including some IRA members, took the view that the enemy of my enemy is my friend, meaning anybody opposing the British must be right. The IRA shared intelligence with Germany's Abwehr, in hopes that a German victory might result in the British being removed from the north, resulting in a united and independent Irish state.

Like so many countries after the war, Ireland became a haven for war criminals. (See the documentary, Ireland's Nazis, for more details.) Stuart Neville's Ratlines focuses on one of the most well-known Nazis to find a home in Ireland: Otto Skorzeny, a Waffen-SS officer famous for leading the commando group that rescued Mussolini (temporarily) from imprisonment during the war. (Look at the guy. Is that a face straight out of an anti-Nazi propaganda movie?)

Neville's protagonist, Albert Ryan, fought in the British Army during the war and is an agent now in Ireland's Directorate of Intelligence. In the spring of 1963, he's ordered to report to Charles Haughey, the Minister for Justice, for a special assignment. Haughey tells Ryan to find out who is targeting and killing former Nazis in Ireland, and to do it before they can get to Skorzeny or generate enough negative publicity to jeopardize the upcoming visit by US President John F. Kennedy.

Ryan is introduced to Skorzeny, who is determined not only to combat the threat, but to find out who is behind it all and kill them. Ryan finds himself torn between his duty and his revulsion at having to help––or even be in the same room with––a man he finds repugnant. Ryan's position becomes downright dangerous, as he gets closer to both Skorzeny and his unsavory compatriots, on the one hand, and those who threaten him, on the other.

The classic loner lawman, Ryan has nobody to trust. Even his new girlfriend, Celia, has connections that make Ryan wonder about her loyalties. Ryan takes on all comers in a game that will risk everything, but that will let Ryan live and be his own man if he can pull it off. For espionage thriller readers, this is an exciting work of fiction that takes advantage of an unusual and little-known moment in history.

If you want to read about the real-life ratlines that allowed Nazi war criminals to slip away to new lives in various spots around the world, I recommend Gerald Steinacher's Nazis on the Run: How Hitler's Henchmen Fled Justice (Oxford University Press, 2011).

Ratlines will be published on January 1, 2013 by Soho Crime.

Note: I received a free publisher's review copy of Ratlines.

Sarah Shaber is best known for her Simon Shaw series, having won the Malice Domestic award for Best First Traditional Mystery for Simon Said. Shaber strikes out in a different direction in her new series, featuring Louise Pearlie, a young widow who has left her home in Wilmington, North Carolina, in 1942, to move into a rooming house in Washington, D.C., and a job at the new intelligence agency, the OSS.

Louise comes across a file on Gerald Bloch, a French hydrology expert who is a Jew trapped in Vichy France. The file is about to be forwarded to the higher-ups at the OSS, so that they may decide whether to smuggle Bloch and his family out of France and use his expertise on North African aquatic geography in a possible future invasion. Louise is shocked to see that Bloch's wife is her closest college friend, Rachel, whom Louise has been worried sick about.

Louise's disquiet intensifies when her boss, who had the file, is found dead in his office and the file goes missing. Louise doesn't know who is responsible for making the file disappear, so she has to do her own investigation on the sly, knowing that time may soon run out for Rachel and Gerald. 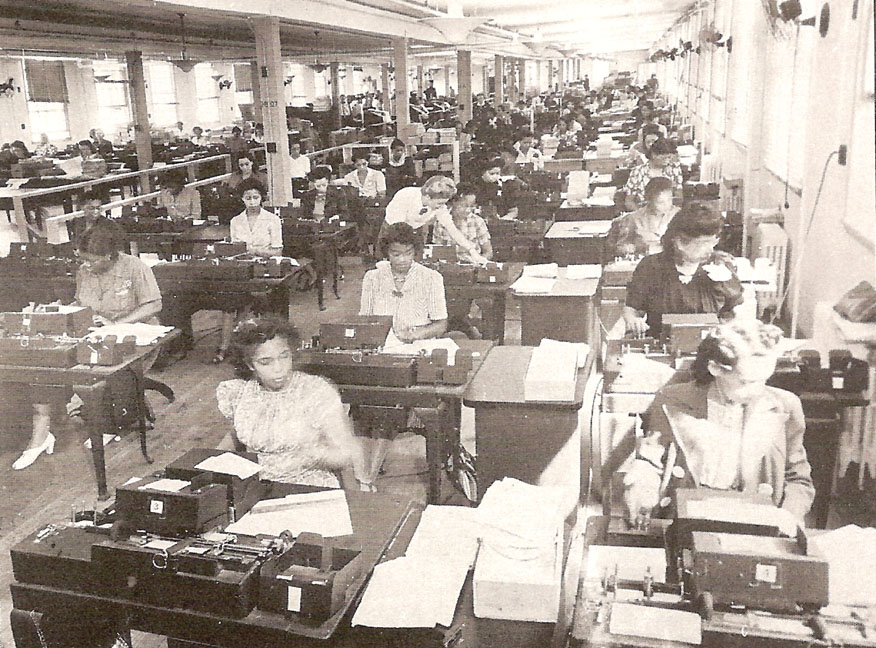 Shaber excels at portraying wartime Washington, with its large houses rapidly transformed into crammed rooming houses and even government offices. The story takes place in late June to early July, and Shaber makes the reader feel every degree of the relentless heat and humidity in a city that the British government rated as qualifying for tropical hardship status for its personnel stationed there. Only a few buildings were "refrigerated," and people like Louise had to rely on draping a wet sheet in front of a fan to generate enough of a cool breeze that might allow sleep.

Despite the heat, Louise and her boarding-house acquaintances manage some fun, including outdoor concerts, making hand-cranked ice cream and listening to radio shows. Shaber supplies all the details that make the time and place seem completely real. I learned from reading an interview with her that some of her research was done by the simple expedient of plugging "June 1942" into eBay's search engine and seeing what came up. Quite an unexpected and clever idea.

Shaber cranks up the intrigue as Louise tries to resurrect the file that may rescue her old friend. Is there anyone in the office she can trust? And what about at the boarding house? Joe, the émigré who lives upstairs, is attractive, but may not be who he says he is. Ada, down the hall, seems to be keeping secrets too.

This was a satisfying, traditional, period-piece of a mystery. Its style reminded me a little of an Agatha Christie. If it had been told in third person, rather than first person, it might have been even more like a Christie story. I'll be the reading the second in the series, Louise's Gamble, as soon as possible.

Louise's War was published by Severn House Publishers in 2011.

Note: Versions of these reviews may appear on other review sites under my usernames there.
Posted by Sister Mary Murderous at 4:00 AM