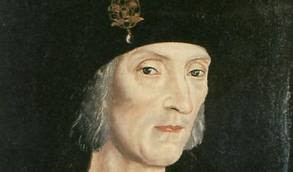 Cristoforo Colombo, Cristóbal Colón or Christopher Columbus, call him what you will, has been credited with the discovery of a new world in 1492, as well as partially proving that the world isn't flat. There is little doubt that he was not the first to cross the Atlantic, but he made the biggest impression, for not only do we have a "Columbus Day," but there are many who are freed from their ordinary labors on that day and given time to make discoveries of their own. I haven't had a day off on October 12 or its facsimile, since it fell on a weekend, but that doesn't stop me from a new discovery here and there.

One of these was a wonderful book by Adrian Hyland called Diamond Dove, for which he won the Ned Kelly Award for the best first novel. The book's title was changed to Moonlight Downs when it was released in the USA, so that it wouldn't be mixed up with the Peter Diamond series by Peter Lovesey.

It begins one day when a little white ute (that's an SUV to Americans) stopped in Moonlight Downs, a small station in the wilderness of central Australia. Out of it came Emily Tempest, who is a half-Aborigine, half-white woman who grew up in this camp after her mother died when she was four.

The first person to recognize her is Lincoln Flinders, much older but who still carried himself with the quiet authority that made black and white respect him. He was a handsome man who was skilled in the whitefeller ways of cattle work and motorcars, but among his own people was a community and religious leader. Emily filled him in on her past wandering years. She had been to boarding school and university, where she started three degrees and finished none; had worked at a dozen jobs of all kinds and all the while travelling around the world. 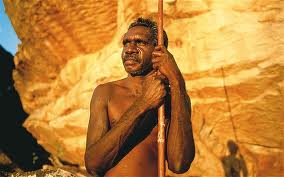 Emily gets reacquainted with her mob, but before much time has passed Lincoln Flinders is found murdered and the finger is pointed at Blakie Japanangka, an outsider considered to be a sorcerer. Rumor has it that Blakie was raised by dingoes; either that or he was thrown fully formed out of a volcano. One thing for sure, he was the personification of the boogieman for all easily-frightened children. Then Blakie disappeared and the tribe dispersed.

Emily moves to the nearest town, Bluebush, from where she begins to investigate the murder. This first half of the book is a poetic introduction to the outback, laced with sardonic, sarcastic wit. Emily is a most unusual protagonist; feisty to the point of being foolish, a young woman with a hopeful view on a life that would serve her better if she could figure out where she fits in. Her language is colorful and peppered with words that start with "f." She is a fascinating character and it is through her dialogue and internal monologues that the reader gets a sure taste of the beauty and the ugliness of the outback. When things are good, they are very, very good, but when they are bad they are horrid. But as Emily says, she and her people are, above all else, survivors. "You can kick us and kill us and drown us in bible and booze, but you better get used to us because we're not going away." 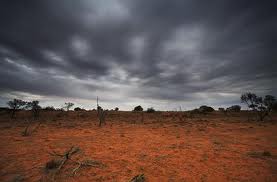 Emily's strengths are that she has kept a foot in both of her worlds and she can understand the things that simmer below the skin, like the emotions that stir people to action. It is tempting to compare her to Arthur Upfield's Napoleon Bonaparte, but the comparison would be superficial. Boney's measured approach to problems is much more intellectual than Emily's. Emily is much more of a fly-by-the-seat-of-her-pants type of gal. 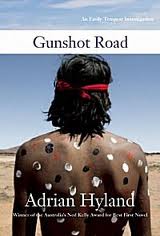 The followup story is Gunshot Road, which is the second of this too-short series. This is a tale of many things; of murder, of hate, of greed and of violence, all told while you listen to the haunting harmony of the outback. It begins when Emily Tempest is part of a Young Man's Time ceremony, where she is joining with the women of the group in their song.


"You could imagine those great song cycles rolling across country, taking their shape from what they encountered; scraps of language, minerals and dreams, a hawk's flight, a feather's fall, the flash of a meteorite." 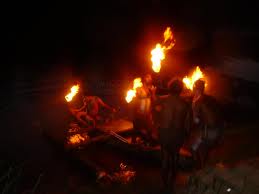 Emily is just back from training and is to start as Aboriginal Community Police Officer for her outback township, Bluebush. This will be an odd job for Emily, for although she is well-educated, intelligent and part of the community, she has always resisted authority herself. But she has a sense of the rhythms of her people and can see below the surface of the obvious problems of alcohol, prejudice, poverty and now drugs. One of her problems will be her new boss, who is new to the territory and is a by-the-book kind of man named Sergeant Cockburn.

Before her first day is over, there is the murder of an old geologist who was getting a little crazy. An old friend of his is arrested. Knowing the men, Emily can't accept the pat verdict that the rest of the force is eager to swallow to settle the case. The old man, Doc as he was known, had been surveying the Fuego Desert. He had traversed it from east to west and mapped it completely, including ranges, ridges glaciers and water fields. 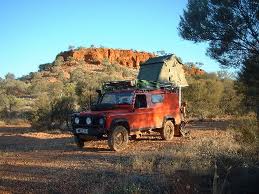 Emily convinces Sergeant Cockburn to let her take a trip out there. Along with her––against regulations––she takes along people who know the area well. She meets one old man called Eli Windmill. The specific area that she is headed to is Eli's dreaming. It is called Dingo Springs and Eli called it a fire-dreaming place. 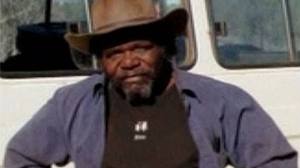 Windmill is blind, but when the party gets to Dingo Springs, Eli knows something is terribly wrong. Other members of the group also can sense something wrong and they leave immediately. The difficulty is this is all too vague for Emily to bring to Cockburn. Now, however, there are attempts being made on Emily's life and the violence escalates. Emily's wits are all that can help her, because she has a tendency to tackle everything on her own. Emily's world is dirty and rough and violence is everywhere. 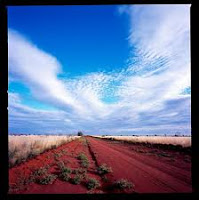 The mystery will be solved without permanent damage to plucky Emily, but what I really took home from this book were some interesting quotes that could only reflect life in the outback.


"I wasn't paying a huge amount of attention to the road, I admit––a nasty habit I've acquired since coming back out bush. Sometimes I even read while I'm driving. Nothing heavy, mind you––crime, perhaps, maybe a magazine. I'm not the only culprit, I'm sure. Meeting another vehicle out here is an event of such magnitude you tend to get out and talk about it."

One character says: "He bin say you not from here. You move too fast; more better you slow down, take time for the country to know you." This is perfect advice for any traveler who wants to get a sense of the people who have a sense of the rhythm and the spirituality of a seemingly desolate place.

I keep hoping that Hyland has another Emily Tempest book in the works.
Posted by Maltese Condor at 4:00 AM