News of the Weird

You know you're a serious mystery reader when real-life news stories immediately get you thinking about how well-suited they'd be for crime fiction. Lately, it seems like that's been happening a lot. 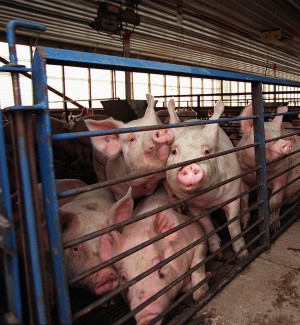 Did you see the story last week about the 70-year-old man in Oregon who was eaten by his hogs? Terry Garner went out to feed the 700-pound hogs one morning, as usual. His family went looking for him after a few hours and found his dentures on the ground in front of the hog pen. What little was left of him was found inside the pen.

The death is being investigated. The Coos County Sheriff says:

There are several scenarios being investigated, including that Mr. Garner had a health event, such as a heart attack, which then put him in a position where the hogs could consume him. Another scenario being investigated is that given the age and health of Mr. Garner, that one or more of the hogs knocked Mr. Garner to the ground, whereupon the hogs killed and consumed him. In addition, due to the unusual circumstances presented by this case, the Sheriff's Office is investigating to determine if foul play may have resulted in the death of Mr. Garner.

When I read the story, my first reaction was horror and sadness but, I'm embarrassed to admit, my next thoughts were all about the foul play possibility.

I've always thought a farm would make a great place to set a murder and hide the evidence. All that acreage, heavy equipment, large storage sites. But I have to admit I never thought of getting rid of a body by feeding it to the livestock. Gruesome, but very, very dramatic.

In Vaughn, New Mexico, police chief Chris Armijo resigned after losing his legal right to carry a gun. Armijo owed tens of thousands of dollars in child support and then was convicted of a felony after he sold a rifle owned by the town and kept the cash. Armijo's deputy, Brian Bernal, was convicted on assault and battery on somebody living in his home, and he also lost his legal right to carry a gun. The result is that the only member of the Vaughn police department qualified in all job-related certifications is its K-9 unit's German Shepherd, Nikka.

Although Vaughn is reported to be a peaceful town, it's in a remote area of Guadalupe County, whose roads are frequently used by drug traffickers. People are a little nervous about the lack of any armed response capability by Vaughn's police department. Nikka is good at her job, but she doesn't pack heat. It's not that she has outstanding legal charges against her, like her colleagues Armijo and Bernal; it's just that she lacks opposable thumbs and the ability to tell perps things like "stop, or I'll shoot."

This story has all the makings of a shoot-'em-up mystery with comic elements. It probably lends itself even better to the screen than the page, just because dogs are so popular in comic cop movies. Think K-9, Turner and Hooch or the Police Academy movies.

Do you remember reading in August about the discovery that thieves had managed to get away with $30 million worth of maple syrup from Canada's strategic reserve in St-Louise-de-Blandford, Québec? So many questions came to mind after reading about this caper.

First of all, a "strategic reserve" for maple syrup? I live in Maine, where maple syrup is taken darned seriously, and we sure don't have a strategic reserve of the stuff. I'm pretty sure that Vermont, the US's largest producer, doesn't have one either. But here's the thing. Canada produces about five times more maple syrup than all the US states combined and is the source of 75% of the world's sales. Maple syrup is tremendously important in Canada's economy, but its production is variable from year to year, due to weather conditions and the very short sugaring season. So our neighbors to the north have been putting large amounts of maple syrup in storage for the last decade or so in order to meet demand consistently.

Weren't we all curious to know how much maple syrup is $30 million worth? It turns out to be enough to fill one and a half Olympic-size swimming pools. (Now that would really slow down lap times.) Even more amazing is the fact that the syrup was stored in barrels and the barrels themselves weren't stolen. The thieves apparently siphoned the syrup out of the warehouse's barrels––that's thousands of barrels––and got away with it. The daring robbery was revealed during an inventory check when somebody discovered that the warehouse's barrels were empty. 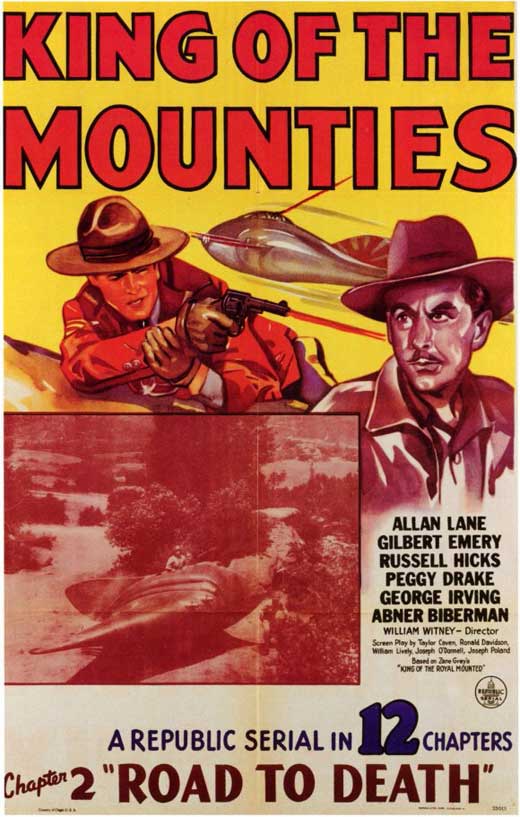 Last week, acting on the basis of a search warrant requested of a New Brunswick judge by the Sûreté du Québec, the Royal Canadian Mounted Police raided SK Export in New Brunswick and seized 600 barrels there that they believe are filled with syrup from the theft. SK representatives say they bought the syrup from their regular suppliers in Québec, at the normally-expected price, and that the seizure is part of a plot against SK by the Federation of Québec Maple Syrup Producers, which has previously claimed that SK buys syrup from unauthorized sources. (I have no idea what an "unauthorized" source is––or an authorized source, for that matter.) Nevertheless, the Mounties loaded up the syrup––in 16 trailer trucks––and moved it back to the strategic reserve under heavy guard.

This 600 barrels of recovered maple syrup is nowhere near the total amount stolen, so the investigation into the theft continues. The Sûreté du Québec has been meeting with various provincial producers and asking them to agree to lie detector tests. I'd love to sit in on those interviews.

If somebody doesn't incorporate the great maple syrup heist into a novel, I'll eat my hat––with maple syrup on top. Louise Penny's most recent Armand Gamache book was so serious that I'm thinking she could use some comic relief in her next outing. Since Gamache actually works for the Sûreté du Québec, isn't he an obvious choice to get involved in this? Maybe not, since he's a homicide cop, but this is fiction, so I'm sure Louise Penny could alter the facts a little and smuggle a corpse into this caper somewhere––like maybe one of those barrels.

Alternatively, this is another story that would translate well to the screen, in a heist film like The Italian Job, Ocean's Eleven or How to Steal a Million––but with that certain je ne sais quoi needed when the MacGuffin is close to a million gallons of French-Canadian maple syrup, and the Mounties are involved. (I'm trying hard not to think of Dudley Do-Right here.)

Of course, some news of the weird doesn't transfer so well to crime fiction. I'm cautiously optimistic that nobody will be inspired to fictionalize other recent news stories, like the frat boy who overdosed on an alcohol enema, or the about-to-be-groom who suffered a ruptured bladder at his stag party when a woman doing a pole dance landed hard on him as he lay at the base of the pole.
Posted by Sister Mary Murderous at 4:00 AM