Just when we were congratulating ourselves on surviving the holidays and all those adorable little family germ factories without mishap, I came down with That Nasty Bug that's been going around. After a week of assiduous nursing, including the very best in take-out and TV dinners and canned soup, my poor husband caught it. Now we're both coughing and sneezing, so comfort foods, comfort reads, and lots of rest are on the menu for the foreseeable future, or at least until the frigid weather breaks. I even ordered a new bread machine; the homey smells of baking bread and browning onions can always bring the poor man up from his sickbed with an appetite. Reading also needs to be upbeat and not too heavy, so I have been spending some quality time in the lovely lowland islands of the American Southeast.

Lowcountry Boil, Susan M. Boyer's first novel, packs a bewildering number of story lines and characters into its 400 or so pages. Liz Talbot grew up on Stella Maris Island, a coastal island near Charleston, South Carolina, accessible only by ferry or private boat. In the Carolina Low Country where "Protecting the land is a religion," the half dozen families who have owned most of Stella Maris since colonial times have jealously guarded it from the overdevelopment that plagues so many of the Atlantic barrier islands. Liz, who had left the island after her fiancé jilted her for her cousin, opened a private detective agency with her brother-in-law, Nate. While her marriage on the rebound to fellow islander Scott Taylor failed, the agency has prospered.

A startling midnight visit from Colleen Taylor (a childhood friend who drowned years earlier) urging Liz to go home is followed almost immediately by a call from her brother Blake, telling her that their grandmother has died in a fall.

When the will is read, Liz learns to her dismay that her grandmother has left her home and 300 acres of pristine island forest and beach to her. Afterwards Blake, who is police chief for the island, confides to Liz that their grandmother was actually murdered and her body posed at the bottom of a flight of steps. He is working on solving the case, but has no detective experience or staff––drunk driving and minor vandalism are the island's most common crimes. He wants Liz to go back to the city, but she is determined to stay and help find her grandmother's murderer, so she and her dog Rhett move into her newly inherited house.

When her sister Merry, a social worker, calls to tell Liz that she is joining an organization that plans to build a camp for young urban gang members convicted of violent crimes on the island––in hope that the tranquility and lack of city temptations will mellow their attitudes––the horrified Liz realizes the extent to which she has been trapped by her inheritance. She must now become one of the island's protectors against ill-thought-out development. 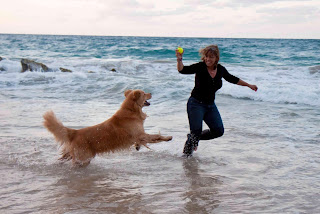 This is a real Southern story; a little supernatural, a dash of romance, quite a bit of low-key humor, and a decent mystery with a few surprises. Everyone knows and has history with everyone else in the small close-knit community, and the ancestral land must be protected at all costs. I had some difficulty keeping the players straight, despite the author's thoughtfully provided cast of characters. After the extensive build-up in this first book, I hope for a series set on this unspoiled coastal island, where the smells of surf and pine mingle with the coppery scent of bloody murder.

In contrast to Lowcountry Boil's cast of dozens of cousins, the protagonist in Mary Anna Evans' Artifacts: A Faye Longchamp Mystery is alone in the world. Faye Longchamp is the last in a long line of owners of Joyeuse, a plantation house on an island of the same name in the Florida Panhandle. She is descended not only from the owners of the island, but also from the slaves who built the mansion and farmed the rich land. While most of the remaining family money went during the last illnesses of her mother and grandmother, Faye is determined to restore her ancestral home, although at present she can barely pay the taxes.

Much to the dismay of both Faye and her mentor, archaeologist Magda Stockard, Faye had to leave college to nurse her mother through her last illness. After the funeral, she sold her mother's small house and secretly moved out to her abandoned ancestral home. No power, phone, or running water, but she figures the rent is free and she can work on making the house habitable. The only other occupant of the island is Joe Wolf Mantooth, a stunning young Creek Indian who came to fish and stayed to help. While Joe can barely read, his bow hunting and fishing skills keep them well fed, and he can repair or manufacture almost anything non-electronic.

Faye earns a meager living as Field Supervisor on Magda's archaeological digs in the area, but to fund the repairs and pay the taxes on Joyeuse she had to turn to pot hunting, the illegal digging and sale of artifacts from public lands. One day, digging on an island that had been separated from her land by a hurricane, and taken by the National Park Service, she finds a skeleton, and next to it an expensive and distinctive earring. She is at a loss. If she notifies the police of the discovery she risks arrest; if not, a murderer goes free.

While she is agonizing over this decision, which could cost her career and freedom, two young students on a dig she is supervising are shot and buried near the dig site. A few days later, someone shoots at Faye herself; someone obviously anxious to keep anyone from digging or exploring on the island.

Fay has solicited the willing help of an environmentally friendly Congressman to help her regain possession of the separated island, before the government permits development of the land. But favors from politicians always come with a cost, and Faye has failed to reckon the reason for and price of his support. Joyeuse will survive the coming hurricane as it always has, but others may not be so lucky.

This story has a pleasant mix of genealogical and archaeological elements in addition to the murder mysteries. The family journal covering many generations that Faye discovers is a story in itself and gradually explains to both Faye and the reader how this mixed-race daughter of slaves came to inherit her plantation. Artifacts: A Faye Longchamp Mystery is the first in a series of now seven books, all with interesting and different archaeological and cultural settings throughout the Southeast.

For now, I think I'll continue my tropical theme with a couple of old Travis McGee mysteries (love his Busted Flush!) while the bread rises. Remember, if you're sick, stay home and cosset yourself. You deserve it, and besides, there's no need to share the wealth!