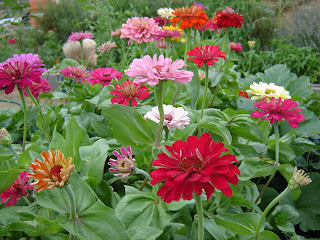 One of the signs that a person is getting older is that the obits are the first items perused after opening the morning paper. We seem to want to revel in the fact that our names are not among those listed. My name, not an uncommon one, has been listed there on at least one occasion and I have been happy to report––like others before me––that the reports of my death had been greatly exaggerated.

These days, of course, we get a  bunch of information online and I learn some sad news by surfing other mystery blogs. Recently, some of my favorite authors have moved their typewriters and word processors to a higher plane.

Jakob Arjouni (pseudonym of Jakob Bothe) was a German author to whom I was introduced a few short years ago by his book Happy Birthday, Turk!, which I mentioned here. Jakob was just 48 years old when he died less than two weeks ago, after a difficult struggle with pancreatic cancer.

Those books of Arjouni's with which I am familiar have a focus on contemporary problems, particularly those in his own environment. He was born in Frankfurt am Main and lived there much of his life. Detective Kemal Kayankaya is his PI protagonist, who was born in Turkey but was adopted and raised by German parents. Despite his fluency in the German language, he is subjected to racism due to his ethnic appearance. He counters this with glib and humorous wisecracking repartee.

In One Man, One Murder (also published as One Death to Die), Kayankaya is hired to find a young Thai woman who has been abducted. Like many female immigrants from the East, she worked in the sex trade in order to pay back the people who brought her to Germany. A nice German man paid off her debts in order to keep her in his life, but deportation proceedings had begun when thugs, who had plans to extort a large ransom from her golden goose, took the girl. This goose hires Kemal instead.

'Pretty good mostly. I have a little trouble with those foreign words.'

After this she refuses to accept that he is a German citizen. He couldn't be.

As the case progresses, the detective follows the clues to the seamy underbelly of Frankfurt life. He prides himself on solving cases no matter how sordid the affairs seem to be, but the unstoppable, unshockable Kayankaya gets a few surprises before he can put this case into the old files.

Arjouni won the 1992 German Crime Fiction Prize for this book.

Arjouni wrote seven books of fiction and his prose is terse and to the point, very much like Ken Bruen, Raymond Chandler and Dashiell Hammett.

Margaret Yorke, who was 88 years old when she died late last year, was nearly twice Arjouni’s age, and she was also a very prolific author as well as another favorite of mine. I liked her small gem of a series of five books featuring her sleuth, Dr. Patrick Grant, who was an Oxford don with a Ph.D. in English literature and a fondness for Shakespeare, and who used his powers of logic and deduction to solve cases. 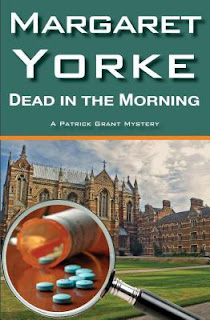 Yorke was born in Dublin, but spent much of her adult life in the UK. She began writing in her thirties, but it was in her fifties that she turned to crime. In Dead in the Morning, Grant is staying with his sister to help out with her infant. Written in 1970, Yorke portrayed Grant as the sensitive male. Even today, most men don't rush to help with their neonate nieces or nephews.

Before Grant has a chance to get bored, the housekeeper of a mean, grumpy old woman is found murdered. Patrick knows one of the possible suspects from St. Mark's College, where he is Dean, and he decides to seek out the murderer himself, since he feels the police are on the wrong track. The theme of murder in a country village makes this a classical mystery, and the clues are all there for the reader to find the killer before Patrick does. The stories in this series have recently been republished by House of Stratus in very nice trade paperback, and I am enjoying becoming reacquainted with the interesting Dr. Grant. 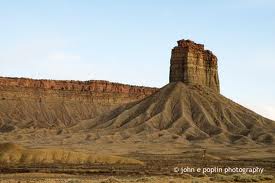 When I read the obituary written about James D. Doss, who also died in the past year, I was astounded to learn that his day job was that of an electrical engineer who worked on particle accelerators in Los Alamos, New Mexico. What a far cry this is from his mystery stories featuring police detective Charlie Moon, who is a rancher and sometime tribal police investigator on the southern Colorado Ute reservation. 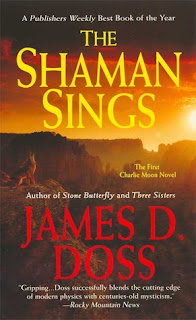 Moon investigates crimes with the help of his aunt Daisy Perika, a tribal shaman who has prophetic dreams when trouble is brewing. In the first book, The Shaman Sings, the story begins with the brutal death of a young woman who is a brilliant physics student at a local university. Granite Creek Police Chief Scott Parris is warned by Daisy of more trouble to come, and he begins having disturbing dreams of his own.  The easy answer would be to charge the nearest foreigner––who in this case happens to be a janitor with an unsavory past and who is now on the run. It helps that his tools were used in the crime. But Parris believes that there is an evil force at work around the campus. 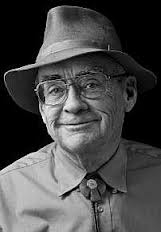 I found this debut intriguing because the characters are so well drawn that I wanted more of them––and I was fortunate enough to have my wish granted. The trio of Moon, Parris and Perika has adventures covering 17 volumes, the last of which, The Old Gray Wolf, was completed shortly before Doss's death. Charlie Moon has the misfortune of killing a young man in the course of his duties. It was a second unpleasant surprise to find that the young man had connections to the mob and retribution was on its way. There were several plot twists, but there was quite a bit of digression and verbal meandering to deal with as well. Overall, I believe Doss was good to the last drop.

I often wonder how I can justify keeping all the books that I have collected. But then I think of times like these, when I can turn to my treasures and reread the books and stories of those who have passed on and be comforted that the words written are still here to be enjoyed and to enrich our lives.
Posted by Maltese Condor at 4:00 AM