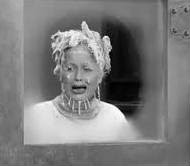 We are very comfortable these days with the 12-month Gregorian calendar that keeps us synchronized with the weather, but there was a time when the calendar of the Roman Empire only covered 10 months. Those sybaritic Romans began their year in March––known as Martius––and the two winter months before then were known as "dead time." These months were unnamed. There were probably a lot of good reasons for that, not the least of which was the climate, which prevented much of the pleasurable social activities. Even the murder of Julius Caesar did not take place until after the Ides of March. I wonder if there were even over toga coats? Aside from that, we all have our own opinion about what is "too" cold.

Even though in some things, the more things change the more they stay the same, in the case of modern mid-winter months, a definition of "dead time" could easily be "a good time for murder." 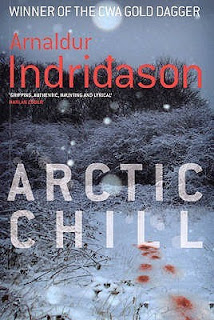 This is true in Arctic Chill by Arnaldur Indridason. On a bitter cold January day a 10-year-old boy is found dead and frozen to the ground not far from the schoolyard where he spent his days, and not far from the apartment he called home. He was the second son of a Thai woman, who had come from her native land in marriage to a local man in Reykjavik, Iceland. The boy was a happy child, for the most part, who did well in school, made friends easily, and whose life should not have ended in a pool of blood.

Immigrants to Iceland were becoming more numerous––as they are in many parts of the world where there are available jobs. Similarly, in Iceland the natives of the country have mixed feeling about the influx of foreign languages and cultures. Could this crime be racially motivated? This is the question asked again and again without much result. If not, how else could this death be explained? 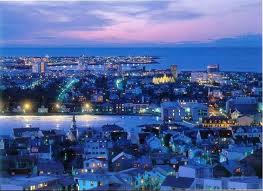 Detective Erlendur and his team have to scratch the surface of a seemingly polite society to see what is not so obvious. Meanwhile, dealing with this death of a young boy, a second son, reminds Erlendur of the death of his own brother as a child, lost in a blizzard, for which he still has not forgiven himself. This haunts him throughout the case, as it also keeps reminding him of all his relationship failures.

This mystery is billed as a thriller, but I found the pace and the police-procedural aspect of the unveiling of the facts to be slow and steady. The story is sensitively done and a very nice glimpse of the realities of life in Iceland. 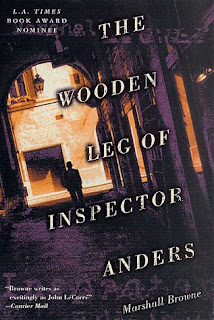 Meanwhile, things are no different in the current-day Italy. Marshall Browne tells the tale of The Wooden Leg of Inspector Anders.

Inspector D. P. Anders had been retired from the Rome police for several years when he is asked him to return to the force to help clear up some cold cases. He was a decorated national hero who had been instrumental in bringing down an anarchist group 10 years before. It was during this effort that he lost his leg––as well as his desire to be a policeman.

Now Inspector Anders is being sent from the ministry in Rome to a southern city (unnamed in the book) because a few months before, the Ministry's agent, Investigating Magistrate Fabri, and his two bodyguards were blown to pieces while sitting in a piazza café. Fabri had been sent to investigate the assassination of Judge de Angelis, who was presiding over a case of local corruption that involved many powerful local people.

The Commissioner of Police in this southern city cannot understand why he is being sent an aging policeman of no particular rank and who, additionally, is disabled. Anders himself is not sure why he was chosen for this commission. But, locally, the ripples are already being felt and almost immediately another undercover cop from Rome is killed. 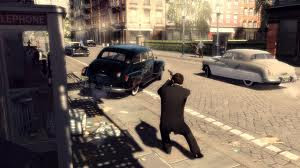 These recent deaths of public figures in the city are ascribed to anarchists. This is the story that the powers that be have agreed upon. Anders is well aware of the fact that most, if not all, of the groups of anarchists that had Italy terrorized at one time were either disbanded or are deep underground. He knows that the real people involved in these crimes are involved with a different criminal society, one that has been the power behind the scenes for decades in southern cities. The governing principle keeping the criminals in charge of the city is fear. Everyone who dares to stand up for the ideal of a free society places his own life, as well of those of his family, at risk. The methods used in the murders of anyone who would rock the boat are brutal and sadistic. The populace knows that even an innocent gesture or look may bring down danger. 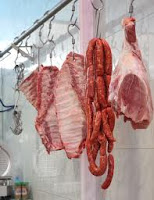 What Anders is beginning to suspect is that this may be a case of dishonor among thieves. Things that don't add up one way make sense if there is a renegade faction in the Mafia who are bringing more attention on themselves by some of these deaths. But, in any case, can one man––or even groups of people together––fight such insidious, widespread and deeply-entrenched corruption?

The detective questions if truth and justice can ever be stronger than the Mafia and the politicians and bureaucrats in their pockets. In this excellent novel by Marshall Browne, you will find a beautiful recounting of the classic paradox of the irresistible force meeting an immovable object. One realizes that if there is such a thing as an immovable object, there cannot be an unstoppable force. Both cannot be true at once. In this particular story, one is given hope that evil cannot triumph forever; there will be forces of good that will win the day. Browne tells the tale with a rapid pace, the suspense building to the point that you are gripping the book with both hands. Everything that happens has such a feeling of reality that my sense of disbelief was completely shut down. There is an intense feeling of the despair for the characters in this city, but where there is life there is hope.

Browne is a native Australian, but he has convinced me he has an Italian soul. His series of three Inspector Anders books is very short, but this debut was fantastic.

There is something about this time of year that brings many of us to the brink of hibernation; our own personal dead times. It is a great time for reading, though. Still, I am amazed by those hardy individuals who thrive in the dead of January. 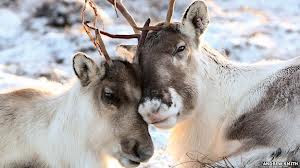