In my own field of endeavor, when you want to use an article from the 1980s as a reference—or even quote from one only 20 years old—you can read a certain disbelief in some faces as they twirl their fingers by their temples in the "she's loco" sign. But not everyone thinks you can't learn from the past. Take a lesson from Gino Fornaciari at the University of Pisa who, at 70 years old, is a leading light in a new discipline: the rapidly growing field of paleopathology. Fornaciari is no ordinary medical examiner; his cases are centuries—even millennia—old.  Over the past 50 years, using tools of forensics and medical science—along with clues from history, art and anthropology—Fornaciari and his colleagues have become detectives of the distant past. They are exhuming historic human remains from different areas in Italy and determining the causes of death. Fornaciari himself has examined such nobles as the Medici and the Aragonese. He hopes some day to get a gander at the remains of Galileo. 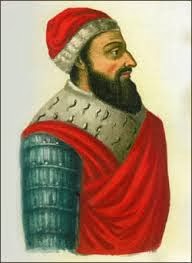 The August 2013 Smithsonian magazine has an excellent article about his current case detailing work on Cangrande della Scala, a warlord of Verona, who was praised by Boccaccio and Dante himself in Paradiso. His body was removed from a high, dry marble sarcophagus in the medieval church of Santa Maria Antica in Verona. Dr. Fornaciari determined that historic rumors were true; he was poisoned by foxglove. Cangrande was murdered!

Aside from correcting the history books, is there any reason to disturb the dead? Certainly the body of knowledge that Fornaciari has accumulated has helped the world of science and that of mystery writers. 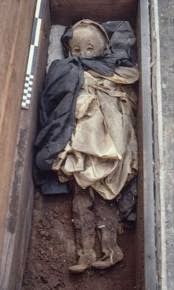 When it comes to dead bodies, forensic anthropologists are like the Munchkin coroner of Oz, who said he preferred his corpses "not only merely dead, but really most sincerely dead." The older the better may the case for some bone readers. If a decade is a safe bet, a few centuries is better still. There are many popular fictional bone detectives whose antics I follow.

One of the best-known forensic anthropologists in this country is purely fictional: Kathy Reichs's Dr. Temperance Brennan (Tempe for short), who abandoned a rickety marriage and bad memories in her move from North Carolina to the Canadian province of Quebec, where she is director of forensic anthropology. Tempe is a fortyish recovering alcoholic and mother of a college-age daughter. She's troubled, but very good at what she does. 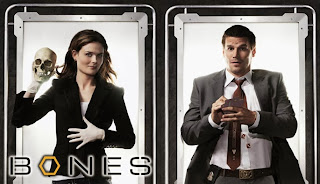 You can take your pick between the above print version or the screen version of Temperance Brennan: a thirtyish woman, socially inept, who grew up as a foster child, but who has acquired three doctoral degrees. She goes by the nickname "Bones." Bones works for a branch of the Smithsonian and contracts out to the FBI. What she has in common with the print version is her skill at her work. Bones's advantage over Tempe is Agent Seeley Booth.

Of Kathy Reichs's debut novel, Déjà Dead, first I must say that it's another to add to the extensive list of books about serial killers of women, but this is written by a woman who is a forensic anthropologist herself for the office of the Chief Medical Examiner for North Carolina and for the Laboratoire des Sciences Judiciares et de Médecine Légale for Quebec. And more. She really knows what she is talking about. I have begun to listen to her books on my iPod because the narrator of the first is the fabulous Barbara Rosenblatt of the Amelia Peabody books' fame, so I am restarting the series with Déjà Dead. 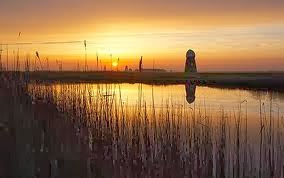 Another very interesting character whom I have enjoyed reading about is Elly Griffiths's forensic antropologist, Ruth Galloway. Ruth makes her home on a lonely spit of land surrounded by marsh grass and the sounds of birds and wind. Her friends can't understand how she tolerates the isolation and the loneliness. But this was land that was sacred to inhabitants at least as far back as the Iron Age, a place not quite earth, not quite sea. It suits her.

Ruth is in her late thirties and is the head of forensic archeology at the University of North Norfolk. She doesn't spend much time on her personal appearance; she usually wears loose and shapeless clothes. In the recent past, she was involved in a police case in which she had to identify some bones, and, before it was over, she became pregnant. She has not told anyone, not even the father of the baby. 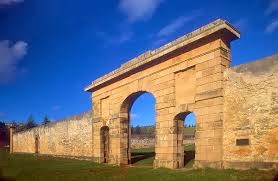 In The Janus Stone, second in the series, Ruth is called out to a construction site where the headless body of a child has been found buried under a wall. Both the Celts and the Romans offered foundation sacrifices to the gods Janus and Terminus, and Ruth must determine if these bones are new or centuries old. More bones are found at what was once the site of a children's home. Again, Ruth's job is to determine the age of the bones and how the person, most likely a child, died.

Carbon dating proves that the bones predate the children's home and come from when the home was privately owned. It is an interesting coincidence that the people developing the land are the same ones who once owned it. Is the killer still alive? Ruth begins to receive terrifying messages threatening to kill her daughter. The book is hard to put down.

This series is terrific, and the next in line is The House at Sea's End.

As a longtime fan of Aaron Elkins's Gideon Oliver, the "Skeleton Detective," it was fun to read the sixteenth series book, Skull Duggery, a foray into southwestern Mexico in the Oaxaca area. Gideon and his wife Julie are headed to the Hacienda Encantada, a small resort owned and run by Julie's friends and family. They are planning to help out there while some of the regular management takes some needed R&R.

Gideon would have been metaphorically twiddling his thumbs within hours if not for the recent discovery in the area of some choice bony tidbits: the possible skeletal remains of a young girl and a desiccated mummy found at the base of a hill in an arroyo. The local medical examiner tells the police that the man who died in the desert was shot, and the bullet must have fallen out the same hole made by the bullet entry. There is nothing that Gideon likes better than a puzzle. 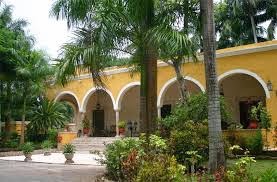 Flaviano Sandoval has been the village police chief for just short of a year, and he lives by the motto drummed into him by his stern father: "Expect the worse, and you will get what you expect. Only it will be worse." While Sandoval knows he is not cut out to be an officer of the law for the long term, he is eager for any help Gideon can give. What Gideon finds is that, despite the enchanted name, the hacienda has survived for four score years and more of turmoil and has gone through good times and bad. The family living at the hacienda and running it has secrets that go back decades. But Gideon's forte is looking to the past, and he is in his element.

Elkinss' most recent Gideon Oliver mystery is Dying on the Vine, which is on my wish list.

My interest in forensic anthropology began in the '80s, with a series written by Sharyn McCrumb and featuring Elizabeth MacPherson, a forensic anthropologist just out of college. I need to bone up on these a bit, but my best recollection is one entitled If I'd Killed Him When I Met Him. I believe the title is taken from the overheard phrase by a battered woman that ends, "I'd be out of jail by now." 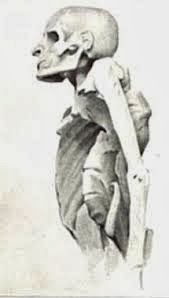 In this eighth series book, Elizabeth is working as a PI for her brother Bill's law firm, and she becomes involved in two seemingly similar cases of women who killed their husbands. One woman was the perfect lawyer's wife who would almost rather go to jail for murder than admit she was abused, and the other was the wife of a hypocritical bigamist who proudly admits what she did. But was this just a way of saving face because she was a scorned woman?

Like some other homicides in this series, murder in this book is committed by someone trying to protect an important southern image or culture, more important sometimes than greed or revenge. These books are a satire of a mannered society where appearances and social position count. Nonetheless there is always a humerus content. (See what I did there?)
Posted by Maltese Condor at 4:00 AM