Are you noticing scurrying ants trying to put the grasshopper to shame, and pickup trucks with beds loaded with cords of wood? I, too, am feeling the urge to begin a stockpile of my own for the fall. I mean books, of course. 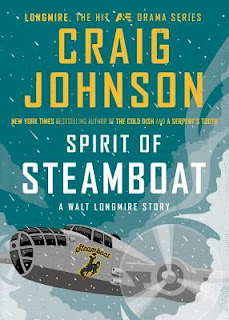 Some readers keep a stash of holiday-themed stories to read during the last months of the year. A great addition to that pile would be Craig Johnson's Spirit of Steamboat (Viking, due October 17).

Carl Sandberg once asked, "Kisses, can you come back like ghosts?" He was talking about lovely things brought to the expected end.

Sheriff Walt Longmire is reading in his office on December 24th, when he's interrupted by a young woman with a hairline scar across her forehead. She seems to know him; she is a ghost from his past and she claims to have something she must return to Lucian Connally, the previous sheriff. Even though it is Christmas Eve, Walt is at loose ends, and despite the woman's reluctance to reveal her identity, he agrees to help her. He takes her to the Durant Home for Assisted Living, where Connally now resides. The ex-sheriff swears he's never clapped eyes on the woman before. To jog his memory, the woman whispers, "Steamboat," and begins a story that takes them all back to Christmas Eve 1988; back to a record–breaking blizzard during Walt's first year as sheriff, when three people died in a terrible crash and a young girl hung onto life by a thread. I am holding my breath for this book to come out.

Pre-order is a great way to get books hot off the press, and I have a few on their way to me. They are: 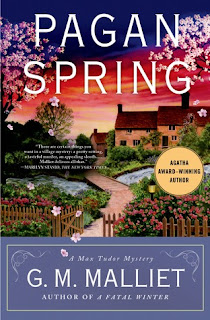 Max Tudor turned his back on his previous life as an agent for Her Majesty's government, and decided he would rather try to save souls one at a time––and with that, maybe his own. Now, Vicar Max is enjoying living in a small town that ought to be a haven of peace. There are no Gardens of Eden any longer, and Max has to use his old skills more that he likes. But he is reveling in some newfound personal happiness with Awena Owen, a local woman, and now he feels that life at the moment holds no greater challenge than writing his Easter sermon.

But it is always somebody's last supper, and in this case, a well-known dramatist is found dead after a dinner that Max attended. Max knows a poisonous atmosphere has once again enveloped his perfect village of Nether Monkslip. Max has to try and restore peace to Nether Monkslip and still manage to finish his sermon. The clues are there, so Pagan Spring, featuring everyone's favorite attractive vicar, holds a basket of pleasure. 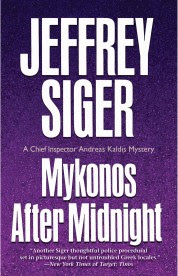 Mykonos was once an obscure, impoverished Aegean island, but it has morphed into a tourist Mecca and summertime playground for the world's rich and famous. This process has made the Mykonian people some of the wealthiest in Greece, despite the financial disasters plaguing the rest of the country. While the old guard is still a force to be reckoned with, it doesn't prevent one of them, a legendary nightclub owner, from being brutally killed while at home. The evidence may point to the usual suspects, but there are always buried secrets and hidden politics to trap the unwary. Andreas Kaldis, the well-known head of Greece's special crimes division, is certain there's a far more complex solution to the murder than robbery, and he will find it. Kaldis is in for a battle against powerful enemies from far outside Greece, but then Greeks are known for their heroes. 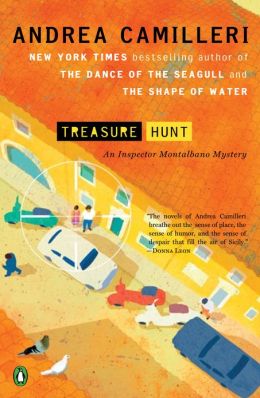 Inspector Salvo Montalbano usually avoids television appearances, because he thinks he always comes off looking like an idiot, but when a crazy old man and his sister begin shooting from their balcony down onto the Vigàta street below, he finds himself a reluctant television hero.

A few days later, Montalbano gets an anonymous letter with a mysterious riddle, drawing him into a perplexing treasure hunt. Fending off meddling commissioners and his eternally irate girlfriend, Livia, the inspector will follow the treasure hunt's clues and travel all over the streets of Vigàta. While Salvo is on the hunt, a horrifying crime is committed––but should the game go on? And will Montalbano himself become the hunted?

When it comes to stockpiling, there is nothing better than starting a new series or a blast from the past series with plenty of volumes that can entertain you throughout the fall and winter months. My recent discovery is Travis McGee, that iconic free Floridian spirit of John D. MacDonald's. It took me many decades to find these stories, but I am glad I did. 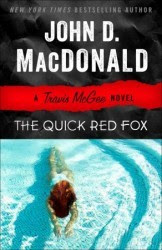 In The Quick Red Fox (originally published by J.B. Lippincott, 1964) are scattered nuggets of McGee's (or MacDonald's) philosophy. Travis says, "I get the feeling that this is the last time in history when the offbeats like me will have a chance to live free in the nooks and crannies of the huge and rigid structure of an increasingly codified society. Fifty years from now I would be hunted down in the street."

Well, 50 years have passed, and I think McGee would be safe in the street, but he was right on the money about a codified society. Medical diagnostic codes, PIN numbers, bar codes, zip codes and on and on.

These wonderful novels pack quite a punch. 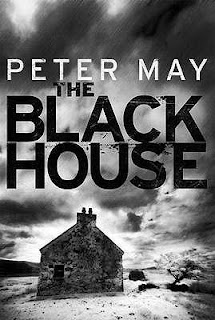 Peter May is one of my favorite authors and I have enjoyed both his Enzo Macleod series, set in France, and his Li Yan/Margaret Campbell series, set in China, so when he wrote a mystery centered in the Outer Hebrides of Scotland, I was eager to read it. In The Blackhouse (Silver Oak/Sterling Publishing, 2012), Detective Inspector Fin Macleod of the Edinburgh police is at a low point in his life and suffering from depression when his bosses call him in and tell him it's time to shape up or ship out.

The case they give him will send him back to the Isle of Lewis, which is part of the archipelago of the Outer Hebrides. Fin left Lewis 18 years ago, returning only once: for the funeral of the aunt he lived with for several years. He had never looked back.

Macleod had felt a great sense of freedom once he came to the city.

Many of Fin's Lewis friends had also wanted to leave, but circumstances kept them home. Fin tries to reconnect with his old friends, but he finds this difficult, as they have altered, mostly for the worse. Artair, his closest childhood friend, is a very bitter drunk; Donald, once a free spirit, is now a forbidding minister; and his old girlfriend, married with a child, is almost unrecognizable.

Now, perhaps one of them was the perpetrator of the brutal murder of a bully––from childhood to the present. Was Fin wearing blinders then, and is he wearing them still? One thing is sure, and that is he has to accept what kind of a person he was then and consider if he has changed for the better or the worse.

Fin initially appears to be an inconsistent character, but as his past is revealed, he makes more and more sense. The murder may seem to be a side issue at times, but solving it sheds light on all the mysteries in Fin's life. This was a great read. 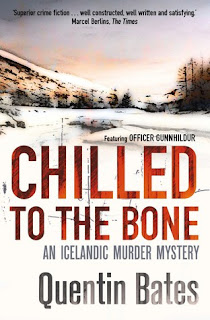 Another author whom I have begun to appreciate and look forward to is Quentin Bates, whose backdrop is another island, albeit a very different one: Iceland. His protagonist is Sergeant Gunnhildur Gísladóttir, a 40-something police officer from Reykjavik.

Gunna the cop, as she is called, is settling into her job in the capital city. She had been in charge of a small police force of about three in a small town, but because of her success in a murder case, was promoted and transferred.

In Chilled to the Bone (Soho Crime, due December 3), Gunna is about to become a grandmother, and she is not sure how she feels about that, but she is completely focused when she is called to investigate a death in a major hotel. The dead man appears to have been involved in a bondage situation that was too great for his heart. Gunna soon picks up a notion that this is not an isolated case, and as she investigates, she finds that the players in the case include powerful people––as well as a killer who gets rid of anyone in his way.

A stockpile of books is like getting in wood for the stove. Both will keep you warm and happy––not chilled to the bone––as the temperature drops outside.
Posted by Maltese Condor at 4:00 AM