I'm super excited about books I see appearing in the next few months. Some great series with another addition, something new from favorite authors and other books too good to miss. Coming up this fall are rain-soaked nights perfect for reading, and afternoons when I'm stuck at my son's orthodontist. Some of these upcoming books are bound to materialize in my future:

This is the book that makes me pace around my mailbox, waiting for it to arrive.

Years ago I read Bob Shacochis's The Immaculate Invasion, a tour de force in conveying the confusion, terror, violence and moments of black comedy during the 1994 US occupation of Haiti after the overthrowal of newly elected President Aristide. So when I saw Shacochis's name on The Woman Who Lost Her Soul (September 1, Grove Atlantic), I leaped to look up reviews and wasn't surprised to see stars.

It begins with the 1998 murder of a woman on a Haitian road occupying American forces had nicknamed the "Highway to Hell." Narrator Tom Harrington, journalist turned human rights lawyer, recognizes her as a woman who had sought redemption at a voodoo temple several years before. The story weaves through the Balkans during World War II and peace-keeping mission years and Cold War-era Istanbul, as well as Haiti, in a novel called reminiscent of John Le Carré, Joseph Conrad and Graham Greene. I absolutely cannot wait to read it. 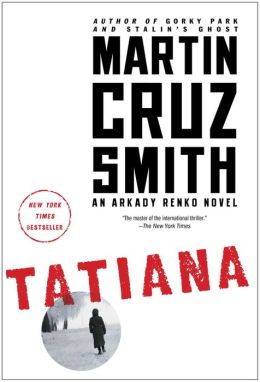 When the Who sang "Meet the new boss/Same as the old boss," they could have been thinking of long-suffering Arkady Renko, who has spent 30 years as a homicide inspector in Moscow, Russia. The Soviet Union has collapsed but the boss hasn't changed. Neither has Renko, who's often at odds with his world. He remains the same honorable and cynical man we first met in Martin Cruz Smith's 1981 book, Gorky Park. (See here for Maltese Condor's review of the third book, Red Square.)

Smith's dramatic settings, suspenseful and complex plots and outsider heroes make me eager to read Tatiana (November 12, Simon & Schuster). Renko's eighth appearance is inspired by the real-life murder of journalist Anna Politkovskaya. His case begins when investigative reporter Tatiana Petrovna falls to her death from a six-story Kaliningrad apartment building due to be razed by developers. It's quickly ruled a suicide but Renko is aware of Petrovna's reputation for digging into corruption. When her body can't be produced and a notebook of incomprehensible symbols turns up, alarm bells ring in Renko's head. 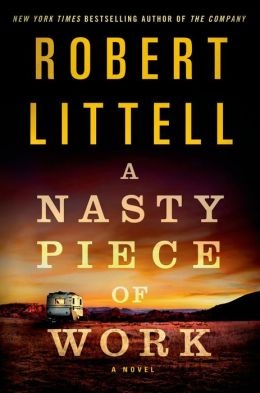 Some espionage writers are so reliable you envision them popping on a disguise and walking on tippy toes even if it's only to haul the garbage can to the curb. Robert Littell is such a one. He's an American who writes first-class novels and historical fiction about spies, such as The Amateur, The Company and Young Philby (see Sister Mary Murderous's review).

In A Nasty Piece of Work (November 19, Dunne/St. Martin's), he lets down his hair with only a peek at his spycraft manual. Protagonist Lemuel Gunn (Lem Gunn!) is ex-CIA, living in a trailer in New Mexico and working as a private eye. Onella Neppi stands to lose $125,000 and her bail bonding business if Emilio Gava, on the lam from a drug charge, doesn't appear in court on time. All photos of Gava have disappeared from the Las Cruces Star and police files. Onella expects Gunn to collar her man and drag him back and I wouldn't bet against him. I also wouldn't bet against Littell for nuanced characters, intricate schemes, double dealing and a welcome dose of irony. 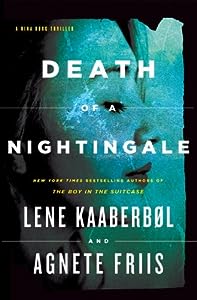 I get the willies looking at the frozen cover of Death of a Nightingale by Lene Kaaberbøl and Agnete Friis (translated from the Danish by Elisabeth Kallick Dyssegaard) (November 5, Soho Crime). But I like the compassion and urgency these two Danish writers bring to their fast-paced books about the exploitation and mistreatment of women and children. In theme and use of a strong female protagonist their books are similar to those of Stieg Larsson, but their writing is more polished and Nina Borg, a Red Cross nurse, wife and mother, is a more believable heroine than Larsson's hacker Lisbeth Salander.

This third Nina Borg book (after The Boy in the Suitcase and Invisible Murder) involves Natasha Doroshenko, a Ukrainian woman seeking refuge at Nina's crisis center. Natasha is later arrested by Danish police for attempted murder of her abusive fiancé, Michael, but she escapes from custody. After Michael is found murdered, Nina launches an investigation that reaches back to the Ukrainian famine of 1934. (This reminds me that I still haven't read Dan Smith's The Child Thief, reviewed by Georgette here). 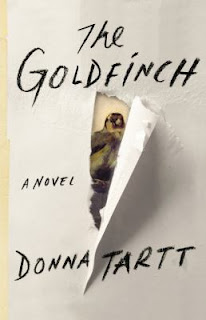 One of these days Read Me Deadly should feature a post, "Popular Books I Haven't Read: Should or Shouldn't I?" I'd list Donna Tartt's The Secret History and The Little Friend.

After reading about loss and consolation in Jonathan Safran Foer's Extremely Loud and Incredibly Close, I want to try Tartt's third book, The Goldfinch (October 22, Little, Brown). Its narrator/protagonist, young Theo Decker, survives a New York City Metropolitan Museum explosion that kills his beloved mother. Half buried in the rubble is the "mysteriously captivating" Dutch painting, The Goldfinch. It becomes Theo's talisman as he slips into delinquency while flitting from the sofas of friends to nights on the street to avoid identification as an orphan by authorities. Theo's memories of his mother, which bring her vividly alive, and new friends in art's underworld give him hope. 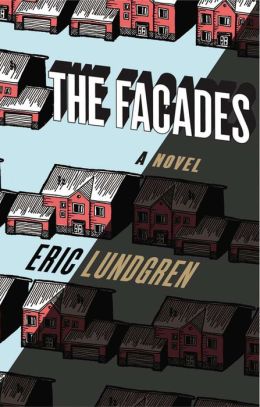 Eric Lundgren's debut, The Facades (September 12, Overlook), is also about loss, but don't wail, rend your garments, pluck hair off your head and beard, and sit back astonied just yet, because it's a satire. Narrator Sven Norberg, father of a difficult teenager, searches for his wife Molly, a famous mezzo-soprano who disappeared from opera rehearsal. Reportedly, the book's characters are unique, the dialogue is entertaining and Sven's amateurish investigation is existential and funny. Yet the heart of the book is the odd fictional midwestern city of Trude. There, libraries are barricaded and armed librarians stand off with police (wouldn't you know that writer Lundgren is a librarian by day?). A wonderful city for tracking a missing woman, isn't it?

Among the most charming of fictional sleuths is Tarquin Hall's Vish Puri, the dapper, rotund Punjabi founder of the Most Private Investigators Ltd., in Delhi, India. Puri is more closely related to Hercule Poirot and Mma Precious Ramotswe than to Philip Marlowe.

It's unnecessary to read the series debut (The Case of the Missing Servant) first, but these books are like potato chips. It's impossible to read just one. And there are recipes at each book's end (for a mouth-watering description, see Sister Mary Murderous's comments here). The fourth, The Case of the Love Commandos, will be published on October 8 by Simon & Schuster. It's about a young Delhi couple who wish to marry, but the bride's father objects to the groom's low caste. Hall uses a delicate touch to write about serious topics in Indian society, and this book promises to be as entertaining as others in the series.

Kidnapping/holding a captive is this fall's fictional crime du jour (or should I say crime de la saison?). Carla Norton's The Edge of Normal (Minotaur Books), James Sallis's Others of My Kind (Bloomsbury), Joe R. Lansdale's The Thicket (Mulholland) and Larry Watson's Let Him Go (Milkweed) are very different books but all concern abduction and have a publication date of September 10.

Taking the cake for an unsettling case that may not be what it seems is Pierre Lemaître's brutal, "unpredictable, oddly delectable" Alex (translated from the French by Frank Wynne, September 1, Quercus/MacLehose). Thirty-year-old Alex Prévost is abducted off a Paris street and then kept captive in a nightmarish situation I'll describe as similar to the one in Poe's "Pit and the Pendulum." Tiny (less than five feet tall), troubled Police Commandant Camille Verhoeven heads the race against time to rescue her. Alex is meant to be the first in an English language trilogy, although it's the fourth book published in French (why, oh why, do they do this to us English speakers?). It's a European best seller and is receiving loud American raves. I'm thrilled to see this new French thriller series, but I'll read Alex with all the house lights on.

I like traditional mysteries, but I prefer that cozies not be too cozy. I'm taking a chance on Aunty Lee's Delights by Ovidia Yu (September 1, Morrow) because it's set in Singapore, Kirkus Reviews calls it "delightfully anachronistic," Louise Penny gives it an enthusiastic blurb and Goodreads reviewers compare Rosie "Aunty" Lee to Miss Jane Marple. Like Miss Marple, Aunty Lee is shrewd and very curious. Her expertise in human nature makes her valuable to the police.

In addition to a complex protagonist, there's a quirky cast of supporting characters, including Aunty Lee's assistant/maid, Nina Balignasay. A lot of good food works its way into the story, not only because Aunty Lee owns a restaurant, but because she sees similarities between food preparation and crime solving and uses the offering of food to good effect in her investigations.

In this first Singaporean Mystery, Aunty Lee investigates the deaths of two women whose bodies wash up on Singapore's Sentosa Beach. Patrick Flanery gives us what sounds like a killer novel about modern American anxieties, the problems with fresh starts and the failure of the American Dream in Fallen Land, published on August 15 by Riverhead.

It all begins with a lynching and a transfer of property in an unnamed midwestern city. Then, Louise Washington loses that land through eminent domain and remains as a squatter in her home. Paul Krovik builds on the land, but his development fails. He loses his property and family and retreats to live in a secret underground bunker connected to his mansion's pantry by a tunnel. Unaware there's a man living beneath the mansion, and desiring a change from Boston, Nathaniel Noailles, of the multinational security corporation EKK, buys it and moves in with his wife, Julia, and their young son, Copley. (This sounds like the set up for a nitroglycerin experiment. Any little movement and Ka-BOOM!)

These books are only a sampling of the fall book harvest. We at Read Me Deadly hope you're finding some good things to read and we'd enjoy hearing about them.

Don't go away, because tomorrow Georgette will show us more of her fall picks!
Posted by Della Streetwise at 4:00 AM