Review of Vidar Sundstøl's The Land of Dreams

The Land of Dreams by Vidar Sundstøl

Over time, I have enjoyed reading authors who slip with ease into a different nationality and convince me to the core that they are native born. Donna Leon always comes to mind when I think of this skill. She is American by birth, but she demonstrates that she has a Venetian heart in her Commissario Guido Brunetti mysteries. Eliot Pattison is an American lawyer and author who has me totally convinced he is Chinese when he writes about investigator Shan Tao Yun, who began his fictional life imprisoned in a Himalayan labor camp after he displeased his superiors. I can't overlook Marylander Martha Grimes, who speaks with a distinctly British accent in her 22-book Superintendent Richard Jury of Scotland Yard series. 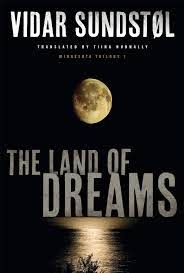 So I was exhilarated to come across The Land of Dreams, by Vidar Sundstøl (University of Minnesota, 2013). This is the first installment of his spine-chilling Minnesota Trilogy, and it is the flip side of what I was talking about. It is a book written by a Norwegian, telling an American tale with a Norwegian twist.

This is an account that begins on an ordinary summer day in the life of Lance Hansen, a U.S. Forest Service cop who patrols the area known as the arrowhead of Minnesota; the area located in the northeastern part of Minnesota on the north shore of Lake Superior, and it's so called because of its pointed shape.

Lance is better known to the locals as a historian and a genealogist with a great fount of knowledge about the origins and backgrounds of the local citizenry, who are predominantly Norwegian. Lance himself is of mixed ancestry, both Norwegian and French Canadian. He is a divorced man in his early 40s, who lives a solitary life. He sees his son, Jimmy, on alternate weekends and drives around with a picture of him taped on his steering wheel.

There has been a report of a tent pitched illegally by Baraga's Cross on the shore of Lake Superior, and when Lance first gets there he comes across a lone white sneaker––and then a man covered in blood, whom Lance thinks is dead.

The man is actually in shock and when he speaks it comes out as gibberish, but Lance recognizes a Norwegian word–love. The man leads him to another man who had been bludgeoned to death. They are both nude. 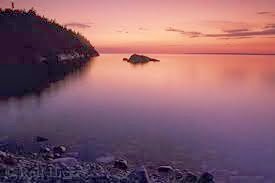 Because this is federal land, the FBI agent, Bob Lecuyer, is in charge of the case. Eirik Nyland, a detective from the Norwegian police, also joins the team––bringing with him some Aquavit and lutefisk, which he has been assured is what everyone will expect as a gift from Norway.

This team approach is a good thing, because there has not been a murder in the area in recorded history. But Lance knows of the last man who disappeared in this same area about a hundred years ago. His name was Swamper Caribou, a well-respected medicine man of the time. 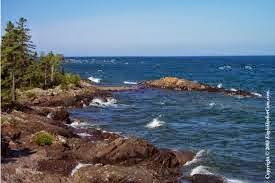 He was Ojibwe (known generally to the Europeans as Chippewa), and from what Lance has been able to piece together of the history, he is certain that Caribou was murdered, most likely by one of the small Norwegian community that existed at the time. But the secret of just what happened to Swamper Caribou has never been revealed.

Sundstøl spins a tale of Norwegian noir meeting Minnesota makeup––and by that I mean those qualities of Lance's that keep him evaluating all the threads tying his family, his community and his past and future together. He tries to balance what he knows with what he can tell.

There are some portions of this book that are somewhat historical and some that are entertaining travelogue, because the author incorporates real local eateries, bars, and activities such as a July Fourth celebration.

I loved being distracted by little historical vignettes, such as the one about a small town named Finland ensconced deep in the forest, which is inhabited by Finns, naturally. The first Finns who came to this beautiful area of the Baptism River Valley, uninhabited up until then, settled in. These early immigrants then sent home glowing reports to lure their friends and families to the north shore of Lake Superior. It was a fact that these letters contained not a single word of truth. The reality was that the land wasn't good for anything but growing potatoes, and even then there was no way to get the crops to market except piece by piece up and down steep slopes to Lake Superior. 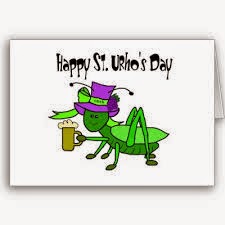 Some other parts of the book make us travel to some deeply troubled parts of the human heart and we may have to wait for our spirits to be lifted until the second part of the trilogy, The Dead, is translated by Tiina Nunnally. She does a wonderful job with The Land of Dreams.

While you are waiting, I recommend another taste of Minnesota which is just the opposite of noir, more like happy time. Take a side trip to Lake Wobegon (from the Indian "I waited all day for you in the rain"), Garrison Keillor's hometown, where the women are strong, all the men are good looking and the children are above average. Or slip down to St. Paul, where Keillor opened a bookstore in 2006 called Common Good Books and browse a bit there. 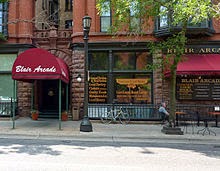 Keillor wrote this sonnet for the bookstore opening:


A bookstore is for people who love books and need
To touch them, open them, browse for a while,
And find some common good – that's why we read.
Readers and writers are two sides of the same gold coin.
You write and I read and in that moment I find
A union more perfect than any club I could join:
The simple intimacy of being one mind.
Here in a book-filled room on a busy street,
Strangers—living and dead—are hoping to meet. 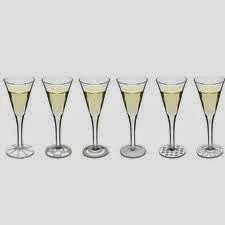