Gleanings from the Golden Age The Golden Age of mystery fiction is often defined as the period between the two great World Wars, although it actually lasted a little longer; from the late Edwardian period through the early Cold War Era. During this period, readers and writers in both Britain and the US went murder-mystery mad. Readers could not get enough of the authors' gentleman detectives and society ladies, as they turned their attention to the solutions of clever crimes that stymied the usually rather dull police. Classes were still well-defined; only gradually did the leveling effects of the first World War and the subsequent Great Depression erode the privileged status of the fortunate few. Today, these classic stories offer readers a glimpse into an age that looked golden indeed––at least for the wealthy few!

Most readers are familiar with Agatha Christie's Hercules Poirot and Miss Marple, the fastidious upper-class detectives of Dorothy Sayers and Ngaio Marsh, and John Dickson Carr's eccentric and curmudgeonly Dr. Gideon Fell. Many have chuckled over G. K. Chesterton's Father Brown, whose mysteries have been televised and are currently running on PBS. Josephine Tey wrote only a few mysteries, but her The Daughter of Time, The Singing Sands, and Brat Farrar are all unusual stories, among my favorite books. On this side of the pond, Erle Stanley Gardner churned out stories of Perry Mason and Bertha Cool, while Mary Roberts Rinehart kept readers enthralled with her romantic mysteries, and Ellery Queen and his father solved their tricky logic puzzles.

In addition to numerous novels and stories featuring her famous detectives, Agatha Christie also wrote a number of short stories about Parker Pyne, whose specialty was introducing a bit of mystery and romance into the lives of bored suburbanites. Most of these have been collected in Parker Pyne Investigates. Not murder mysteries, but if you have never read them, they are a charming treat. Almost uniquely among writers of this period, Christie was not a social snob; housemaids and struggling suburbanites were treated respectfully and sympathetically at her hands.

Have you ever heard of Clara Benson? I hadn't. Clara, born in 1890, wrote several mysteries featuring a society matron, Angela Marchmont, as protagonist. Clara wrote as a hobby, and passed her stories around among her friends. While they were good enough that friends urged her to publish them, she always declined, and it wasn't until 1965 that family members rediscovered her work and offered it to the public. 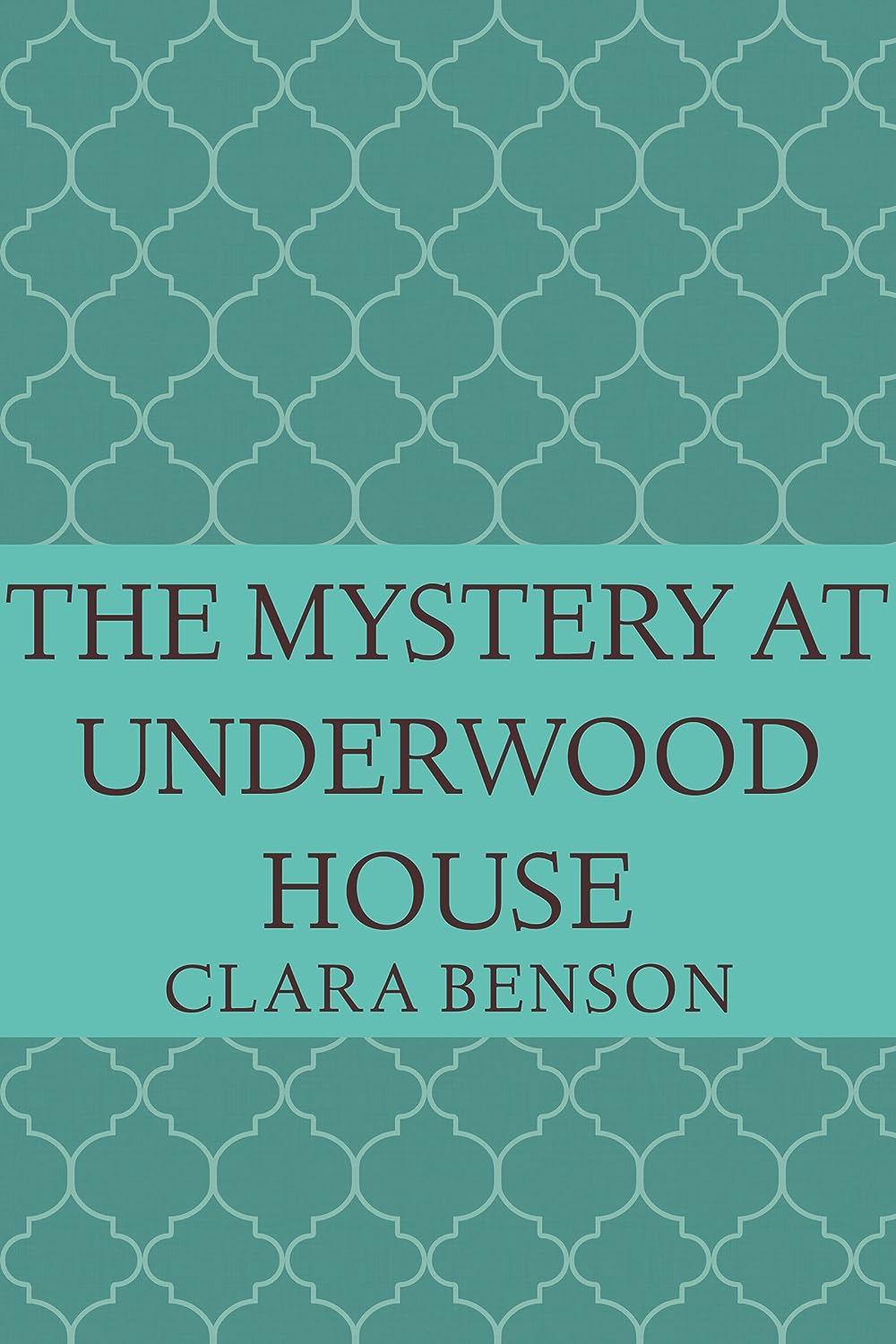 In The Mystery at Underwood House, Angela is begged by her friend Louisa Haynes to attend a semi-annual dinner with the extended Haynes family. The four children of the late Philip Haynes detested each other, but a stipulation in his will required the periodic meetings, which usually included their spouses and children. At each of the last three dinners, one of the siblings had died, apparently of an accident. Only Louisa's husband John is left, and Louisa is terrified for him. On each death, a large sum of money from the estate (the heirs had a life interest only) goes to the lawyer and executor, who is never present at the dinners. The story revolves around an obscure device in British law called a Secret Trust. Take a look at the Wikipedia description––it seems to offer the mystery author a number of delightful opportunities for crime and confusion. I'm surprised we haven't seen it used more often in Golden Age fiction.

Murders in these mysteries are always personal; the fictional psychopathic serial killer and drug-crazed random shooter or rapist are the products of a later and more cynical age. While the methods employed are clever and varied, readers of classic mysteries are not subjected to lengthy descriptions of skinned and rotting corpses, and forensics play a much smaller part than in today's crime stories. Most are fair play, which means that the reader is given all of the clues and can solve the mystery along with the detective. The supernatural, while sometimes invoked, is always a red herring, never part of the solution. Possibly the most satisfying thing about mysteries written during this period is that justice is always rendered in the end, usually––but not always––at the hands of the law. 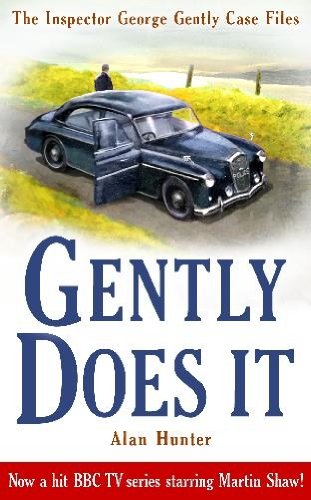 Alan Hunter's series of police procedurals always makes me smile. DCI George Gently manages to appear both fuzzy and low-key, but his deductions are always strictly logical and based on his keen and unbiased powers of observation. His technique and success often manage to enrage local inspectors assigned to the case. Fortified with an unending supply of peppermint creams and accompanied by the rather dull Sergeant Dutt, Gently is sent for whenever a murder is too complex or politically hot for local police to solve. The author felt required to warn readers from the beginning that these are not typical whodunits, but tales of the painstaking building of evidence until a charge could be made. Many of the crimes he investigates take place on the beaches of East Anglia. Gently muses,


"There seems to be some as-yet-undiscovered connection between coastal resorts and homicide, Dutt, have you noticed?... You mark my words, the sea has a bad influence on potential homicides, whether it's recognized or not."

A long-running British TV series was made of the Gently stories in the 1960s, starring Martin Shaw. I don't remember ever seeing it on PBS, but it is available on DVD for those interested. 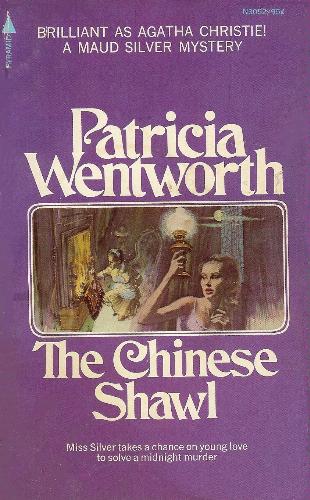 Patricia Wentworth's Miss Maud Silver mysteries are very similar in mood and theme to Christie's Miss Jane Marple stories. Miss Silver, a governess turned private detective, is usually required to rescue a pair of innocent lovers, at least one of whom has been suspected of the crime. In The Chinese Shawl, Laura Fane has inherited little but a lovely country house from her parents. There is so little money that the house has been rented for many years to her remote cousin Angela, who had been engaged to her father at one time. When Angela's heir, beautiful Tanis, invites Laura for a visit, it will be the first time she has ever seen the house her father so loved. During the weekend the flirtatious Tanis is found murdered, a piece of the Chinese shawl Laura inherited from her mother clutched in her hand. Only Miss Silver, who seems to have educated many of the British upper classes in her governess days, can put the pieces together.

Until I began rummaging nostalgically around in this period, I had thought my supply of these gentle, civilized crime stories was exhausted. How wrong I was!  It will be a pleasure to search out, read, and share some of the dozens of lesser-known lights from this incredibly productive age.
Posted by Periphera at 5:12 PM