When Bad Guys Are Heroes What happens when you, as a reader, find yourself rooting for the "bad guy"? That's the case in the first book of Richard Lord's quartet, The Strangler's Waltz.

Vienna homicide detectives Julian Stebbel and Karl-Heinz Dorfner are investigating a series of strangling murders, helped by Dr. Sigmund Freud, who was the psychiatrist of the first victim, and a young street artist who witnessed the first murder and draws a picture of the strangler that helps the police identify the killer.

Okay, here's the possible problem with the book. That street artist just happens to be Adolf Hitler. The "ick" factor of having Adolf Hitler as the character in a work of fiction as anything short of a mass-murderer is fairly strong. But is it a problem . . . or is it a sign of daring on the part of the author? I can't really decide, but I'm leaning toward interesting plot point. 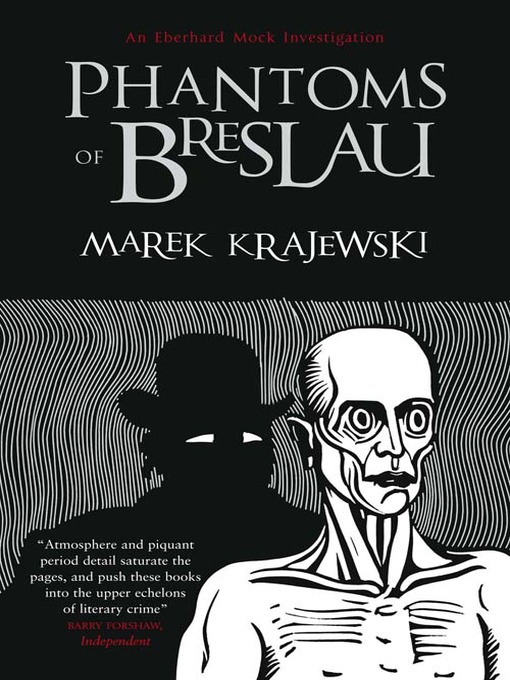 The Strangler's Waltz is only one of many mysteries and police procedurals where the "good guy" is actually almost as reprehensible as the criminal he is seeking. I stress "almost" because, in some cases, there's very little difference between perpetrator and cop. One good example of this is the policeman in the Inspector Mock/Breslau series by Polish writer Marek Krajewski.

Eberhard Mock is a completely reprehensible man. "Wife beater," "prostitute habitué," "hard drinker" and "brawler" may be some of the kinder words to describe Mock, but he rises through the ranks of the Breslau police force despite, or maybe because of, his character flaws. Krajewski is such a good writer that the reader can put aside his qualms about Eberhard Mock to follow his pursuit of criminals who are even worse than the cop pursuing them. (Breslau, a large city in the region of Silesia, is now the Polish city of Wrocław.)

Another character who could be considered unsympathetic as a "good guy" is Spanish policeman Carlos Tejada in Rebecca Pawel's four-book series set in Spain in the 1930s and 1940s. (I wrote about this series earlier, here.) Tejada is a Nationalist––a police officer in the Franco government––and most readers would have been with the Republicans, on the other side of the Spanish Civil War. Rebecca Pawel writes with so much nuance that she makes Tejada a sympathetic character.

The question the reader may ask is why such an upright man is working for an evil regime, but that just makes the books all the more interesting. Tejada is a man who firmly believes in the Nationalist cause, and I think the reader can respect his beliefs, even if not agreeing with them.

And yet another example (of the bad good guy, or is it the good bad guy?) would be Wehrmacht officer Baron Martin von Bora, in British author Ben Pastor's three-book series. I am reading the third one, A Dark Song of Blood now, and am a bit uneasy about
wanting Bora to succeed in his duties. The big problem in any Nazi-as-possible-good-guy book is the difference in Gestapo duty and Wehrmacht army duty. The former were certifiable bad guys, while the latter were sometimes seen as regular soldiers. Believe me, the distinction is difficult to make, and the line between the two is sometimes razor thin. But Pastor gives her character just enough ambiguous qualities to make it acceptable to this reader to want to read on. (By the way, yes, Ben Pastor is female.)

There are other protagonists in crime fiction who may not be good, but their characters make––sometimes, anyway––more interesting books. What books/authors can you think of?

Note: Portions of this blog post appear in my book reviews on Amazon, which appear under my username there.
Posted by Sister Mary Murderous at 4:00 AM