This six-part espionage miniseries began on Wednesday on BBC America. It's a moody, stylish production set in 1972 England, then in the midst of a lengthy miners' strike that caused power outages even at MI-5 headquarters. A KGB officer named Arkady Malinov gets himself arrested for public drunkenness and assault on a police officer so he can tell MI-5 that he wants to defect and act as a double agent. Malinov claims he wants to act as a double agent so he can reveal to the British what he learns about the Soviet-planned Operation Glass.

What's Operation Glass? Well, Malinov doesn't really know, but he knows it's huge and will change forever the status of the Cold War. It involves agents the USSR has in the UK, and Malinov says he'll let MI-5 know who they are whenever he finds out. Although they feel sure Malinov isn't telling all he knows, MI-5's counterespionage team, which calls itself the Fray, gets to work. 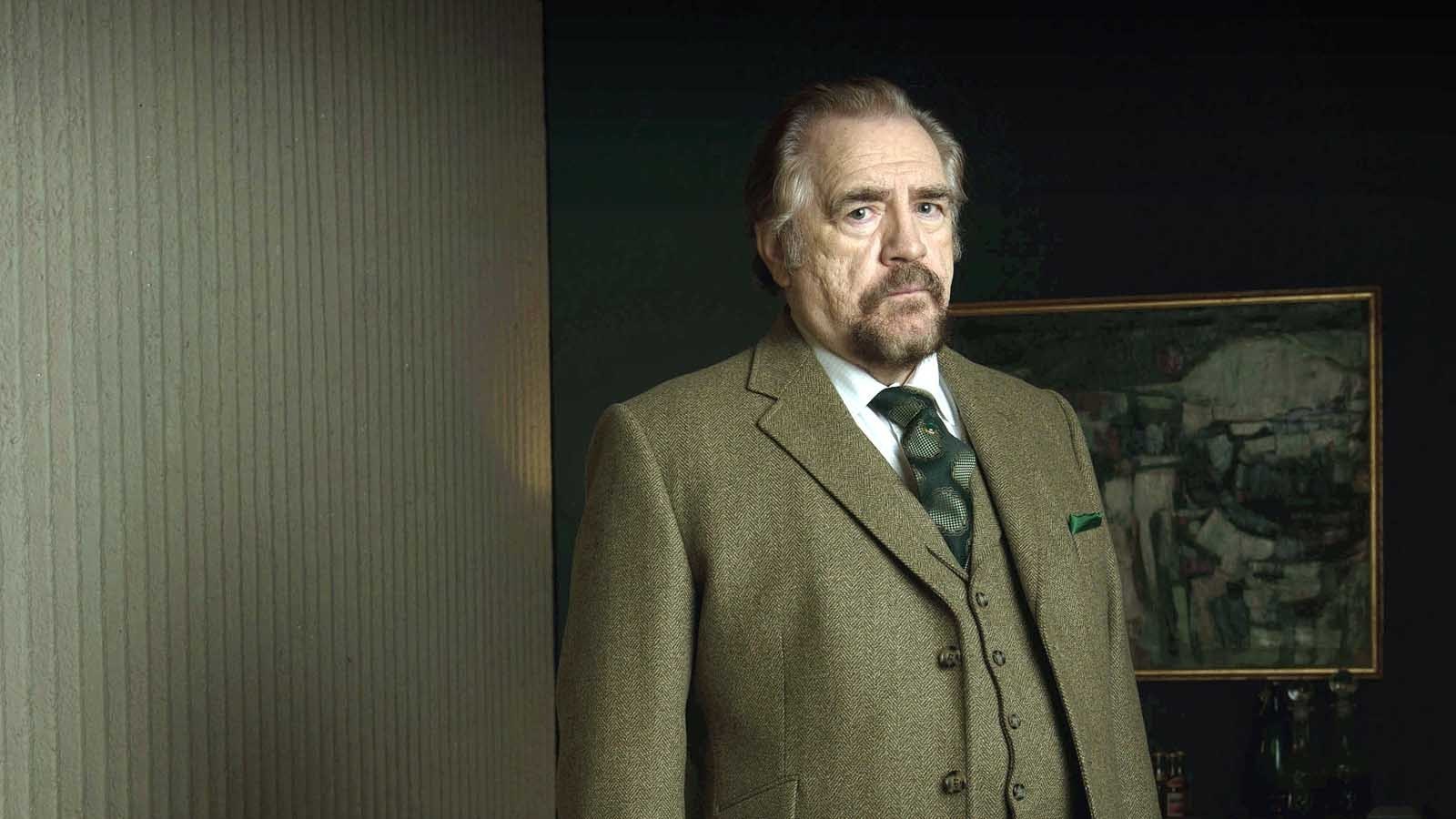 The team is headed by the MI-5 chief, code-named Daddy, and played by that craggy-faced lion, Brian Cox. Daddy's second is Bobby Waterhouse, a snakelike conniver who lives with his mother, a woman who could give Angela Lansbury's character in The Manchurian Candidate a run for her money. Waterhouse's deputy is Sarah Montag, a sharp and ambitious analyst. Her husband, Alan, is socially awkward, but a whiz at the electronic eavesdropping side of the business. Secretary Wendy Straw is a young thing who doesn't have much to say so far. Seconded to the team from Special Branch is Detective Constable Jim Fenchurch, who thinks these MI-5 guys are much too full of themselves.

Our protagonist is the seventh member of the Fray, the young and beautiful Joe Lambe. You might remember him from PBS shows like the Silk miniseries and the recent remake of The Lady Vanishes. Joe is tormented by a failed mission in Poland, one that only Daddy knows the facts about. One of the things that Daddy knows is that a Soviet agent involved in that mission is in the UK, he's part of Operation Glass, and Joe's personal desire to kill this agent will be both a spur and a hazard.

From what I've read, it appears that each week of the series will focus on a new target revealed to the Fray by Malinov, whom the team will then try to use to find out more about Operation Glass. After just one episode, it's hard to tell how this series will shape up, but I'll definitely keep watching. It's got that moody look and music appropriate to Cold War espionage drama, and the actors are fun to watch. (Though I do wish they'd enunciate! It's a sad state of affairs when even British-trained actors mumble so much these days.) Each member of the Fray has his or her own secrets, there are tensions and conflicts between them, and their office-politics intrigues may turn out to be as much a focus of the series as Operation Glass.

The Game is on BBC America on Wednesday nights at 10:00pm Eastern time.


Did you watch the two-part Death Comes to Pemberley on Masterpiece Mystery? I did, and even though it doesn't seem quite right to say this about a Jane Austen-ish adaptation, I thought it was a hoot.

Of course, this is based on P. D. James's novel of the same name. James imagined Fitzwilliam Darcy and Elizabeth Bennet six years after their marriage at the end of Pride and Prejudice. They are now living happily at Pemberley with their young son, and busily planning their annual dinner and dance for hundreds.

The festivities have to be cancelled when Lydia, Elizabeth's flibbertigibbet of a younger sister comes careening up the drive in a coach and then bursts out of its door, screaming that her husband, the ne'er-do-well Wickham, has been killed. Well, more's the pity, it quickly turns out that it's Captain Denny who's been killed. But Wickham is arrested for the crime, and that's even better than his being the murder victim if you're a Wickham hater––as all right-thinking people are, of course.

James's book was controversial. The most ardent fans of Jane Austen and P. D. James seemed to dislike it. A lot of Austen devotées dislike the whole genre of novels featuring later or re-imagined lives of Austen characters, and they disliked this book on principle; some especially because it was a crime novel. Many P. D. James fans thought the plot wasn't up to James's usual standards. But I liked the book. It wasn't a case of Mr. Darcy suddenly becoming a detective. Instead, there is a judicial investigation, and Darcy is stuck with having to try to clear a man he heartily detests, since having his brother-in-law hanged as a murderer will be a stain on the Darcy name. Meanwhile, Elizabeth learns a few things here and there that seem to provide some clues as to what really happened to Captain Denny. 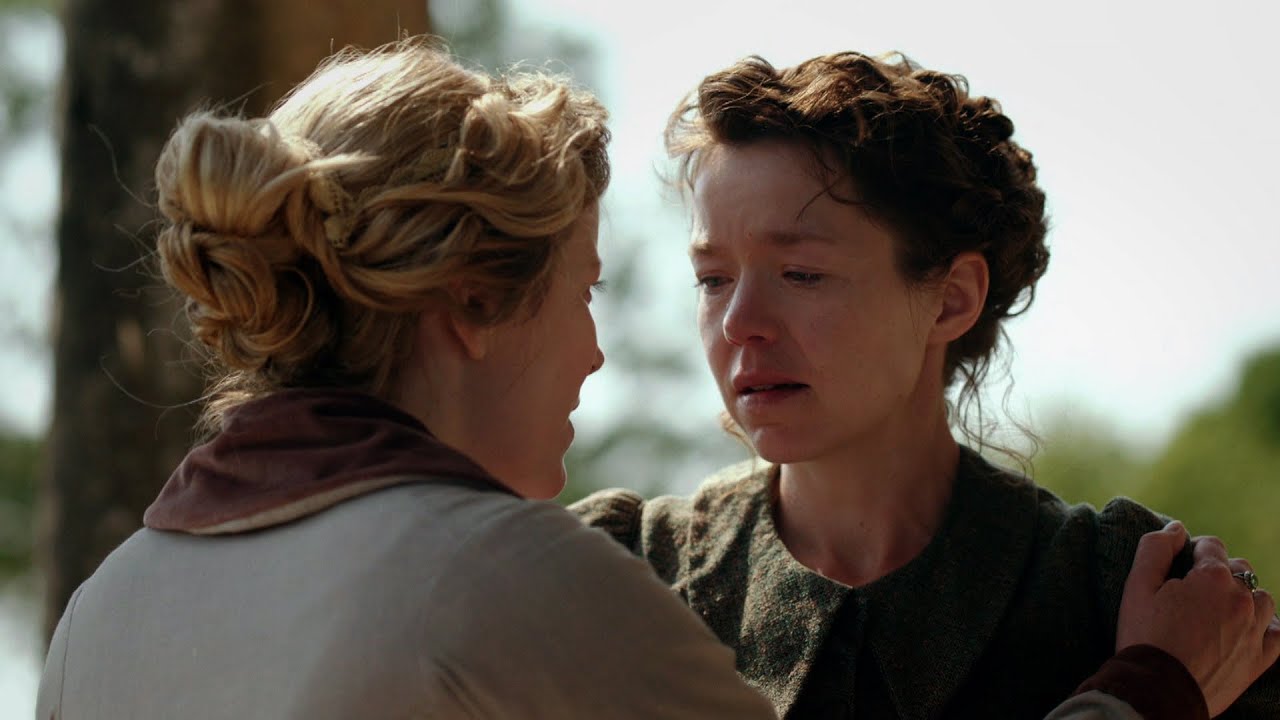 The dramatization accentuates the soap-opera potential of the P. D. James plot. A love triangle involving Darcy's sister Georgiana is raised in importance, while the strain that this affair––and, of course, the murder––puts on Elizabeth and Darcy threatens their love. There are emotional scenes––well, as emotional as you can get in the Austen-esque environment. Elizabeth can't help but feel that Darcy is regretting his association with her family, especially since he goes into full Darcy remote mode as the pressure of events ratchets up.

Lydia stays at Pemberley during all this, and she's every bit as much of a drama queen as you'd anticipate. The Bennets come to stay as well, and Mrs. Bennet is just as you'd expect. It only takes a visit from Lady Catherine (played by Penelope Keith, who you'll remember from the Britcoms The Good Life a/k/a Good Neighbors, and To the Manor Born) to make the whole thing seem more like farce than a murder mystery. And I'm not complaining; as I said, I thought it was a hoot. 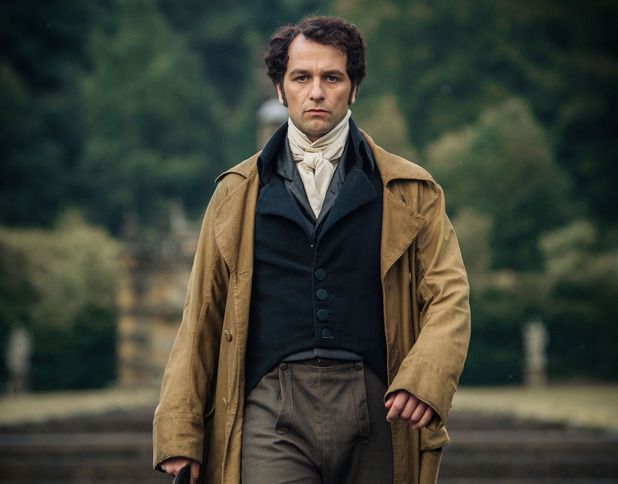 The acting is standard excellent British costume drama style. I do have a quibble, though. Anna Maxwell Martin plays Elizabeth and, while she's a wonderful actor and I loved her in The Bletchley Circle, she's not right for Elizabeth. Martin just isn't vibrant enough to play that character. She does it as well as she possibly could, but I was aware the whole time that she didn't fit the part. Matthew Rhys as Darcy is an excellent casting choice. I became familiar with him as Philip on FX network's Cold War espionage drama, The Americans, and he has more than enough handsome, brooding intensity for Mr. Darcy.
Posted by Sister Mary Murderous at 4:00 AM