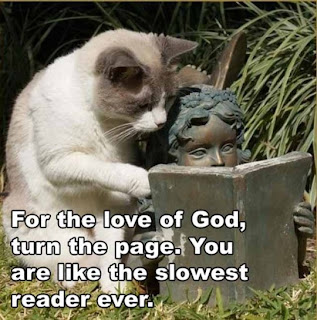 After looking at lists of books arriving this winter, I'm adding "increase reading speed" to my New Year's resolutions. I figure I'll make the big, concerted effort beginning January 1, 2015. In the meantime, since I'll be reading so rapidly in the future, I need to get my hands on more books so I won't run out early next year. Yes, it's imperative I obtain many more books. I love thrillers set in exotic places, and one of my favorite settings therefore is present-day China. Its fascinating history and status as both a US trading partner and competitor make it a natural fit for a thriller or espionage novel. Some recent books located there include Adam Brookes's Night Heron, in which an old British intelligence asset surprisingly resurfaces (see review here), and Kirk Kjeldsen's Tomorrow City, about an American whose criminal past catches up with him in Shanghai (reviewed here).

In addition to a China setting, I enjoy books that use a villain's underhanded dealings to drag in an innocent bystander and force him or her to play a high-stakes game without knowing the rules. You can often count on a virtuoso display of ingenuity as that person rises to the occasion and wiggles out of danger while saving the world.

We might have to worry about Luke Slade, though, because he's the bystander in what's described as a noirish political thriller, Last Days in Shanghai (Counterpoint, December 16), by Casey Walker. Noir isn't always kind to its characters. Luke is in his second day of a week-long business trip to China with his boss, U.S. Rep. Leonard Fillmore (R-Calif.) (AKA "Leo the Lyin' "), when his boss disappears on an alcoholic bender. Luke doesn't want to no-show at an already scheduled meeting about an important development deal, so he travels to the Chinese province alone. Somehow Luke walks out of the mayor's office with a bag full of American cash. When the mayor is murdered, Luke is the primary suspect. As he ricochets between Shanghai and Beijing with no idea of what's going on, his lost boss may be the least of Luke's worries. Like Last Days in Shanghai's Casey Walker, M. O. Walsh is a first-time author. His My Sunshine Away (Putnam Adult, February 10) is southern literature, similar to Pat Conroy's The Prince of Tides, addressing themes of memory, family and coming of age.

Walsh's adult narrator looks back to the summer of 1989 in Baton Rouge, Louisiana. He is 14 and obsessed with Lindy Simpson, the beautiful 15-year-old girl who lives across the street. When Lindy is raped, he is one of four suspects. No one is ever charged and the crime changes Lindy, the suspects and the neighborhood forever. The book follows the suspects as they change from boys into young men. The narrator's memories of the 1980s and '90s (Jeffrey Dahmer, the Space Shuttle Challenger explosion) reportedly create such a clear picture of growing up in Baton Rouge, the city also becomes a main character. After a day spent getting ready for the holidays, I'm ready to collapse into my own mini-holiday with a book like Marjorie Eccles's The Firebird's Feather (Severn, December 1), set in 1911 London. As England prepares to crown King George V, a suffrage movement brews and Russian refugees raise money for their own revolution. Kitty Challoner is 18 years old and preparing for her society debut when her Russian-born mother, Lydia, is shot off her horse in Hyde Park. Murder tends to uncover secrets and Lydia is revealed to be more complex than a wealthy society matron. Her relationships with the suffragettes, a handsome younger man and Russian underground give DCI Gaines and DS Inskip plenty to investigate. The amateur sleuth Kitty has the inside track, however, especially when her father's pistol is discovered missing from the safe.

A wealthy British family in an age of social transition, a touch of romance and a wide range of suspects make The Firebird's Feather look good for an evening by the fireplace. With its gritty writing and a cast of oddball lowlifes, Tom Cooper's The Marauders (Crown, February 3) may be a lifeline for readers who miss Elmore Leonard and Donald E. Westlake. It's set in the Gulf Coast town of Jeannette right after the BP oil spill. The disaster opens the floodgates for cockeyed money-making schemes by local miscreants. Chief among them is Gus Lindquist, a pill-popping drunkard with one arm, who hopes to find the treasure of long-gone pirate Jean Lafitte. The locals' plots to rip each other off predict not everyone will come out alive.

To give you an idea of Cooper's writing style, here's an excerpt:


His arm was missing. Lindquist was positive he’d left it in his pickup two hours before. He wasn’t in the habit of misplacing his thirty-thousand-dollar myoelectric arm or of leaving his truck unlocked, catchwater bayou town where everybody knew everyone or not.

A few other pickups sat under the bug-flurried sodium vapors. Nothing else but cypress lisping in the night breeze, a bottlefly-green Buick bouncing on the blacktop past Sully’s bar. But Lindquist kept looking wild-eyed around the oyster-shell parking lot as if his arm had wandered off on its own volition. As if he might find it standing next to the blue-lit tavern sign, thumbing a ride.

Lindquist went back into Sully’s. Sully was wiping the bar with a hand towel and peered over the top of his wire-frame glasses. At one of the back tables three men were gathering cards and poker chips, and they looked up too.

Lindquist stood in the doorway, lips pressed in a thin pale line, some dark emotion building behind his face like a storm front. “Somebody took my arm,” he said.

When work or my relatives get on my nerves, The Marauders is the sort of book I need. It's fate. I recently watched Phase IV, Saul Bass's 1974 sci-fi movie featuring ants that have undergone rapid evolution to form a hive mind and begin to take over the world, starting in the Arizona desert. On January 20, I can read Robert Repino's much wackier, complicated and violent vision of a postapocalyptic hive mind in Mort(e) (Soho), written from an animal's point of view. Sebastian, a house cat whose best friend is the neighbors' dog, changes his name to Mort(e) and joins the revolution against human oppressors after giant ants boil out of the ground under the direction of ferocious ant queen Hymenoptera. She's had it up to here with human self-centeredness and she releases a pheromone that gives all animals self-awareness, a high intelligence and the ability to walk on two legs. This is not a good thing for us humans.

It sounds like a very messianic and anthropomorphized mashup of The Matrix and Braveheart and a hoot to read. You might want to think about Mort(e) before shoving your dogs and cats off the bed or laughing at Fluffy the next time she chases a piece of string.

Before Patricia Highsmith wrote her Tom Ripley books, she wrote a great book of psychological suspense, Strangers on a Train. It begins on a train (d'oh!) with a chance encounter between architect Guy Haines and psychopath Charles Anthony Bruno. Guy wants to divorce his unfaithful wife, Miriam, and marry Anne. Bruno hates his father and suggests he and Guy "exchange" murders to avoid suspicion by the police. Guy doesn't take the creepy Bruno seriously––a mistake when Bruno kills Miriam and then demands Guy return the favor.

The Kind Worth Killing (Morrow, February 3) is Peter Swanson's re-imagining of Highsmith's classic. His strangers, rich businessman Ted Severson and gorgeous and mysterious Lily Kintner, meet in an airport bar. After a few martinis, Ted is joking he'd like to kill Miranda, the wife he suspects of unfaithfulness, and Lily tells him she'd be glad to help. Ted doesn't realize the kind of woman he's dealing with. Before long, a relentless detective, Lily, and Ted are engaged in what I imagine is an extremely tricky game of cat and mouse. (They're probably too busy playing their dangerous games to appreciate Mort(e) isn't also involved.) I didn't mean to make this a cat-and-mouse-themed post but, as serendipity would have it, the next book I want you to see is Daniel Pyne's Fifty Mice (Penguin/Blue Rider, December 30). Pyne, a noir author (Twentynine Palms) and notable Hollywood screenwriter (the 2004 remake of The Manchurian Candidate, with Denzel Washington), is interested in paranoia and the manipulation of memory.

Fifty Mice is the story of Jay Johnson, a Los Angeles Joe Schmoe, troubled by some trauma he can't completely remember. When he's abducted off his Red Line Metro train, he's convinced his kidnappers have the wrong guy. He comes to in the hands of federal agents, who make it clear he's suspected of something. A fake identity, background and cover family are forced onto Jay and he's sent to Catalina Island, off the California coast. Among other protected witnesses under federal guard there, Jay tries to patch his memories together and arrive at the truth.

Have a happy Thanksgiving tomorrow. To take your mind off any overindulgence at the dinner table, you could watch a movie with an amnesia theme: Spellbound, Memento, Mulholland Drive, The Bourne trilogy, Eternal Sunshine of the Spotless Mind, Dark City, Total Recall. . . . Don't forget the popcorn.

On Friday, Sister Mary Murderous will tell you about some of her winter picks. I've peeked and you shouldn't miss them.