I don't know why I'm so fascinated with the 1930s and 40s, but I am, and I grateful that so many writers and publishers feed my fascination. This winter looks like it'll be no exception.

No sooner do I say it's the 30s and 40s that I like than I'm writing about a book set in 1923. Well, Emerson said that a foolish consistency is the hobgoblin of little minds, so there. Frances Brody's A Woman Unknown (Minotaur, February 10) caught my eye because of one very particular element of the plot. This fourth title in Brody's Kate Shackleton PI series features a married woman named Deirdre who becomes a co-respondent-for-hire. This is a part of a lot of books and movies of that era, my favorite being the Fred Astaire/Ginger Rogers romp The Gay Divorcée, in which Ginger's character, Mimi, wants a divorce, but has no grounds. Mimi's Aunt Hortense asks her forgetful lawyer, Egbert, played by the great character actor Edward Everett Horton, to hire a man to go to a seaside hotel, head for Mimi's room, and be "caught" there by private detectives, so that Mimi's husband will divorce her for adultery. Horton's character hires the flamboyant Rodolfo Tonetti to be Mimi's putative lover, but he forgets to arrange for the private detectives. Astaire's character, Guy, is a friend of Egbert's and when he shows up at the hotel, a farce ensues––with dancing, of course. (Geez, now I really want to see that movie again . . . .)

Nobody needs these professional co-respondents anymore, of course, and even though that's a good thing, it's a loss to books and movies. So I'm pleased to see Brody resurrect it. In this case,

Deirdre shows up at her latest assignment, which is to hit the sheets with a banker to provide divorce grounds for his wife. Things don't quite turn out as planned when, instead of the supposed adulterers being found in bed looking lively, the husband is dead. PI Kate Shackleton was already on the job for Deirdre's husband, tracking her to see just what it was she was doing while he was at work (!), so this development means that Kate now has two related cases going.

Query: In 1923, would it have been grounds for divorce if your spouse is acting as a hired co-respondent pretending to commit adultery? Maybe Brody will answer that pressing question,

Alright, enough of this frivolity. It's time for World War II.

Some people say geography is destiny, and it's hard to argue with that when we look at countries situated between Russia and Germany. In Sofi Oksanen's When the Doves Disappeared(translated from the Finnish by Lola Rogers; Knopf, February 10), the unlucky country at issue is Estonia.

During World War II, the Baltic countries were overrun by the Nazis. Then the tide turned, and it was the Soviets who flooded in and stayed for decades. What do people do to survive in times like that? The Dutch Resistance Museum in Amsterdam has a fascinating exhibit that follows three possible paths; laying low, collaboration and resistance. What happens to those paths when your countrymen have to deal with not only Nazi occupation, but then the Soviets?

In Oksanen's book, in 1941 two Red Army soldiers, Roland and his cousin Edgar, desert. Roland is a resistance fighter, but Edgar is a man with no such principles. When the Nazis take over, Edgar leaves his wife, Juudit, and is suddenly a fervent supporter. Fast forward to 1963, and the ever-flexible Edgar is a faithful functionary in the Soviet government. His Nazi past is a threat to him, of course, and there are some people in his past, especially Roland and Juudit, who epitomize that threat.

Ever since the French went crazy for the absolutely dreadful The Truth About the Harry Québert Affair, I've been dubious about their literary judgment, but I can't resist when Le Monde says this about When the Doves Disappeared: "An explosive text with a dark heart. . . . At once a historical novel, a crime story, a psychological novel, a romance, a war novel, When the Doves Disappeared plays with blurring boundaries."

In real-life 1941, a young idealistic Berlin detective named Georg Heuser helped crack the case of the notorious S-Bahn serial killer. Twenty years later, Heuser was on trial for his life. Though David Thomas's Ostland (Quercus, January 6) is classified as fiction, it is firmly based on fact. Heuser was talent spotted by the Gestapo and sent off to Minsk, one of the capitals of Nazi Germany's eastern killing fields.

Ostland gives us a police-procedural view of the S-Bahn murders case, and then switches to Minsk, where the perverted Nazi morality holds sway. David Thomas shows us the path that Heuser takes and how, in 1959, a prosecution team chasing war criminals brings him to judgment.

Published to rave reviews in the UK, this promises to be a painful book to read, but an important one.

The bloodlands between Germany and Russia, and the past catching up are also themes in Nele Neuhaus's The Ice Queen (translated from the German by Steven T. Murray; Minotaur, January 13). In the third book in their series, Detectives Pia Kirchhoff and Oliver Bodenstein are assigned to find out who killed 92-year-old Jossi Goldberg, found shot to death at home near Frankfurt. Wait a minute, though. According to the autopsy, this supposed Jewish Holocaust survivor has an inexpertly-removed blood-group tattoo from his underarm; the kind that SS members had. What does that mean?

And what is the meaning of the five-digit number written in blood at the crime scene? When two similar murders occur, Kirchhoff and Bodenstein find a link: all of the victims are associated with the rich and powerful philanthropist Baroness Vera von Kaltensee––who does all she can to hobble the investigation.

Publishers Weekly says: "Readers need to pay close attention to this solidly plotted and densely populated drama full of red herrings, lest they miss key clues." It's a deal!

Greece was another country victimized by the Nazis in World War II. After the war's end, a civil war raged, resulting in a right-wing takeover. In 1948, CBS reporter George Polk (the namesake of the prestigious Polk Award for journalism) went to Greece to investigate a story about the embezzlement of US aid money by forces within the Greek government. Polk's body was found floating in the azure sea around Thessaloniki. A Greek journalist, Manolis Gris, was convicted of his murder, but he later claimed his confession was a result of torture.

In another fact-based novel, Sophia Nikolaidou's The Scapegoat (translated from the Greek by Karen Emmerich; Melville House, February 3) revisits the mystery of Polk's death. The framing device for the historical mystery is the story of a contemporary high school student, Minas Georgiou, who tells his teacher he doesn't plan to go on to university. His teacher challenges him to investigate the Polk murder. Minas has connections to the case, because his grandmother had a love affair with the lawyer who represented Gris and helped him with the painful decision to make a plea bargain that gave him a life term instead of a death sentence.

Minas interviews many people connected with the Polk case, from retired police officers to family members of Gris and his lawyer, and more. Minas sees parallels between the corruption and hypocrisy in play in 1948 and the conditions of today's financial meltdown in Greece.

Two nonfiction books round up my list of history-related books I'm most looking forward to. 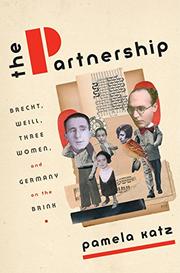 Pamela Katz's The Partnership: Brecht, Weill, Three Women, and Germany on the Brink (Nan A. Talese/Doubleday, January 6) is about, well, isn't it obvious from the subtitle? In decadent Weimar-era Berlin, volatile composer Kurt Weill and playwright Berthold Brecht teamed up to produce the boundary-pushing and celebrated Threepenny Opera and The Rise and Fall of the City of Mahagonny. Threepenny Opera gave us the perennial favorite "Mack the Knife," and made Lotte Lenya a star.

Weill, the self-disciplined half of the Brecht/Weill partnership, fell in love with Lenya and, naturally, married her. Brecht liked to spread himself around a bit (well, a lot) more, though. He had a wife, but that wasn't enough. He also carried on love affairs with actress Helen Weigel and writer Elisabeth Hauptmann, who were also artistic collaborators with the Brecht/Weill partnership.

Katz illuminates the volatile relationships among these five during the daring days of sexual license in Weimar Berlin, and when the outraged Nazis cracked down. Germany on the edge has always fascinated me, and this book about artists who were in the thick of it is one I'm impatient to get to. Striking a more rah-rah note is Molly Guptill Manning's When Books Went to War: The Stories That Helped Us Win World War II (Houghton Mifflin Harcourt, December 2). Still, it tells a story that I've never heard before and that seems well worth reading.

The sheer logistical challenge of supplying a vast force of US fighters to go to war overseas is almost too much for the mind to take in. But among the necessities of uniforms, arms, equipment and food, books were also considered vital. Underneath their daunting uniforms and helmets, these warriors were young men, barely a breath away from being boys. Away from home for the first time, thrown in with others from all over the country and sent to fight far from home in strange new worlds, they needed something to help ground them, remind them of home and what they were fighting for. Books were thought to be one answer to that morale issue.

In two years, the nation's librarians mobilized to collect 6.6 million books for the armed forces in the Victory Book Drive. The success of this campaign led to the Army's decision to establish its own program, commissioning easy-to-carry paperback versions of books like A Tree Grows in Brooklyn and The Great Gatsby. 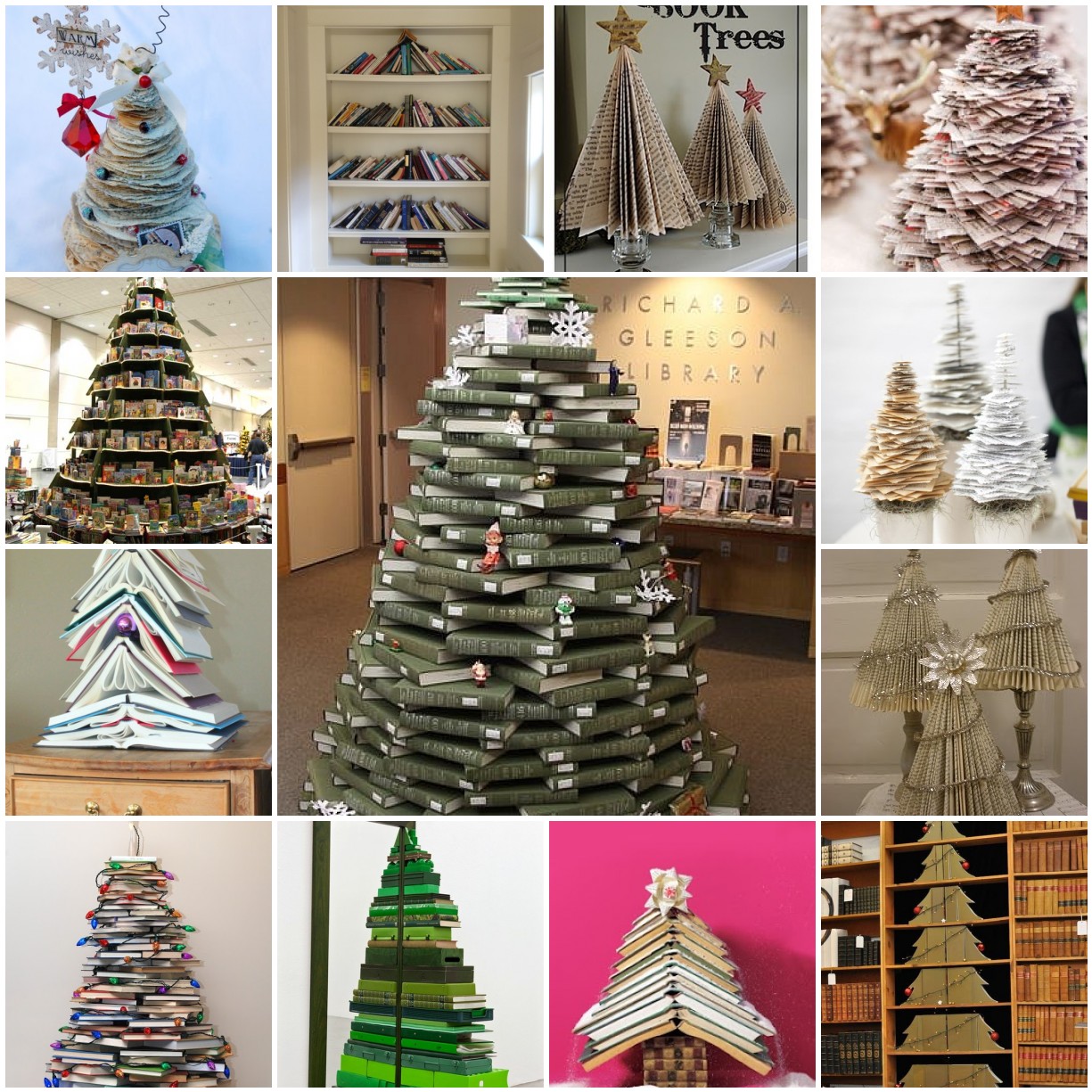 Though little-known today, this campaign had links to so many landmarks in history and reading. Part of its impetus was our horror in the US at the Nazi book burnings. So many members of our armed forces became avid readers that they wrote to the authors of books they received, and flocked to take advantage of the GI Bill to attend college when the war ended. These pocket editions helped make mass market paperback popular for decades afterward.

Manning interviews several recipients of these wartime books, who tell what their reading meant to them. The book also lists all 1,200 books that were issued in these service editions.

Since When Books Went to War comes out next week, it's available in plenty of time to make a terrific Christmas present for the book lover in your life.

I hope you all had a warm and wonderful Thanksgiving. We awoke to a 10-inch blanket of snow. I'm not too thrilled this early arrival of snowblower season, but it sure is pretty out my window right now.