Nature abhors a vacuum. All characters in Bill James's Vacuum, the 28th novel in his farcical-noir series, are in complete agreement about that. The clamorous debate is about how Nature will fill it.

In James's previous series book, 2011's I Am Gold, Manse Shale's wife Naomi and son Laurent are gunned down as Naomi drives Shale's Jaguar to school. Grief-stricken, Shale has retired as CEO of his hugely profitable "recreational firm" (a comprehensive drug-trafficking business) and immersed himself in religion. He's delegated all responsibility to his No. 2 man, Michael Redvers Arlington. Now, when Arlington's unbribable bodyguard, Edison L. Whitehead, calls Arlington "a great man, great intermittently," he means Arlington is very capable when he hasn't morphed, without warning, into General Francisco Franco. When Arlington is Francisco Francoing ("F.Fing"), he forgets the present and does things like phoning the German Defense Ministry to request the bombing of Guernica by Field Marshall Goering's aircraft. Arlington's many quick shuttles between sense and lunacy create instability and a precarious leadership void, in which ruthless people will jockey to fill it. They won't care if innocent people get hurt. 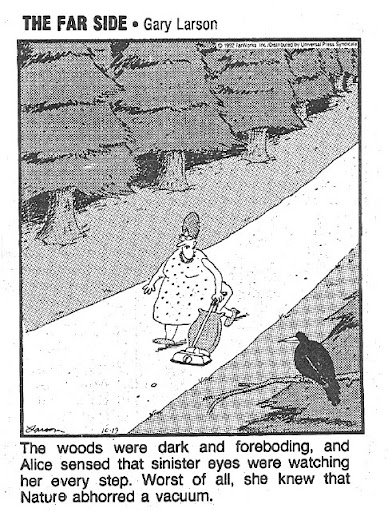 This danger is clear to the new Chief Constable, Sir Matthew Upton; ACC Desmond Iles; DCS Colin Harpur; and DCI Francis Garland. For years, the egomaniacal and amoral Iles has turned a blind eye to two separate drug-selling operations in his unnamed seaport in southwestern England: Shale's and Ralph ("Panicky Ralph") Ember's. As long as people ("especially younger women with brilliant arses") can stroll unhurriedly everywhere in his domain, all is well, because the greatest police objective after "stuff the Home Office," is "no blood on the pavement."

In Iles's view, drugs tenant the vacuum that Nature abhors. There will always be drugs––no matter how harsh the laws against them––and it's better that the dealing be confined to one area of the city, where it can be "expertly supervised by fine, though freewheeling, grossly libidinous, folk like Harpur here and Garland. Plus, of course, the Drugs Squad." [There are few differences, and many similarities or parallels, between police and crooks in James's series. Like Arlington, Iles is clever, but has spells of derangement––in his case, "flashback cuckold-fits," consisting of shout-screams and trembles, "producing a strobe effect from the silver buttons of his uniform"––when something reminds him that Harpur and Garland had affairs with his wife, Sarah. As if sharing brain spasms weren't enough, Arlington likes the "nice conviviality" of sharing Honorée, a prostitute, with Iles.]

Sir Matt holds a different opinion about the vacuum. Ember is a drugs purveyor and a leading suspect in the unsolved murders of Naomi and Laurent Shale. Shale usually drove Laurent and his daughter, Matilda, to school, and his wife could have been killed by mistake. The deaths are a chance to destroy Shale's and Ember's drug operations. Towards this end, Sir Matt authorizes a search of Ember's estate, Low Pastures.

Sir Matt has upset the drugs-trade equilibrium lovingly created and maintained by Ember, Shale, and Iles. Criminals don't know if Ember and Iles had a falling out, if Sir Matt has taken away decision-making from Iles, or if Iles has changed his mind about the drug trade since the killings. Ember doesn't want to look like he can be kicked around. Ember's wife, Margaret, worries that, whether or not he was involved in the Shale murders, their two daughters may be targeted for retaliation. Whitehead tries to control Arlington's F.Fing. The employees farther down Shale's corporate ladder start muttering about the Peter Principle, which states that one is promoted to his or her level of incompetence. Karen Lister, the live-in girlfriend of Shale's current No. 2 man, gets nervous.

On the police side: Iles, who resents being a congenital sidekick, and who has been "pasteurized" and "neutered" by the new Chief, now hopes to nurse Sir Matt away from his "new-brooming" towards "clarity" about drugs. Harpur––not by nature dull, but nearly always "jet-lagged by the necessity of keeping Iles from calamity," battered by the advice of his two teenage daughters, and distracted by his younger girlfriend, Denise, who's become intrigued by the "zipless fucks" of Fear of Flying––becomes zombified by indecision. All of these people, and others, are sucked into a situation they can't completely understand or control as Nature rushes to re-establish equilibrium.

Bill James's Harpur and Iles series––like William Marshall's Yellowthread Street Station books––is original and unique. It's a ferociously dark and funny British police procedural characterized by very skillful plotting, an atmosphere of brooding apprehension, and biting repartee between endearingly eccentric characters, who inhabit a bleak and violent world, where boundaries between good and evil are blurred. The dialogue is a treasure trove of witty wordplay. For example, Iles, who controlled and finally destroyed former Chief Constable Mark Lane, says of his new Chief, "In a while, I think I might become quite fond of Sir Matt. He's someone who knows his own mind and yet is not ashamed of it. I admire that kind of courage." Later, Iles asks after Sir Matt, "the poor, articulate, benighted, beknighted sod."

It took half a dozen books after You'd Better Believe It, the 1985 debut, for James to become thoroughly comfortable with his odd couple––the acerbic Iles and Harpur, who knows exactly how to handle him––but good books in the 29-book series are easy to find. Try Pay Day, in which neither criminals nor police know whether they can trust Chief Inspector Richard Nivette; or Wolves of Memory, which finds Harpur and Iles protecting a rambunctious informant. I highly recommend Harpur and Iles to people who are experiencing a black humor/noir vacuum.
Posted by Georgette Spelvin at 11:26 AM