We don't flatter ourselves that we can express anything new or particularly insightful about Monday's bombing at the Boston Marathon and its aftermath. Like everyone, though, we have Bostonians very much on our minds and believe in the sentiments of the city's new slogan: Boston Strong. Of course, our thoughts always eventually turn to crime fiction, so we thought we'd write about a small selection of Boston-related mysteries.

Among all the great crime fiction set in Boston, it's hard to pick one or two. I'll start with Robert B. Parker's Spenser, a tough private eye with a heart of gold in the mold of Raymond Chandler's Philip Marlowe. Spenser is as synonymous with Boston as baked beans and Harvard Square. Mortal Stakes is the third book in this series. Spenser hasn't settled into the character he becomes over Parker's 35 years of writing; however, we see the personal code of ethics, the wisecracks, and the plotting that made Parker's early books so fresh and entertaining. Here, Spenser is hired to investigate Marty Rabb, the ace Red Sox pitcher who is married to a former call girl and is suspected of throwing games, but this book is more about loyalty and justice than it is about baseball. The action builds to a tremendous climax that has a lasting impact on Spenser. We'll now leave the hardboiled Boston of Mortal Stakes for the bizarre Boston of Russell H. Greenan's 1968 book, It Happened in Boston? If you read my review of Greenan's The Secret Life of Algernon Pendleton, you already know that Greenan writes highly original suspense, featuring black comedy, eccentric characters, and very odd—albeit fascinating—philosophical ideas. He's a master at creating logically complex worlds, often set in Boston, where Greenan has lived since the 1950s. (At one time, he owned a Harvard Square bookstore named The Cat and Racquet, after the story by Honoré de Balzac, and he mines this experience and his knowledge of Boston for his books.) His poor characters don't deserve what's coming to them, but there's nothing a reader can do other than to watch, cringe, and laugh.

In this particular book, our narrator—an extremely talented and paranoid artist—wishes to meet God and hold Him accountable for the world's evil. Not for everyone; however, definitely for readers who enjoy dark humor coupled with wordplay and imaginative, complex murder mysteries.

Speaking of imaginative stories Georgette, right now I'm listening to Neal Stephenson's epic Baroque Cycle. Book One, Quicksilver, begins in Boston, as Enoch Root arrives from England to ask scientist (or, as then called, "natural philosopher") Daniel Waterhouse to return to England to try to make peace between his old friends, Isaac Newton and Gottfried Leibniz. The book leaves Boston for England in short order, but lingers long enough for us to take a ferry trip across the Charles and meet some scholars from Harvard, who don't have very complimentary things to say about their rivals from that upstart, the Massachusetts Bay Colony Institute of the Technologickal [sic] Arts. Stephenson impressively entertains, while pouring out huge beakers full of information about science and the history of science. 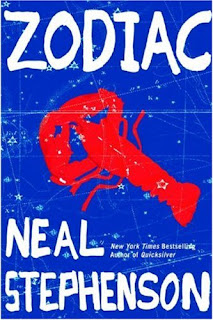 If you're in the mood for Neal Stephenson, but maybe something shorter than the Baroque Cycle (three volumes of eight books), and with a lot more Boston in it, try his second novel, Zodiac. Zodiac is a thriller about Sangamon Taylor's battle against companies polluting Boston Harbor.

"S.T.," as he's called, isn't above a few shenanigans in his battle, like stopping up pipes pouring effluent into the harbor, and the notoriety his antics gains him also makes him a target for a classic fit-up job. S.T. needs to scramble out of sight so that he can clear himself and get the goods on the bad guys. Zodiac is told in the first person, which gives us the full benefit of S.T.'s wisecracks and caustic sarcasm. Vanish opens with the account of such a woman before we join Maura in the morgue, where we're startled to find an unidentified woman's corpse is still breathing. The woman is rushed to the hospital, and shortly thereafter, all hell breaks loose. Nine-months-pregnant Jane Rizzoli is taken hostage and her husband, FBI agent Gabriel Dean, becomes involved. It's a suspenseful and thought-provoking book with feisty female protagonists and it's perfect when you're too antsy to settle down with just anything to read.

Some summers ago, I was fortunate enough to be able to spend a few days in Boston. I brought along a book to read that was based in Boston. It was Matthew Simon's The Chosen Few, which introduced me to ex-policeman, now PI, Max Lovely, as well as to the flavor of several different Boston neighborhoods.

This week, it seemed appropriate to reacquaint my self with the area, and I turned to another Max Lovely case, as chronicled in That's What Little Boys Are Made Of. Max is called into an elite private high school in the Back Bay, after a member of the student body dies unexpectedly of an overdose at a party. The headmistress, Mrs. Penrose, is not convinced that this was an accident––despite the fact that Will "Stoner" Stoneham was known to all his friends as a habitual user of all kinds of drugs and alcohol, and was frequently to be found passed out at parties. Mrs. Penrose had seen Stoner in a furious and secretive confab with another boy, who was not a friend of his, just days before his death.

Max Lovely and his associate, Eliot, begin an investigation that leads them to all parts of the city. They pass through many of the well-known areas, such as Beacon Hill where Oliver Wendell Holmes had a domicile. Another place they visit is Mount Vernon Street, which the novelist Henry James named the "only respectable street in America." Lovely must find a trail that connects one kid to another in order to make any sense of the case, but days pass, and before he can make the critical connection, another boy is dead and Max is the one in the crosshairs.

Laced with dollops of Boston history, the story and the trail lead through Roxbury to the John Quincy Adams Projects, and the reader gets a vivid idea about the different facets of Boston society. I was fascinated to read that the Boston area's first European settler was the Reverend William Blackstone, who came with 2000 books and a Brahman bull. When the next group of colonists followed, he left the area––perched on his bull. 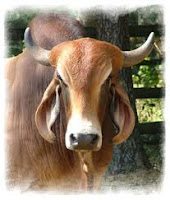 Don't jump to conclusion that the term "Boston Brahmin" arises from the tale of Blackstone's decampment. It was coined by Oliver Wendell Holmes Sr. (father of the Supreme Court Justice) to describe the region's upper crust. In India, a Brahmin is "a member of the highest or priestly caste among the Hindus," according to the Oxford English Dictionary. By applying the term to his native Boston, Holmes was describing a more secular, but equally powerful, group.

The story has a dark subject matter that might bother some readers. In the end, drugs, kids and death is an appalling triad, but for me, the trip through Boston made the read worthwhile.

The news this past week has been horrible. The bombings in Boston and ricin-laced letters sent to politicians, the intransigence of some of our elected representatives who vetoed the explicit wishes of the voters who elected them, the massive industrial explosion in Texas and even nature's springtime revels, a/ka/ the flooding and tornadoes in the Midwest; the hits just keep coming. With the rest of the country, we at Read Me Deadly grieve for these victims and their families.

My own usual response to disaster is cowardice. Heading for the hall closet to whimper in peace, stiff drink in hand, I was astonished find it already occupied. "Hi," I said uncertainly. "Who are you?"

"Get in," she hissed. "And shut the door!" As I hastily obeyed, I glanced up. A few dusty and forgotten novels of the late Boston author Charlotte MacLeod, whose farcical and convoluted mysteries are lovingly set in and around that city, lay on the shelf.

Upper-crust guests at the annual event (costume required) quaff mead made from the homegrown honey produced by thousands of happy bees from Abigail's apiary. When a second antique vehicle goes missing and one of the servants is found slathered in honey and stung to death, Max steps out of character as Shylock and gets to work. As is usual in MacLeod's work, the characters are charming and the ludicrous situations they find themselves in irresistible. I will savor this welcome and affectionate taste of Boston very slowly this weekend. 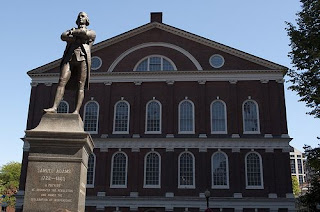 This is not the first time the streets of Boston have been stained with the blood of the innocent––nor I fear, the last. But out of one such incident arose something entirely new under the sun: a nation ruled not by a king or military cabal, but by rule of law established of the people, by the people and for the people. Boston may be down right now (in fact, as I write this on Friday morning, the entire city in in lockdown) but it is not, now or ever, out. Its world-renowned Marathon will be run again, with more runners and spectators than ever. We are America, and that's how we respond to terrorism.

Posted by Material Witnesses at 6:47 PM