The Burning Air by Erin Kelly

The mother-child relationship can generate a lot of heat. Think about how Psycho's Norma Bates emotionally crippled her son Norman (Anthony Perkins), and then she, Norman, and Marion Crane (Janet Leigh) pay the price. Recall the havoc caused by the relationship between Stephen King's monstrously abusive Margaret and her telekinetic daughter Carrie. But even the most loving and well-meaning of mothers can plant the seeds of their children's ruin. Take the Greek goddess Thetis, who loved her son Achilles and tried to give him immortality by dipping him in the river Styx, but left him vulnerable because she'd held him by his heel. There's no denying that the bond between mothers and their children can make the children stronger or destroy them. In her third novel, The Burning Air, Erin Kelly enthralls us with the unintended, devastating consequences of mothers' relationships with their children. That combustible familial bond—as well as class, identity, obsession, psychosis, and vengeance—is portrayed with the intensity and aching sense of loss we expect from Ruth Rendell, Kate Atkinson, or Tana French. This book is as suspenseful as Kelly's previous fiction, The Poison Tree and The Dark Rose (also published as The Sick Rose), yet it tells a more complex story.

As The Burning Air begins in January 2013, Saxby matriarch and court magistrate Lydia MacBride has terminal cancer. She has obsessively kept a diary her whole life, and she now feels compelled to record her confession of an act that took place years ago. It's unthinkable, however, that any eyes other than her own would see it. As Lydia writes, "Reputation is one thing; family is quite another. Family matters." And it was love for her children, love for her son, that caused her to act wrongly as she did.

The book leaps to November 2013, nine months after Lydia's death. The plan is to gather for a MacBride family healing. Lydia's husband Rowan and their three adult children—Sophie, Tara, and Felix—will assemble at the MacBrides' country vacation home, Far Barn, in Devon; participate in the village celebration of Fire Night, as traditional; and scatter Lydia's ashes. An omniscient narrator describes the arrival of Sophie, who gave birth to Edie on the day of her mother's death, her husband Will, and their four children. The writing is gorgeous and full of foreboding, as "the hedgerows themselves seemed to squeeze their oversized car along the road like a clot through a vein," and "branches jabbed witchy fingers through the windows" before they spot the barn, "a black mass on a cloud-blind night." Once inside, the rich reds of the barn's upholstered furniture, rugs, and tapestries give one "the impression of standing in the belly of a great beast." The acoustics of the barn are strange, and there is no nearby cell-phone reception. 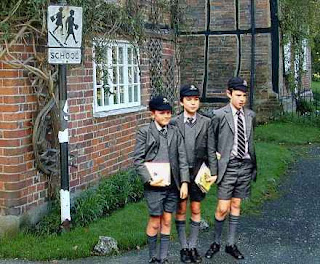 The atmospherics of the family's arrival and the barn aren't the only evening's premonition of the trouble to come. Rowan, retired headmaster of Saxby's elite Cathedral School, is already there, inexplicably drunk. Tara soon confides that Jake, her 14-year-old mixed-race son from a teenage relationship, has been in serious trouble. Tara and her lover, Matt, notice tensions between Sophie and her husband Will. Twenty-nine year old Felix, a disfigured furniture-restorer who lives "entirely ironically," unsettles his family by arriving with his first-ever girlfriend, a ravishingly beautiful woman named Kerry, who barely speaks.

As the day of Fire Night unfolds, attention centers on baby Edie, the "beating heart of the family." Her family adores her; cousin Jake wants to feed her; Kerry is entranced by her. This creates sparks of friction, as Sophie is overwhelmed by feelings of jealousy and protectiveness toward Edie, but she's pulled in many directions. She discovers an old sweater of her mother Lydia's, and instinctively holds it to her nose and inhales. "The rush back through time, to their house in Cathedral terrace, was so swift that Sophie half expected to feel her hair flying." She must pay attention to her husband and sons, too.

Thus does Sophie unintentionally set the stage for Lydia's close-knit MacBrides—three generations of upper-class privilege—to harvest the seeds sown by Lydia and another well-meaning mother with her own secrets, whom we meet in an extended flashback through her child's narration. Author Kelly peers into that narrator's head and illuminates the symbiotic mother-child dynamic like a psychiatrist presenting an interesting case study, but with a twist that shocks the audience. Other characters and the multiple narrative voices are also well done. Even though the ending's structure somewhat deflects the arc of suspense, I liked its kaleidoscopic nature.

The Burning Air is entertaining and evocative, character-driven suspense, about the dangerous nature of mother love. Its flame can burn like hell.

Note: I received a free digital galley of Erin Kelly's The Burning Air, published earlier this year, by Viking/Penguin Group (USA).
Posted by Georgette Spelvin at 8:56 AM