The Cases of the Two Phoebes 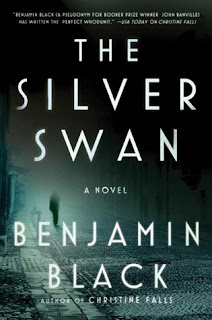 I was struck by the symbolism of the names used by the author Benjamin Black in his novel The Silver Swan. His main protagonist is Dr. Garrett Quirke, who was introduced in Christine Falls, a story about a "fallen" (like a soldier is fallen) woman. He is a pathologist in 1950s Dublin, Ireland, who has a great thing for the bottle. As do babies, quips a friend of his. He describes himself as having a quirk––he suffers from an incurable curiosity, so when a friend of his named Billy Hunt from the early days of medical school comes to him with the story about his wife's death by suicide, and asks that he not do an autopsy, Quirke does just the opposite.

He searches just a bit, finds a single needle injection site on the victim's arm, does an autopsy and suddenly drops the case. For a while. Quirke has discovered that the victim, Deirdre, has transformed herself into Laura Swan and, as such, had been dealing with a man of ill-repute, Mr. White, snowy of hair and attire, as well as with a Dr. Kreutz, a cross between bad medicine and good spiritual advice.

What concerns Quirke at present is trying to reestablish his relationship with his daughter, Phoebe, who has only recently discovered her relationship with him. She is not particularly happy with it, but she dines with him weekly. Quirke is now on the wagon, except for these weekly meals, where he is down to one glass of wine.

When Phoebe flies into the path of Mr. White, Quirke fears for her safety, and it is only then that he awakes to the danger around her. Quirke does too little, too late, because he is afraid to make waves, and it is left to others to save the day. I found the book a letdown. The characters' names tell you everything you need to know, including who the killer is.

There is another Phoebe who is in danger in Safe from Harm, by Stephanie Jaye Evans. One October night, Pastor Walker "Bear" Wells is enjoying an evening out with his wife when he gets a terse text from his 15-year-old daughter Jo saying come home. They never expect to see their teenage girl cradling the body of a dead friend, Phoebe. 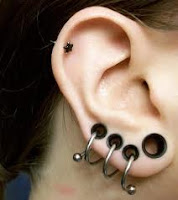 Actually, it would be more accurate to call this girl an ex-friend. She was as different from Jo as it was possible to be. On the one hand, Phoebe seems to want to model herself after the girl with the dragon tattoo. She has dyed her once-blonde hair a crow black that leaves her blonde roots yearning to show themselves, and her skin is bedecked with piercings like the little air vents on a Corvette.

One of her worst characteristics is that she seems to be one of those people who  always need to do you one better. She has been to a more exotic location, she has had a better ballet teacher and she plans to attend the Air Force Academy, among other things. Don't we all know people like that? I have not wanted to murder one yet, but I have come close!

The problem with this is that none of it makes sense, because Phoebe comes from a poor background, has been living in a trailer park and has been taking care of a terminally-ill mother, while her father lives in the lap of luxury with his new wife and two children. At first, Jo's tender heart took pity on her, but then these discrepancies and Phoebe's utter dependence on Jo caused a parting of the ways, and they hadn't seen each other for weeks.

Phoebe had recently lost her mother and moved in with her dad and his new family. Now, by all appearances, this troubled young woman had taken her own life.

After calling 911, as well as an acquaintance, Detective James Wanderley, Bear waits and thinks about Phoebe's parents. Phoebe’s father and stepmother had moved to the upscale area of Sugar Land, Texas and were living in one of the more wealthy enclaves. They were members of Bear's church. While the family seemed well-constructed on the outside, attending church, and successful at work, on closer examination it was clear that the picture was flawed.

Bear was glad he was not a cop, because it was the lot of a policeman to look for the worst in people, while he was always able to look for the best. Sometimes, this made for an adversarial relationship, especially when Wanderley assumed that Jo had to be a drug pusher and perhaps a user as well, until proven otherwise, preacher's daughter not withstanding.

What bothered Jo, though, was that she knew that Phoebe was a fighter above all things, and that not only did she not use drugs, she would not have committed suicide. Jo takes it upon herself to prove her case.

In an insightful way, Evans shows with subtle humor that just as being in a garage for a long time doesn't make something a car, spending an appropriate time in church doesn't make a person a Christian. There may be twisted personalities and murderers lurking among the pews.

There are many layers to this story, and because there are twists and turns that will catch the reader unaware, I don't want to give anything away. Certainly, Jo Wells is the smartest––if a bit foolhardy––heroine I have pinned my hopes on in a long time.

A Phoebe is a little brown bird. Both of these Phoebes were living out of sync with their families. They had that in common. They differed, in that one could have died to experience freedom from the nest, and one would have loved to be in a nest once again.

In the cases of the two Phoebes, one bird got what she wanted and one didn't.

But one had Jo on her side. I recommend this book!
Posted by Maltese Condor at 4:00 AM