Bruno and the Satanic Murders

The Devil's Cave: A Bruno, Chief of Police, Novel by Martin Walker Life is good for Bruno Courrèges, orphan and Chief of Police of St. Denis, in the beautiful Dordogne region of France. Easter is coming, the weather is pleasant, and this morning he has stopped by the 12th-century church to listen to the choir practice Bach's exquisite and ambitious St. Matthew Passion. When his phone vibrates, he reluctantly steps outside to take the call.

Young Julian Devenon, crossing the bridge to catch the train to his lycée, had been riveted by the sight of the beautiful naked woman lying face-up in a punt floating down the river. His father having confiscated his cell phone, the boy raced to the hotel to report the find, and opined that the woman might be dead.

Bruno races to the scene, then realizing he will need a waterman and boat to get the punt ashore, returns to the church. "You want my Jesus?" demands Father Sentout. Bruno and Antoine the Waterman race back to the river, the priest and entire choir trailing in their wake. The market and cafés empty as the townspeople realize something is afoot, so quite a procession follows Bruno through the streets to the riverbank.

Imaginative attempts to capture the boat––a fisherman makes a masterful cast but loses his tackle, and an unknown young man in Gatsby-esque tennis whites leaps from his car into the channel and nearly swamps the leaky punt––are unsuccessful, so Bruno and Antoine drive to his camp for a canoe.

The unknown woman in the punt is indeed dead, with a curious pentagram drawn on her chest. Also in the boat are a beheaded cockerel, black candles, and other signs of satanic rituals. A fire had been set in the boat, but it fortunately was drowned in the leaky craft. Cause of death is not immediately apparent to the coroner, so determination must await the pathologist's report. When it is discovered that the Lady's Chapel in nearby Devil's Cave has been vandalized, apparently during black rites, hysterical rumors of Satanism immediately spread throughout the village, fomented by the priest and the local newspaper. Father Sentout, at least, should know better, Bruno fumes quietly, but the proposed exorcism of the cave will certainly swell church attendance for awhile. Bruno is surprised to be introduced to Lionel Foucher, that Gatsby-esque diver, in the office of Mayor Gerard Mangin. A group of investors headed by Foucher has been negotiating to build a first-class vacation resort nearby, and the mayor is furious, fearing that the publicity surrounding the recent apparent black magic will scare the investors and potential vacationers away. Nothing could be further from the truth; tourism at the cave immediately doubles and the town is overrun with reporters and tourists. 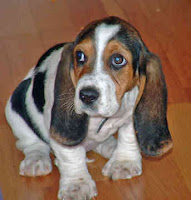 When Isabelle, Bruno's sometime lover, emails him from Paris to say she will be in St. Denis for a few days, she warns him laughingly that there will be a new man in her bedroom, and that she has a present from her and her boss, the Brigadier, head of the Paris office of the National Police. Bruno has been mourning the loss of his beloved hound Gigi, who was brutally butchered in the course of a previous case he shared with the National Police. While he desperately misses Gigi, he has not yet been able to bring himself to get another dog. He is both intrigued and disappointed by Isabelle's purposely vague messages; has he been replaced by a new lover?

It turns out that the murdered woman was the estranged daughter of a reclusive Resistance heroine affectionately called the Red Countess. The countess, now suffering from Alzheimer's, is being cared for at her château by her sister, Madame Montespan, and nurse Eugénie, who is also Foucher's lover and partner in the resort project. The complex plots of Walker's Bruno books often center on obscure bits of history or French law, but even for a Bruno book, the plot of The Devil's Cave gets a little convoluted!

This is Walker's fifth novel in the Bruno series, and I have enjoyed them all, less for the mysteries than for the setting and characters. His meticulous and sometimes humorous details of village life may make these books seem at first like cozies to a new reader. They are not, but are more sophisticated and darker. The French passion for politics at all levels (see two Frenchmen in a heated discussion and you can be sure that at least three political parties are represented) infuses all of these books, while the growing cast of characters is carried from book to book, giving the reader a real sense of familiarity with the village and its residents.

Note: I received a free review copy of The Devil's Cave, which will be released by Alfred A. Knopf under its Borzoi Books imprint on July 12, 2013. Portions of this review may appear on various review sites under my user names there.
Posted by Periphera at 4:00 AM