When you think about it, much of life consists of persuading people to do what you want.

Parents try to get kids to get up in the morning, do their homework and chores, and shape up in general.

Husbands and wives do a dance of subtle and not-so-much maneuvers to keep the domestic partnership running.

Politicians and political talk show commentators wield rhetorical swords and shields to gain voter and viewer support for their positions.

In times of war and crisis, propaganda machinery accelerates into high gear to get all citizens mobilized.

Sales and marketing are all about persuasion; in advertising, brand reputation, design, use of spokespersons.

In the persuasion game, one size does not fit all. The style that works on kids is different from what works on a spouse, boss, constituent, citizen, or consumer. And, of course, within each of those categories, to be truly effective, messaging must be tailored to fit different types of people.

But how can you persuade somebody you don't know? How can you tailor your messaging for your different targets? The internet is making that job easier. Think about all the clues you leave about yourself every time you go online. When you shop, the vendor collects all that data about your browsing and buying, and customizes sales emails to you based on your history. The vendor might sell that information too, and next thing you know, your email box is stuffed with offers of products.

Some vendors use surveys, enticing users with the chance of winning some prize. The survey questions may be about vendors and products, but the sponsor is using your answer just as much to collect information about you. Even those entertaining poll questions are just part of the vast machinery of data collection.

It's possible to use online resources to find out most people's age, sex, home address (along with its value and images of it), renter or homeowner status, amount owed on any mortgage, educational level, marital and child status, political and religious affiliations, causes contributed to, involvement in litigation, criminal records, and the grab-bag of information that can be gleaned from social networking sites. With all this data, vast swathes of the population can be sliced and diced into categories that receive targeted persuasive messaging.

It's scary how much somebody can find out about us, isn't it? And yet we let sites collect "cookies" that leave a rich trail of information about us, we answer surveys and polls, and loads of people practically lay bare their entire lives on Facebook. Why? In his new book, Lexicon, one of author Max Barry's characters explains it this way:

"We attempt to conceal ourselves, . . . but the truth is we do not entirely want to be concealed. We want to be found. Every[one], sooner or later, discovers this: that within perfect walls, there is nothing worth protecting. There is, in fact, nothing. And so we exchange privacy for intimacy. We gamble with it, hoping that by exposing ourselves, someone will find a way in. This is why the human animal will always be vulnerable: because it wants to be."


You wouldn't think that a novel of such thought-provoking ideas about language, psychology and persuasion would begin in a men's room, would you? Well, let's just start by saying that this is a novel with many layers.

The first of two narratives is a thriller, which opens with one of our two protagonists, Wil, in an airport bathroom, where two men grab him, do something to him that will make you yelp, and hustle him out with them. Lots of spectacularly bad things happen at the airport when Wil tries to escape, just one of which is Wil's girlfriend trying to kill him. Wil decides it might be best to accompany the two guys after all, at least for a little while.

A mad, frequently violent, chase across states and even continents follows. Wil has no idea what it's all about, and keeps asking questions, but his captors aren't much given to explanation. Finally, when he says he needs to understand what's going on, the tall captor, Tom, snarls: 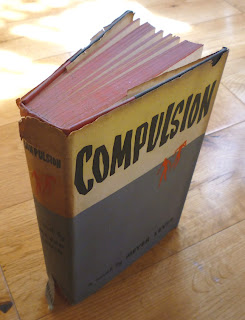 "You don't need to understand. You need to sit there and not do anything stupid while I take care of you. That's what you need. Look, I get that it's been a confusing night. And now you're all, But how is that possible, and Why did he do that. But I'm not going to answer those questions, Wil, because you don't have the framework to comprehend the answers. You're like a kid asking how I can see him even though he's closed his eyes. Just accept that this is happening."


Interspersed with this thriller story is the years-long tale of Emily Ruff's unique coming of age. Her last name is "Ruff" for a reason. She starts out as a street person in San Francisco, eking out a bare living running a three-card monte game for a handler. She's scruffy and uneducated, but with a quick intelligence and an instinct for manipulation.

Emily is recruited by a secret, unnamed organization that takes on people who are already talented at persuasion and gives them intensive schooling in personality analysis, neurolinguistics, logic and rhetoric. The goal for these "poets" is to learn command words that work to "compromise" (i.e., control) each of 218 personality types, or "segments." 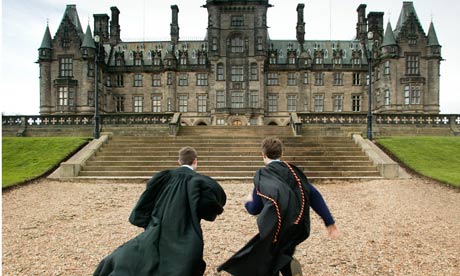 As if that's not alarming enough, the organization's head, Yeats, contends that there is a language of "barewords"––the fundamental "machine language" of the human mind––which has a lexicon so powerful it can control all personality types. What could go wrong there? This will give you an idea:

"Regular compromise feels like sharing the cockpit. Like there's someone else in there with you, flipping switches behind your back. This [compromise via bareword] gave me no sensation of being able to regain control. None at all. It felt like being worn. By something primal." Max Barry's writing is fluid and natural, with just the right amount of subtle, but acerbic wit. Lexicon holds the current record for number of Post-It notes in my 2013 reading. Sometimes an entire page is notable, and other times I'm taken by a throwaway line like: "The man had red cheeks and was divorced, although he didn't know it yet."

Lexicon will be published on June 18, 2013, by the Penguin Press. Even if I knew your segment, I wouldn't know just the right words to compel you to read Lexicon, so I'll just say it's the most original and engaging book I've read so far this year, and I hope you'll give it a try.

Notes: I received a free publisher's review copy of Lexicon. Versions of this review may appear on Amazon, Goodreads and other reviewing sites under my usernames there.
Posted by Sister Mary Murderous at 4:00 AM