Competitive Reading, the Other Olympic Games

I am the absolute worst at noticing that a holiday or special event is coming up, and thinking of mystery books that relate to that event. I think my more with-it compatriots here might be having an effect on me, though. It suddenly occurred to me last weekend that today, February 7, would be the date of the Opening Ceremonies of the Winter Olympics, and that suggested the obvious theme post.

Even though I couldn't think of any Olympics-themed mysteries off the top of my head, other than several books set at the infamous 1936 Berlin Olympics, I figured there must be a lot of them. After all, look at some of the sports, like the biathlon, with skiing and shooting. What could be a better set-up for a mysterious crime? If you move to the summer, how about archery, the javelin and the hammer throw? Limitless opportunities for a landscape(or competition field) strewn with dead bodies. How about curling? That rock would make a heck of a classic blunt object, wouldn't it? I don't know, though. Curling seems to be most popular among people in the upper Midwest and midwestern Canada; areas legendary for their nice people. Just ask Garrison Keillor or Google "Minnesota nice."

Those judging panels for gymnastics and skating have always seemed like hotbeds of scheming and sabotage to me. And remember back when the Cold War would be played out in microcosm by the judges' scores? That would make an excellent scenario for an espionage novel, possibly complete with a defection.

Figure skaters themselves have been known sometimes for their cutthroat behavior, and I can imagine "death spiral" taking on a whole new meaning in that environment. Alina Adams has a mystery series with a figure skating theme, but it looks like none of them take place at the Olympics. It may be just as well, since I doubt fiction could top the real-life shenanigans back in the Tonya Harding/Nancy Kerrigan era!

In spite of this wealth of possibilities, I didn't find as much as I expected when I went looking for Olympics-themed mysteries. 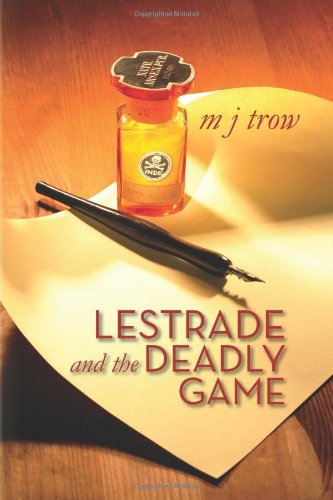 M. J. Trow's lengthy Lestrade series features Arthur Conan Doyle's Inspector Sholto Lestrade, whose name you'll recognize as often-reluctant colleague of Sherlock Holmes. In the seventh book of the series, Lestrade and the Deadly Game, it's 1908 and the Summer Olympics are coming to London. Lestrade is investigating the ostensible suicide of an aristrocatic athlete. Why would he commit suicide just before the Olympics, though? Well, he didn't. And soon, other British athletes are becoming murder targets. 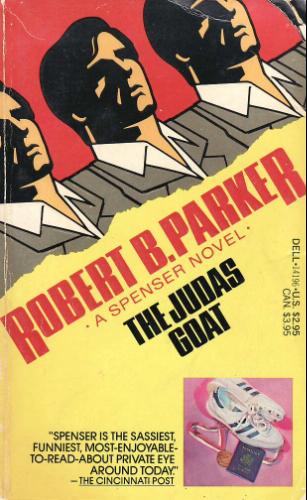 Robert B. Parker's Spenser novel, The Judas Goat, takes Spenser on a globe-trotting quest to track down bombers who killed his client's family. The novel's thrilling close takes place at the 1976 Montreal Olympics. Recent reviewers write that despite this book's having been written over 30 years ago, it's aged well and is a classic early Spenser.

I had no idea that Peter Lovesey had written an Olympics-themed novel. This was in 1977, before he became well known, and he wrote the novel, titled Golden Girl, under a pen name, Peter Lear. In this era of nonstop scandals involving athletes using performance-enhancing drugs, you might be surprised to find that as a theme in a novel over 35 years old. The "Golden Girl" of the title is Goldine Serafin, the adopted daughter of a physiologist who uses her as his guinea pig to prove his theories about developing superhumans. Not so much a daughter as a human experiment, Goldine is subjected to grueling training, psychological manipulation, electric shock, hormone treatments, and surgery, all as part of Serafin's plan for her to win three gold medals in track and field at the 1980 Moscow Olympics and gain massive publicity for Serafin.

This is more of a sci-fi-ish thriller than a mystery, and was adapted into a 1979 film of the same title. The film starred model Susan Anton and earned a favorable review from Vincent Canby in The New York Times.

Emma Lathen (the pen name for Mary Jane Latsis and Martha Henissart) wrote the long-running John Putnam Thatcher series, featuring a senior VP of the mega-bank Sloan Guaranty Trust. Number 18 in the series, Going for the Gold, is set at the 1980 Winter Olympics in Lake Placid. Thatcher is on the scene because Sloan has established a temporary branch at Lake Placid, and he finds himself with a double-barreled problem when the bank is robbed and a French skier is shot during competition.

The 1936 Berlin Olympics are arguably the most infamous in the Games' history. The Nazis had been in power for just a few short years and wanted to show their best face to the world. Anti-Jewish propaganda was toned down temporarily and the game sites were covered with Nazi flags, uniforms and gaudy demonstrations of the supposed superiority of the new order in Germany. 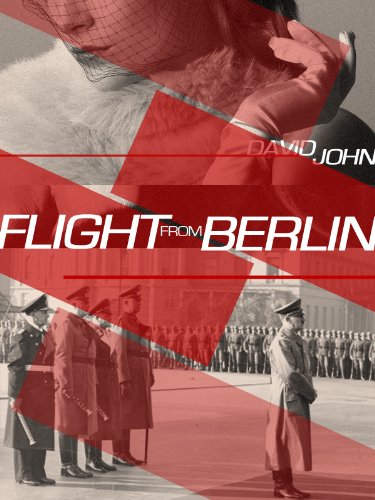 As you might imagine, there are many mystery and thriller novels set at the 1936 Berlin Olympics. Philip Kerr has used it in two of his Bernie Gunther novels, March Violets and If the Dead Rise Not. Rebecca Cantrell has her journalist Hannah Vogel in attendance in A Game of Lies. David John's Flight from Berlin is a thriller pairing a British journalist and an American swimmer whose circumstances are similar to the real-life Eleanor Holm, that party girl whose antics got her booted off the US swim team but who was so popular with the press that she joined them in Berlin. Both Flight from Berlin and A Game of Lies feature the famous Hindenburg zeppelin as well.

Well-known sports writer Frank Deford's Bliss, Remembered is a love story, not a mystery or thriller, but its female lead is also based on Eleanor Holm. Jeffery Deaver's Garden of Beasts tells the story of mob killer Paul Schumann, who is caught by the feds and given the option of prison or doing a secret hit for his country. Schumann masquerades as a journalist reporting on the Olympics, while his real assignment is to kill the architect of Germany's secret rearmament plans. Don't confuse this book with Erik Larson's In the Garden of Beasts, the stunning nonfiction story of a diplomatic American family in Berlin in the early days of the Nazis' coming to power.

There are other Olympics-themed mysteries, of course, but not all that many. The good news is that leaves the field wide open for when you want to write your thriller about poison-pen attacks on figure skating judges, a deadly tampering of a bobsled, use of an icicle as a deadly weapon, or whatever nefarious scheme your murderous imagination might devise. Or you could just watch the actual Olympics over the next couple of weeks and see some criminally bad costume designs.
Posted by Sister Mary Murderous at 4:00 AM