Oh, To Be Young Again

It's always fun to pull out those old photo albums and take a squinty-eyed gander at your younger self––un-Photoshopped, of course. It is easy to see, by comparing photos taken over the years, how you got from there to here. 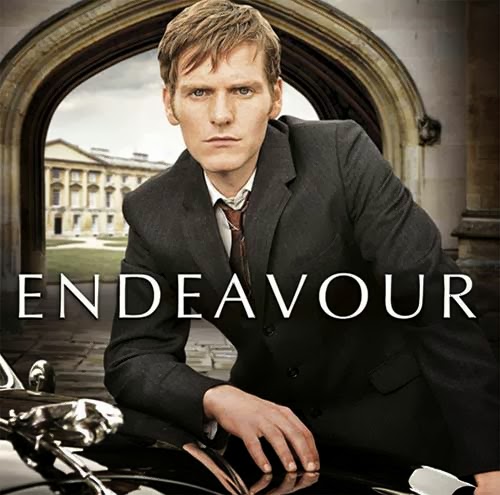 Now we have the opportunity to watch some interpretations of how some of our iconic fictional sleuths got the face they earned. Several months ago I tuned into a new series on PBS about the early life and times of Endeavour Morse. This is a prequel to the long-running Inspector Morse program, which was derived from the Morse novels authored by Colin Dexter. In the series, Shaun Evans portrays young Morse as he begins his career as a Detective Constable with the Oxford City Police CID.

Morse, blessed with the unusual Quaker name of Endeavour, spent some time at Oxford University and some time in the army, where he worked with ciphers before joining the police. Young Morse is at first disillusioned by detective work, but he is quite the natural and seems bound to be a success, although he has quite a time satisfying his superiors. This form of constant disapproval I call the "McCloud Syndrome," because it always reminds me of the TV series McCloud, in which Dennis Weaver plays a marshal out of Taos, New Mexico, who could never please his boss. No matter how many cases he solved with wonderful deductive reasoning, his Chief always treated him as a bumbler. 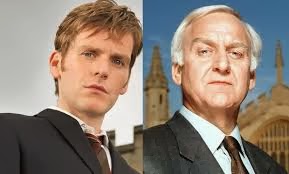 The episodes I've seen so far do an intriguing job of fleshing out young Morse's character, giving the audience some hints about his background and family life. There is also a vintage red Jaguar in this new show. But it does not belong to Morse––not yet anyway. The series continues in 2014 and I look forward to it. My vote in this case is for the young Morse. He was much more likeable than old Morse, in my view.

A relatively new book series by James Henry introduced me to the younger Jack Frost, another well-known detective, both in the print series written by R. D. Wingfield, and its adaptation for television. 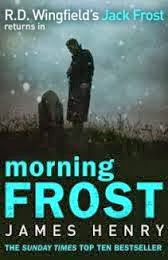 In the third book of Henry's Jack Frost prequel series, Morning Frost, Frost is a Detective Sergeant who has just struggled through one of the low points of his life. It is October of 1982, and Jack had just buried his wife Mary, who had suffered from cancer. There had been a point before her diagnosis when Jack had been planning to ask for a divorce because he had become attached to a female DC who worked out of his precinct. But despite Jack and Mary's many differences, he stayed with her to her death, ended all hope for personal happiness with the DC and sank himself into his work.

Several cases are dumped on Frost at once; very reminiscent of the way R. D. Wingfield treated Frost. There are body parts, female hit men, stolen artwork and the murder of a policeman, and Frost manages to shamble on his way through this to collect all the threads and knot them together. Superintendent Mullet of the Denton police has his usual mixed feelings about Jack. It has been made clear to him that Frost has been tapped for promotion to Detective Inspector for some time, and Mullet would do anything that would quash any recognition of Jack Frost.

Frost appears to be in his late thirties in the James Henry series and not that much older than that in the first of the Wingfield series books, Frost at Christmas. In the original stories, Frost is portrayed as a loveable rogue who is exceedingly sloppy and inefficient in his work habits, and with a personality that is at times sarcastic, insolent and conniving––which doesn’t affect the squad he works with, since they are incredibly loyal to him. This is not a total surprise, because readers tend to like Frost more than they expect to. 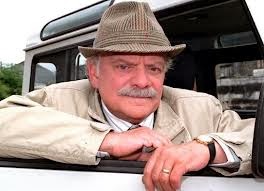 In the TV series, Touch of Frost, Frost is portrayed by David Jason, who appears a decade or two older than the fictional Frost, aging naturally over the course of a total of 15 years of the series. On TV, Superintendent Mullet is seen in a kinder, gentler light and Frost himself has more respect for women. The female characters in the books usually have little to recommend them. My vote in this case is ambiguous. I think both the printed series are excellent, but as a character I like the old Frost better. That may be because James Henry gets more into the personality of the man than Wingfield did. Ignorance is bliss.

Now on to the interesting battle of the Montalbanos. Salvo Montabano is the protagonist of the popular Andrea Camilleri novels based in the fictional town, Vigàta in Sicily. He is a Commissario in the police force, a rank comparable to a superintendent of a regional force. Montalbano has his own way of doing things, as he has to navigate without compromising himself through the murky politics of life in Italy, where the crime bosses sometimes have more power than the politicians, let alone the police. He has those rare characteristics of honesty, decency and loyalty.

These stories have depth because Camilleri makes it a point to "smuggle into a detective novel a critical commentary of my times." There has been a television show based on Camilleri's books for about 15 years. Acting the part of Montalbano is Luca Zingaretti, whose image is synonymous with Montalbano.

In 2012, Italian television aired a spin-off featuring a young Montalbano, who was to have somewhat of a Che Guevara appeal. Michele Riondino was cast in the role, and young Montalbano has all the fine characteristics that make the mature Montalbano the person that he is. He has an energy, mixed with his style and appeal, that is eminently watchable.

Before I can vote on which of these characters I prefer, I am going to have to bone up on my Italian because these shows are only available with English subtitles. In this case, at least the older and the younger Montalbano face off weekly in Italy so there is an abundance of opportunities to compare the different stages of Montalbano's life.
Posted by Maltese Condor at 5:21 PM