Where, Oh Where, Has My Series Gone? The Material Witnesses welcome back our friend Lady Jane Digby's Ghost with another guest appearance. I'll start with a series I enjoyed 10 or so years ago. Young author Rebecca Pawel came up with a marvelous series set in Franco's Spain, right after the bloody Civil War. The first in the four-book series is Death of a Nationalist. Pawel's lead character, Madrid policeman Carlos Tejada, is part of the Nationalist Guardia Civil who finds himself investigating a murder of a suspected Republican. (Republicans, also called Loyalists, were loyal to the Spanish Republic, while Nationalists, led by Francisco Franco, overthrew the Republic in favor of an authoritarian regime.)

Tejada's investigation reveals a case much more complicated than a plain murder, and political ambiguities begin to appear. Rebecca Pawel is very daring in her use of a Nationalist as the protagonist, rather than a more conventionally sympathetic Republican. She continued her strong writing in three more books, the final one published in 2006.

And then Pawel stopped; nothing more since then other than an "Amazon single" e-book. I check the Soho Press catalog yearly to see if anything else is on the horizon, but . . . nada. (There was also a Tejada "single" self-published, which was disappointing, perhaps because it wasn't long enough to make much sense.) One of my favorite authors is Rita Mae Brown. Now, I am a cat lover and am owned by two cats, but I don't read Brown's cozy series starring the tabby cat Sneaky Pie. I tend to be cozy-averse, but I do read her heavier series, set in Virginia and starring “Sister” Jane Arnold of the Jefferson Hunt Club. Brown, who is a Master of her Virginia hunt club, fills her books with dog breeding, horsemanship, local politics, and . . . murder. Usually, the culprits are easily teased out before the book's end, but her Sister Jane books are great fun. As I wrote in my first post, I love returning with an author to accompany old friends on new adventures. And so it is with Sister Jane and her crew, both human and animal. However, there are no new books in the offing.

(Also, and regrettably, Brown wrote two books set in Nevada; mysteries starring Magdalene “Mags” Rogers and her dogs, which I consider two of the worst-written books ever. Real stinkeroos, completely lacking Brown's usual strong sense of place and colorful, interesting characters. Don't buy them; don't read them. I'd like to forget that I ever did read them.) 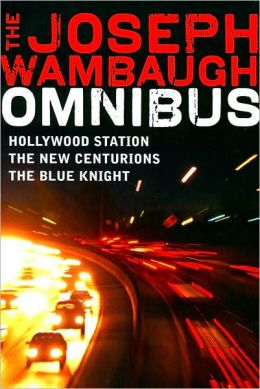 Another police procedural/mystery writer I'm waiting for a new book from is Joseph Wambaugh. One of the best and toughest writers I've read, his four-book Hollywood Station cop-shop books are some of my all-time favorites. There really are no plots, to speak of, but his characters are brilliantly written. I'd love to return to Hollywood Station . . . but nothing new is forthcoming.

British psychologist Frank Tallis has written six books set in Vienna in the early 1900s. Starring Max Liebermann as a young psychoanalyst, and Oscar Reinhardt as a police detective, they team up to solve crimes that have baffled the Viennese authorities. The two are occasionally aided by Dr Sigmund Freud, who is mentoring Max Liebermann. 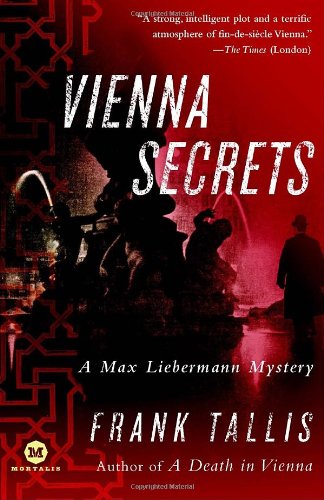 This is one of those series where you have to watch out for books having different titles in the UK and US. My concern is that it’s been a couple of years since the last book in the series, and the author's website appears to have been deactivated. I miss the Liebermann and Reinhardt characters, who use psychological know-how to solve crimes. I wish I could do the same to figure out whether and when they’ll reappear. 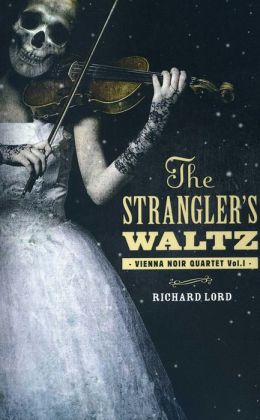 But along the same lines of the Frank Tallis Max Liebermann books is the new book, also set in Vienna in the early 1900s, by Richard Lord, called The Strangler's Waltz. I'm adding it to this list because it is part of the "Vienna Noir Quartet," though only Waltz has been published to date.

I sure hope Lord does continue with the series, and the remaining three books are published . . . and soon. The Strangler’s Waltz (Monsoon Books, 2013) is available in print and in e-book form, which is how I read it.

Why does an author stop writing a series? I suppose the author may have gotten bored with his characters, or the publisher sees a trend of declining sales and asks the author to try his hand at new characters. I think the five authors I've listed are all alive and presumably still able to write. The most curious example is Rebecca Pawel. She was young––in her 20s––when she wrote the Tejada books, which I felt were brilliantly conceived and written. Where is she? She had as good a future as I've seen for a young writer.

So, what series ended too abruptly for you? Give us some names.
Posted by Sister Mary Murderous at 4:00 AM