11/22/63 is a quest story; the type of mythic tale in which a hero leaves his home and battles through daunting trials as he seeks his goal. Jake Epping's quest in this story is to travel from current-day Lisbon Falls, Maine, back in time to prevent the assassination of President John F. Kennedy in Dallas, Texas, in 1963. As in any good quest story, from The Odyssey to The Princess Bride, Jake's journey is also a search for meaning and self-discovery. Does that sound high-falutin'? Don't worry; this is also a page-turning adventure with laughter, tears and thrills.

Jake Epping is an English teacher at Lisbon High School, where he makes extra money teaching GED students. Jake ends the school year on a high note, attending a GED awards ceremony and congratulating his favorite GED student, the school's janitor, Harry. Jake was moved to tears by Harry's essay describing the Halloween night in 1958 in upstate Derry, when Harry's father attacked his family with a hammer, killing Harry's mother, sister and two brothers, and leaving Harry crippled for life.

After the GED ceremony, Jake unwinds at Al Templeton's diner on Main Street, across from the long-closed Worumbo Woolen Mill. Later on, Jake receives a call from a desperate-sounding Al, who begs Jake to meet him at the diner. Al shows Jake a "rabbit hole" in the diner's pantry that pops up next to the Worumbo Mill––in 1958. Al mysteriously appears years older and is suddenly near death from lung cancer. He won't be able to complete his self-appointed mission to use the time portal to prevent JFK's assassination.
Jake agrees to take Al's place and, in nothing flat, he steps into 1958 Lisbon Falls, where everything seems peachy, except for the pollutants pouring from the Worumbo Mill and the creepy wino at the gate who accosts him. Jake now has five years to kill before Al's zero hour. He decides to spend his spare time preventing a couple of other past tragedies; one local and the other, Harry's horror story in Derry.
Jake's journey moves on to Florida and then to Texas, where he lives for a time in Jodie, a small town not far from Dallas. There, he teaches at the local high school and forms important relationships with teachers, students, other townspeople and, most notably, the new school librarian, Sadie. Life in Jodie is an almost idyllic interlude in Jake's quest. He introduces his students to The Catcher in the Rye and inspires jocks to be in the school play.

As November, 1963 draws near, Jake must return his focus to his mission. Jake is willing to sacrifice almost anything to prevent the tragedies in Maine and the catastrophe in Dallas, but he finds that time travel is a strange and complex thing. Weird associations, duplications and "harmonics" keep popping up and, as he puts it, the past is "obdurate," resisting change with a force of its own. Every effort to alter the past creates another thread in the fabric of the future, and some of those threads can become hopelessly tangled, threatening to tear that fabric beyond repair. The responsibility of his quest and the need to keep it secret is a crushing burden to Jake, like being J.D. Salinger's Catcher in the Rye for all of humanity.
Despite the fantastical premise of the book, Stephen King has heartfelt and human points to make about interconnectedness: how people and events interweave, with the threads coming together in a pattern that persists in our lives, long after those events and people have passed. That theme plays out for Jake through his experiences in Maine and then in Texas. 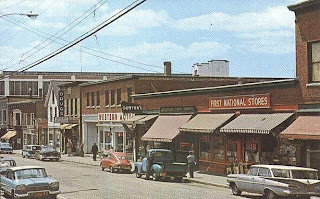 I can't help but feel that the theme of interconnectedness was very personal to King himself. I'm no expert on his work but, while he's made fictional small towns like Castle Rock, Jerusalem's Lot and Derry famous, I think this is the first of his books to feature a real Maine town as a primary location. Jake's––and Stephen King's––Lisbon Falls is very real. Most of the places and institutions King describes actually existed and some still do: the Worumbo Mill, Saint Cyril's, the Kennebec Fruit Company, the Lisbon Enterprise newspaper, the Jolly White Elephant, the Red & White grocery store, the Hi-Hat Drive-In, Baumer's Barber Shop, Dunton's Jewelry and the Holly. And many of the people he places in Lisbon Falls are (or were) real, like Frank Anicetti (Senior and Junior, former and current proprietors of the Kennebec Fruit Company), John Gould (former editor of the Lisbon Enterprise) and many others.

King grew up in Durham, Maine, across the Androscoggin River from Lisbon Falls, and went to Lisbon High School. He was a high-school reporter for the Lisbon Enterprise, he worked for a time at the Worumbo Mill and, like Jake, he had a credential to teach English. He probably ate at the Hi-Hat, got his hair cut at Baumer's and bought groceries at the Red & White. (I won't speculate about whether he frequented the Holly, a dive bar and one-time strip club.) I think King broke from his prior practice in using a real location, Lisbon Falls, so that he could acknowledge the part the town's places and people played in his life.

Even when King moves on to the fictional town of Derry and then to Texas, King's personal connections are evident. When King uses the fictional Derry in this book, he incorporates so many of the places and characters in Derry that have been a part of his past writings that it's like a reminiscence. King's chapters on Jake's time in Jodie, Texas, are a kind of love letter to teachers, which reflects King's own background,  his longtime advocacy for literacy and his support for community. And King's choice to make the JFK assassination the linchpin of the time-travel story is appropriate for a man born in 1947. No matter what your politics are, if you were an American in 1963, the assassination was a cataclysmic event. It was a kind of end of innocence and it split our lives into a before and after. For King, 16 years old at the time, it must have hit hard. 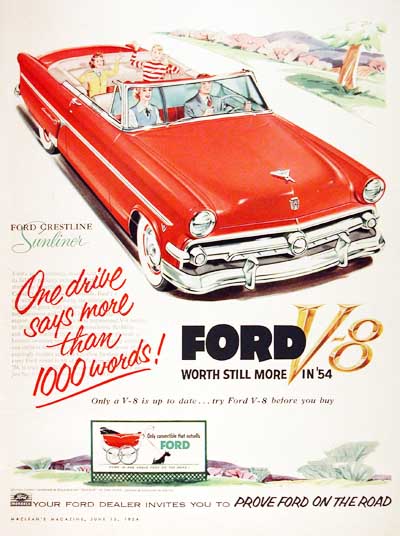 In 11/22/63, Stephen King has used time travel, a classic device of genre fiction, in service of a larger theme that is both personal and universal. But the fact that he has a serious point doesn't stand in the way of the sheer entertainment value of his story. He paints a vivid picture of this country in 1958-1963, with 10-cent root beer, cream-topped milk delivered in bottles, yogurt as a new and exotic food, everyone wearing hats, The Blob playing at the drive-in, cruising in a Ford Sunliner and being able to leave it unlocked. But he doesn't overlook the negatives: overt racism, general acceptance of spousal abuse, people smoking everywhere and polluted air and water.
King's storytelling is absorbing and his characters, compelling. Some, like Jake and Sadie, you'll miss when the story is over, and others you'll be glad you'll never meet in real life. This is a riveting and fully dimensional story. I could have wished for a little more detailed and lucid dénouement, and some editing of the Dallas chapters, but those minor flaws didn't mar an overall terrific read that I'll be thinking about for quite some time.

Friday Fun Fact: In 2001, one of those flaky conspiracy-oriented websites reported that the government had packed up all of the alien technology and bodies from Area 51 in Nevada and moved it to Maine, trucking it in the dead of night into storage at the shut-down Worumbo Mill in Lisbon Falls, Maine. When the local media heard the story, they asked for a comment from Stephen King. King's reaction: "If ever there was a place to stick aliens, Worumbo Mill is it." What do you think; was this what first put the idea in his head to use the Worumbo Mill in 11/22/63?
Note: A version of this review appears on the Amazon product page for the book, under my Amazon pen name.
Posted by Sister Mary Murderous at 4:00 AM