Hold on, hold on. You don't have to leap up and start checking your window and door locks; it's not what you think. This is a reading challenge. But first, a little story about how I got the idea.

My brother-in-law, Jeff, is thorough by long habit and practice. He is the designated pot scrubber among all his family and friends, because nobody else is so single-minded in ensuring that every tiny mark is scoured away. 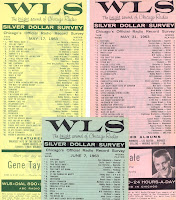 Jeff's approach to the arts is similar. Back when he was a teenager living in what's called "Chicagoland," he listened to radio superstation WLS religiously and collected and kept (to this day) each week's "Silver Dollar Survey" of the most popular songs.

Jeff used his allowance judiciously, carefully choosing which 45s to spend his money on, and giving careful attention to both the A and B sides. He made sure to get his money's worth, playing each new acquisition over and over––and over again. My husband, who is terrible at remembering song lyrics, can still remember every word and note of Neil Sedaka's "Breaking Up Is Hard to Do" (and its followup hit, "I'm Living Right Next Door to an Angel"), after Jeff kept it spinning on the turntable for a few weeks. I will not go into the incident of near-homicide at Jeff's house a few years back, when he had "La Vida Loca" on his CD player's infinite repeat.

But enough about music and on to books. Not surprisingly, Jeff's thoroughness carries through to his book-reading habits. When he likes a mystery, he often chain-reads through the whole series. Last year, he read (re-read in some cases) all of Ngaio Marsh's Roderick Alleyn series and all of Earl Derr Biggers's Charlie Chan books. (See Jeff's review of Yunte Huang's Charlie Chan here.) This year, it was Lindsey Davis's Marcus Didius Falco series. (Jeff plans to write a guest post for us about the Falco series, which I hope we'll see soon.)

I've never read an entire series over the course of a few months. The idea interests me, though, because it seems to me that it would allow for a better view of how a protagonist evolves over the course of the series and how the writer's skills develop and, maybe, wane. 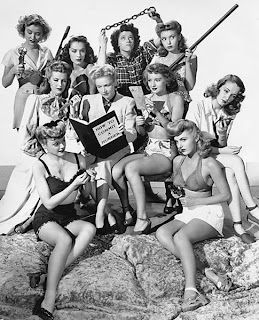 Inspired by Jeff's example, then, I propose a reading challenge for 2012: Choose a mystery series and read (or re-read) every book in the series during the course of the year.

I will set up a new page here on Read Me Deadly where we can discuss the challenge, give each other suggestions about what series to choose, report on what we've chosen to tackle, and write in from time to time to report on progress and observations. To visit the page, please click on the "Challenges" link near the top of the home page.

See you there!
Posted by Sister Mary Murderous at 9:00 AM