Even though the world is felt to be getting smaller all the time, it still can be said that variety is the spice of life. I always enjoy reading mysteries that take place in December while December is swirling all about me. Many countries and cultures celebrate similar events and holidays in a variety of ways, with customs and ancient rites that have settled in over time. I thought I might compare the rituals of December as seen in the four corners of the world–– where murder is always in season.

Rei Shimura is a Japanese-American who has been living in Japan for several years. When she is introduced in The Salaryman’s Wife, by Sujata Massey, she is on her way to the Japanese Alps, having worked for two years to save the money for this holiday trip. She is going to a 200-year-old castle town, looking for antiques and a break from her dull gray life in North Tokyo. This is the time that all of Japan is celebrating New Year’s, the biggest party week in the year, but Rei wanted to escape all that and she heads into an adventure that will change her life. There is a Japanese belief that there are no coincidences; that everything is part of a cosmic plan, so before she even gets to Shiroyama she meets the main players who set in motion the events that are to determine her destiny.

Although Rei is part American, she celebrates the holidays Japanese style. Christmas is not celebrated, nor is there giving of gifts. New Year’s is family time in Japan. You spend time with the people you are close to and dine on New Year’s lucky foods, which are symbolic. Long noodles celebrate the changing of the year, vegetables and fruits represent harvest, and roe symbolizes fertility.

Far to the south in the Pacific Ocean, there lies Australia and a different approach to Christmas. In Kerry Greenwood’s Forbidden Fruit, Melbourne baker Corinna Chapman detests Christmas. There are frantic shoppers everywhere and the heat is oppressive at this time of year. Corinna gave up her job in the city for a chance to be her own boss. The hours are long and hard but she works with people she and the readers enjoy quite a bit. There are two wannabe near-anorexic actors; an ex-junkie master muffin maker and a handsome ex-Israeli commando filling out the cast of characters. 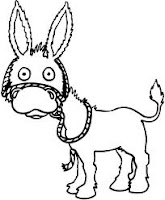 All this normalcy and carol singing are hiding a sinister religious cult with a subversive agenda, and a vengeful vegan cult with a mission. The story includes two teenage runaways, one of whom is large with child. Her time is near and we don’t know what mode of transportation she is using. It does not appear to be a donkey, although there is one in the story.

Behind all the mystery solving there is the theme of baking for the holidays, which is described in mouth-watering detail. One can almost smell the aromas coming from Chapman’s Bakery, aptly named Earthly Delights. Traditional Australian Christmas foods include Christmas cake with small treats baked inside. There is also a Christmas damper (a scone-like bread), shaped into a star or wreath and served with butter jam or honey, which originated in the Outback.

It is also the food that I recall in the most detail after reading Arnaldur Indridason’s Voices, which takes place at this time of year. Christmas in Iceland––which is in close proximity to Santa’s home––has many interesting traditions, one of which is that there are 13 Icelandic Santas, each of whom has his own mythology. Iceland's winter holiday goes from early December to January 6, which makes a season of 26 days. Some of the traditions are quite similar to European and North American celebrations and include gift giving on December 24. On New Year’s Eve, there are community bonfires and widespread fireworks.

Inspector Erlendur is another character who feels great personal apathy at this time of the year, but professionally is aggressively investigating the murder of a part-time department-store Santa. There are many themes in this book, but the main one is giving a voice to the victim of murder, a voice for a badly beaten boy whose mother is mentally ill, and finally a voice for his own feelings of despair. This story is one of Indridason’s best.

But as I said I was taken by the food––or I could say taken aback. Inspector Erlendur checks out a room in which a holiday party had taken place. He found the remains of a boiled sheep’s head that the guests had been enjoying. At first I assumed this was possibly a euphemism for something like a head of cauliflower, but was amazed to find it is a usual dish in Iceland and there are even drive-in restaurants where this boiled sheep’s head, which is exactly that, is served with mashed potatoes and vegetables. I will stick with a quarter pounder, thank you.

Another detective close to my heart is the lonely Inspector Espinosa in Luiz Alfredo Garcia-Roza’s December Heat. For him, Christmas is pretty much another day in Rio de Janeiro and he spends the days leading up to it trying to solve the murder of a prostitute who was the girlfriend of a retired policeman friend of Espinosa’s. The case is complicated by the faulty memory of this old cop, Vieira. Vieira is an alcoholic who wakes up next to his murdered mistress and finds himself in a peck of trouble. Espinosa knows that open-and-shut cases are never straightforward. Inspector Espinosa will probably spend both Christmas and New Year's reading his books and looking for more to add to his collection. He might eat the traditional pork loin and farofa, which is raw manioc flour, roasted with butter, salt and bacon. On New Year’s Day Brazilians eat lentils to increase their good luck.

A bowl of black-eyed peas on January first is essential for good luck, health and good fortune in my neck of the woods. I tend to cast my fate to the winds and leave this tradition to others in the family who wouldn’t miss this lucky charm for anything.

I would be interested in any holiday traditions that you readers feel are essential to help circumvent bad luck.
Posted by Maltese Condor at 9:00 AM