A Killing in the Hills by Julia Keller

Acker's Gap, West Virginia, is set in the incredibly beautiful, endlessly rolling Appalachian Mountains. Like too many of the poverty-stricken towns in the area it is also, according to the author, "An ugly place, a place riddled with violence––the special kind of violence that follows poverty, the way a mean old dog slinks along behind its master."

Following her divorce, lawyer Bell Elkins had brought her teenage daughter Carla back to her birthplace from the bustle and sophistication of their upscale Washington D.C. life. Against the advice of old friend Sheriff Nick Fogelsong, she ran for and was elected County Prosecutor. A rash of crimes caused by the recent tsunami of new and more dangerous drugs into the county has kept both Sheriff and Prosecutor working very long hours without ever getting close to the major supplier. Bell's relationship with her 17-year-old daughter, Carla, is difficult. Carla is at that unattractive stage of adolescence where all adults are to be despised, parents in particular. However, that sullen "hard ceramic glaze of cool" that Carla presents to the world is briefly shattered one morning when she waits in a restaurant for her mother to pick her up.

Her mother is, as usual, late––has probably forgotten her again. The world in general, and Acker's Gap and her mother in particular, suck big time. And how can those three old guys having coffee and chatting and laughing possibly be enjoying themselves? Carla spitefully hopes she is dead before she gets that old and wrinkled. Then the door opens, there are three soft pops, and the heads of the old men explode in sprays of red and gray. As the door closes quietly, Carla catches a fleeting glimpse of a gun barrel and little piggy eyes in a thin face. 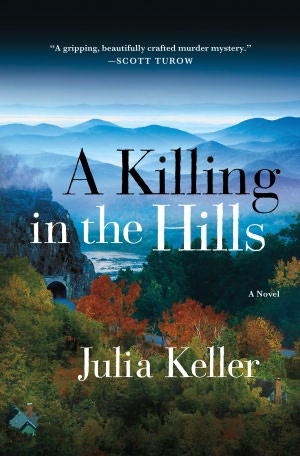 Bell hears the police call and races to the scene and her daughter. But when the sobbing and badly shaken Carla attempts to describe the event to her mother, Bell, in prosecutor mode, hushes her, telling her not to discuss it until the police take her official statement. This proves a serious mistake on several counts. By the time the police take her statement, Carla, thinking she has seen the killer at a party she was forbidden to attend, has decided to lie and try to find him on her own.

Bell's judgment in bringing her daughter home to these rural mountains for safety was curious. Her own upbringing here was marred by violence and murder, facts that she has never shared with Carla. Mountain people are famously secretive, so despite the fact that the older residents of the town all know Bell's history, her daughter has no idea what drives Bell so hard professionally.

The book offered a number of interesting and believable characters and motives. While the action dragged a bit in the middle, the richly developed characters, vivid descriptions, and beautiful prose kept me reading. I usually read several books at once, but the setting and characters in this book kept me continuously engaged.

Julia Keller was born and raised in West Virginia and now works as cultural critic and reporter for the Chicago Tribune. She won a 2005 Pulitzer Prize for her feature coverage of a deadly tornado outbreak in Illinois. A Killing in the Hills was published by Minotaur Books and released on August 21, 2012. 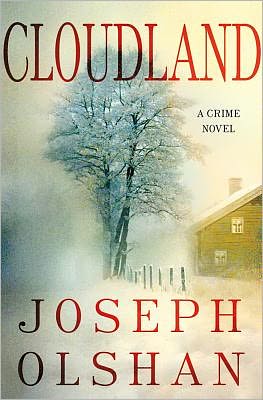 Nurse Angela Parker vanished during a January Vermont blizzard on her way home from a ski trip. She had called her husband from a rest stop on the interstate to say she would be home soon. She never arrived. Months later in rural Vermont, newspaper columnist Catherine Winslow, out for a walk on a March afternoon, found Angela's body posed in the melting snow near a fallen tree. Angela had been strangled, stabbed, then buried in the fresh snow, probably shortly after she spoke to her husband. Like several similar recent victims in the Connecticut Valley, she had some disturbing religious tracts stuffed in her pocket.

Catherine had been an investigative journalist in New York until she left after a disagreement with an editor. She moved to Vermont with her teenage daughter and taught literature at a local college, a job she lost after the administration received several anonymous letters documenting her affair with a student. She finally found her calling as the author of a nationally syndicated Household Hints column.

Her daughter has moved out, so Catherine now lives alone with a pair of dogs and her bad-tempered house pig, Henrietta. There are only three occupied houses up on Cloudland, and her neighbor Anthony, a psychiatrist, is called in to consult on the apparent serial murders. When Catherine notes the similarity of the staged victims with the religious tracts to those in a very obscure unfinished novel by Wilkie Collins, both the detective and Anthony involve her directly in the investigation. Huh? While Catherine owns one of the very few copies of the Collins novel, she has lent it out to a number of different people over the years.

It took me three tries to finally finish this book. Catherine as first-person narrator annoyed me terrifically; despite her extensive back story she never came alive for me. She remains a narcissistic middle-aged woman who lies to herself and others and makes unfortunate life choices. The willingness of the police investigator to involve her in the investigation of the case didn't make sense for most of the book. And, unusually for me, I had figured out the killer well before the book ended. While the author's descriptions of the setting were lovely, living inside Catherine's head for the length of this rather disorganized book was not a pleasant thing.

Joseph Olshan is the author of 10 novels across a variety of genres. His first book, Clara's Heart, was made into a movie starring Whoopie Goldberg. Cloudland is based on a true story of the serial murders of six women in Vermont and New Hampshire. The killer has never been caught. Cloudland is published by Arcadia Books and will be released September 1, 2012.

There were many similarities in these two books: the rural mountain settings, the divorced protagonists with older daughters and complicated back stories, and the unusual motives for the crimes. Yet I happily immersed myself in one, and could hardly bear to finish the other. First-person narration for the length of a novel is tricky, unless the narrator is either a very sympathetic or a very amusing character. Catherine is neither, and I think Cloudland suffers as a result.

Note: I received free copies of both of these books in exchange for reviews. Versions of these reviews may appear on Amazon and GoodReads under my user names there.
Posted by Periphera at 4:00 AM