Here's the thing. I very rarely give a book an unadulterated rave review. As a Mainer, I was brought up to practice moderation. To say I liked a book is fine, even that I liked it a lot, but to say I loved it is a display of flamboyant emotion my fellow Mainers would look at askance. But there's no help for it; I did love this book. Now the hard part. What's it about? Well, it's an old-fashioned tale of British Empire swashbuckling adventure (think The Man Who Would Be King, or King Solomon's Mines, for example), a science fiction technology fable, a family drama, a coming-of-age story, a jeremiad against contemporary finance-world fiddles and the modern Orwellian state that tortures its citizens to protect our freedoms, and also a tragedy, a comedy, a romance. Hmm, that's not very helpful in giving you a picture of the book, is it? What if I say it's about a supervillain known as the Opium Khan who, with his "Ruskinites," an army of black-clad man-machines, and the assistance of the cynical complicity of the modern security state, works tirelessly over decades to achieve the power of a god over all of humanity, all the while countered by ingenious men and women and their steampunkish submarines, trains, various other devices and a network of extremely quirky characters and one ancient, blind, bad-tempered and one-toothed pug? No, I thought not. 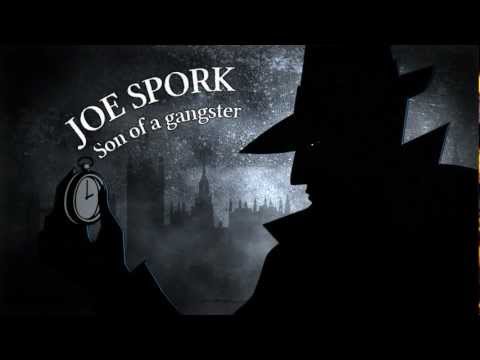 Let's try another tack and look at the plot. Joshua Joseph ("Joe") Spork is a young London clockmaker and restorer of various types of clever machines, like Victoriana automata. He is the son of the late flashy gangster, Matthew "Tommy Gun" Spork, and the grandson of Matthew's disapproving clockmaker father, Daniel. Despite his love for his father and affection for the gangsters of the Night Market, where the criminal underworld meets periodically in a grand secret bazaar, Joe is so determined not to be like him that he has, as he says, dedicated his life to being mild. He's a quiet, law-abiding man, so shy and retiring he can't bring himself to follow through on the world's most obvious hint when a generously bosomed barmaid takes his hand and holds it over her heart.

Joe isn't a complete saint, though. He knows the sin of covetousness when he doggedly visits ancient Edie Bannister and feels sure she's working up to offer him some really excellent piece of machinery to work on. And she is, but she might have left it just a little late. What she has is a piece of a device that, like the atomic bomb, has the power to end all wars or destroy the planet, depending on who controls it. And, suddenly, a lot of very bad men, including government men, want to be the ones to get their hands on it and are willing to do whatever it takes to Edie, Joe and everyone they ever knew, to achieve their goal. 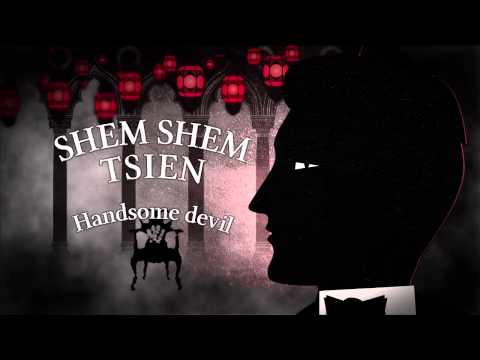 There follows a tale of dazzling imagination and invention that takes us back in time to Edie's youth as a highly skilled secret agent, doing battle with supervillain Shem Shem Tsien and falling in love with Joe's genius inventor grandmother––the creator of the sought-after device. This long trip into the past is no digression, though, because everything that happens there is supremely important to Joe's story in the present.

In fact, though this is a long book crammed to the bursting point with anecdotes, people, places and things, not a single bit of it is frippery. It's all a part of the grand and intricate machinery that drives this epic story, one in which Joe ceases to be mild and embraces everything he ever learned from Matthew and his world. Why? So he can save the universe and get the girl, of course.

All of the characters in this book are deftly drawn, the plot is always easy to follow despite its complexity, and Harkaway writes with a scintillating and abundant style that is just to the good side of florid. I'd say the book would make a crackerjack movie, except you'd miss the playful ingenuity and repleteness of Harkaway's prose.

Harkaway is the son of famed espionage writer John le Carré. I imagine he knows a thing or two about growing up with a larger-than-life father, and that has added poignancy to Joe's story. Harkaway has chosen to follow his father's career and we should be glad he did. Though I warn you, this book may ruin you for any other reading for awhile. When I finished it, I was still so far under its spell that nothing else appealed to me. Everything else seemed muted and timid by comparison. I know, I finally thought: I'll just go find a copy of Harkaway's first novel, The Gone-Away World!

Note: I did not receive a free copy of this book. I bought the audiobook and may well go out and buy a copy of the hardcover; that's how sure I am that Harkaway is going to become a big name and that I'll want to savor this book again. As for the audiobook, I just want to say that Daniel Weyman is the best possible narrator of this material. He understands that this is a story that needs to be acted, with absolute abandon, and he throws himself into it with all the energy and dash it deserves.

A version of this review appears on the Amazon product page, under my Amazon username.
Posted by Sister Mary Murderous at 4:00 AM