Have you had your fill of that feathered fowl with the wattle, with white meat, dark meat and giblets, but are now looking forward to a few days of sandwiches, soup and croquettes made from the same bird? Let's talk about a different kind of Turkey, the crossroads of Europe and Asia kind.

I have been sampling a variety of Turkish delights tinged by the dark side. Almost all the authors I will mention today use Istanbul for their backdrops. There is no place quite as exotic, mysterious, beautiful and complex. The ageless Bosphorus divides the city, as magnificent palaces like Topkapi and Tekfur capture the eye, and the ultimate in mosques like the Blue Mosque and the Sultan Ahmet lift the spirits.

Each of these writers brings a different part of the city to life. My favorite writer whose stories are based in Turkey is Barbara Nadel. Her mysteries feature themes that focus on the multiculturalism  and the history of the area. Police Inspector Çetin İkmen of the Istanbul police is the head of the serious crime squad of Istanbul. He is of mixed background and it is hard to say what religion he practices, if any. His close subordinate, Mehmet Süleyman, is Muslim. Another associate on his squad, Balthazar Cohen, is Jewish. The crimes İkmen gets involved in cross many barriers as well. İkmen lives for his work and in Arabesk he complains that "I have this unpleasant feeling that when I don't work I actually cease to exist." He is on an enforced leave of absence while on sick leave due his ulcer problem. His son Sihan encourages him to read Orhan Pamuk's The Black Book, but he prefers reality to fiction.


Here in Arabesk, Nadel looks at this society that has existed for so many centuries and that still reflects the beliefs and cultures of the many invaders who have ruled for a while until they were replaced by other invaders. The Hittites, the Persians, the Romans, the Greeks and, finally, the Ottomans have left their mark on this part of the world. The title Arabesk comes from the popular music that is a blend of traditional Turkish music and ornate Egyptian laments. It has been called the "music of the slums." Most of its performers, many of whom come from the countryside, often have painful memories of poverty among the shanty districts and cheap tower blocks where the peasants live when they come to the city to work. The melodies are mournful as well as critical of the plight of the poor. Islam forbids the use of the human form in art, so in most art forms there are patterned designs that repeat almost infinitely. Mistakes are deliberately made to show that humans err. Arabesk is a story of errors that are repeated, leading to murder. The murder investigation itself is tortuous and also repetitive, but finally leads to a satisfying conclusion.

In Nadel's Harem there is much going on below the surface, both literally as well as figuratively. The sultans of yore had buried a system of canals and tunnels below the street surfaces so that they could travel from one part of the city to another in safety and secrecy. Many of these cisterns were in disrepair and close by crumbled walls that had been helped along in their disintegration by the terrible earthquake of 1999. One of the secrets in this exotic city is the use of young girls as odalisques–or female slaves–who fulfill secret desires for people of high rank. In this mystery, Nadel blends the past with the present subtly and beautifully. There are 13 books in this series, all with unusual cases in unusual places and I am making my way through them slowly because I enjoy them so much. 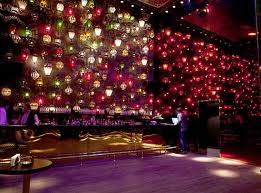 Lighter and frothier than these are the Hop-Çiki-Yaya Thrillers series by Mehmet Murat Somer. This phrase is used in comedy shows to mean gay. This series begins with The Prophet Murders. The protagonist is an unnamed individual who is referred to by several names including sweetie, "abla," meaning elder sister, hubby and baby. He/she calls herself a trannie (transvestite) and she is much more than that. She is a man or a woman as circumstance demands. She does martial arts, owns a nightclub, is a serious computer hacker and is apparently quite attractive, modeling herself after Audrey Hepburn. She gets into the murder business when she becomes concerned about the recent deaths of other transvestites in the community who are being marginalized because of who they are. The book is an education about the lifestyle, the rules of the community, and the ins and outs of the hierarchy of power in the transvestite community of Turkey–which probably isn't that different from anywhere else.

There are seven books in the series but only three have been translated so far. The tone is campy, but not overly so because our girl is serious and very real. 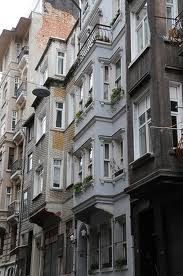 Another different taste of Turkey is from the perspective of a working woman in Istanbul. The novel is Hotel Bosphorus by Esmahan Aykol. But it is as unlike my working life as a doughnut compared to baklava. Kati Herschel is a German whose parents came to Turkey when the Nazis came to power. Her father was Jewish lawyer. She spent the first seven years of her life there before her parents returned home. She never felt at home in Germany, so she moved back to Istanbul and, after trying out several jobs, she opened the only crime bookstore in the city. She considers herself an İstanbullu despite the fact the fact that although she carries a Turkish passport and speaks excellent Turkish, the Turks consider her German. Her personal habits are quite un-Turkish in many ways: her friends consider her stingy because she offers them used teabags for tea, she walks rather than take a taxi, and turns lights off the minute she leaves the room. On the other hand, she is a smiley person and the Turks feels that that is really why she left Germany, because a cheerful person would feel out of place there. 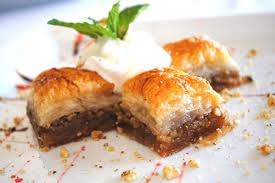 One fine spring day, Petra, a friend of Kati's from Germany who is now a film star, arrives in town and gets reacquainted with her friend, but before the ice has settled in their drinks a man associated with the film is murdered. Kati has little faith in police of any persuasion and immediately decides that she'd better figure this thing out in order to help Petra. This story is written in a breezy, chatty fashion with asides to the reader. As Kati pursues clues across the Bosphorus, we learn more about the city and the past than the murder, but in the same way that she runs her store–and that is by the seat of her pants–Kati finds the answers she is looking for. 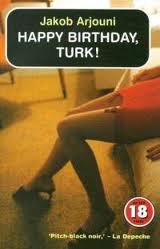 Exchanging sweet for sour, we leave Turkey for Germany, where Jakob Arjouni introduces us to curmudgeonly private eye, Kemal Kayankaya. He is Kati’s polar opposite. He is Turkish, but he was raised in Germany, holds a German passport, speaks German fluently but not Turkish. Jakob has too much experience of German resentment against foreigners. In the 1960s, Germany was having an economic resurgence and needed workers. A guest-worker agreement was signed with Turkey in 1961; Turks became the largest group of immigrant workers, and rather than going back home after 10 or 15 years, the workers stayed. Many of these immigrants do not speak German and prejudice is rampant. Kemal has his own attitudes about the local populace, so there is a bit of tit-for-tat going on as he describes Germans and, on one occasion, American tourists with far-from-flattering candor.

In Happy Birthday, Turk!, Kemal Kayankaya is asked to investigate the death of a Turkish worker, Ahmed Hamul, who was murdered in the red-light district of Frankfurt. Ahmed's family has asked Kemal for help; they know the police won't work too hard on the case. Kemal doesn’t have much training, but in the end he does have what it takes–which is the ability to survive multiple serious beatings in the course of his days on the job. Reasonable health care is a boon for Kemal. Arjouni's books are quite popular in Germany; go figure! I liked this Kemal guy and have the next book in the series on tap: One Man, One Murder.

I did read The Black Book, by Nobel Prize winner Orhan Pamuk, after it was recommended in Arabesk. It took me a long time to get through and there are no words for my reading experience. I have been assured that I will get over it without help from pharmaceuticals. 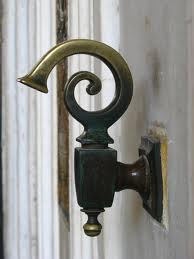