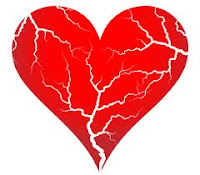 I am not sure when the penchant for honoring the trials and tribulations of life by hooking them up with a month or day began, but the practice has been around at least for a few decades. Despite February being duration challenged, it keeps up with every other month when it comes to honors heaped upon its head. For instance, it is American Heart Month, Black History Month and Cherry Month. There are a few other tributes worth celebrating as well, like Library Lovers Month, Pull Your Sofa Off the Wall Month and, not least, Spunky Old Broads Month. There is something for everyone. 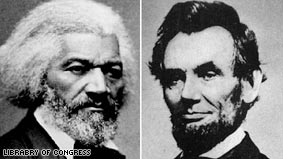 It was in the 1920s that Black History Month had its origins.  In the beginning it was a week, but by 1976, it graduated to a month because it had been a wildly popular notion. Canada and the United Kingdom also celebrate a Black History Month. The UK named October to be the fitting month, while Canada and the USA elected February for the honor. In this country's case, it was because both Abraham Lincoln as well as Frederick Douglass had February birthdays.

Some of my favorite fictional sleuths deserve a mention this month. In fact, I think one of these, Virgil Tibbs, made a little history.  Recently named one of the top 100 mystery novels of the century, John Ball's In the Heat of the Night tells the story of Tibbs, a black detective looking for a murderer in Wells, a small Carolina town, during the heyday of the Civil Rights movement. I don’t have a copy of this book any longer, but I rewatch the movie anytime it comes on TV.

Tibbs is from Pasadena, California, on a visit to Wells, and has more experience with homicide than any of the police in this town and he's going to get his man no matter how many would like to keep the status quo in this southern burg. Tibbs is a calmer man in the book than in the movie, but the theme of earning respect is present in both. In the Heat of the Night is the first of seven books in the Tibbs series.

Even Virgil Tibbs might have had his prejudices shaken up if he had been told back in '65 that there would be women in the police force doing his very job.

One of these is State Trooper Desiree "Des" Mitry of Connecticut. The Mitch Berger/Des Mitry series, by David Handler, features an odd-couple pairing of the black, beautiful and athletic Des with Mitch Berger, a pudgy Jewish movie critic. In The Burnt Orange Sunrise, the fourth book in the series, Mitch and Des have been invited to join a large party of glitterati gathering from both the East and West Coasts to celebrate nonagenarian Ada Geiger's return from France.

Ada was once an up-and-coming film director who worked in Hollywood with her husband, until they were blacklisted during the McCarthy era. The gathering is to be at Astrid's Castle near the coast. Astrid's Castle is now an exclusive hotel that is being run by Ada's daughter, Norma, and Norma's husband, Les. Built for Ada by her husband on the Gold Coast of Connecticut, in little Dorset, it was a faux castle built into a hillside and had become a tourist mecca, not only to stay there but simply to marvel at.

On this festive evening, they are in the midst of a terrible ice storm that is to be followed by several inches of snow. The glitterati have sent their regrets and the party is a small one; mostly family except for Des and Mitch. Before long, in the best Agatha Christie tradition, the storm isolates the castle and Des and Mitch are on their own as one after another of the guests is murdered.

This may not be the book to read if you are one of the unfortunate victims of Storm Nemo. Brrr.

Across the pond, despite many complaints of racism and obstacles to promotion, one in five recruits to the Metropolitan Police is from black and ethnic minorities, as pointed out by The Guardian newspaper.

There are a few fictional recruits from minority backgrounds whose careers in British law enforcement I am following.

I first ran across Charlie Peace when he was introduced as an astute young Cockney witness in Robert Barnard's Bodies (part of Barnard's Perry Trethowan series). Charlie Peace joins the police and moves quickly into the detective ranks at Scotland Yard. In A Hovering of Vultures, Peace is a Detective Constable. The mystery surrounds a long-dead brother and sister who wrote dreary literary works that are coming into fashion again, largely due to the efforts of entrepreneur Gerald Suzman. Suzman has organized a foundation and a museum, and now sponsors a conference. Charlie Peace is attending the conference undercover, while he tries to figure out Suzman's angle. Suzman is known to the police as a con man and, so far, his motive for resuscitating the interest in the dead siblings is not obvious. Peace fits in easily with the authors and readers. This is a good example of what I like about Peace's character. Barnard never feels he has to explain him. The reader takes for granted that he is smart and well read, because that is how he is presented. Too often in fiction a person who can quote from the greats in literature comes from the upper classes or has at least been educated in private schools alongside the privileged. There are 10 books in this series, so far, and I am leisurely reading them all.

Wesley Peterson is a Detective Sergeant transferred from the Met to South Devon, England. Of West Caribbean ancestry, he has a degree in archeology, and he investigates crimes that are associated with digs and English historical events. In Kate Ellis's The Merchant’s House, first in the Wesley Peterson series, there are a few different story lines that meld the past and the present in a clever way. However, so far in this mystery and the next in the series, The Armada Boy, Peterson remains a cipher. The reader knows where he came from and that he has an interracial marriage, but little else about what goes on in his mind outside the solving of crimes. This is a lengthy series––16 titles to date––so maybe I will find him fleshed out as the series progresses.

If you have a yen for a trip to the past, read about Ben January from Barbara Hambly’s A Free Man of Color. It is timely in that it takes place during Mardi Gras in the 1830s. January is a Creole with a medical background, which he obtained in Paris. His mixed race means he can't make a living with his degree in New Orleans, so he teaches music. There is a murder at The Salle d’Orleans where he is playing the piano for the evening's festivities. He is a free man of color, but still the perfect scapegoat. January has to find the culprit himself if he is to remain free. This is also an intriguing series (11 titles so far) because of the different perspectives regarding the mixed-blood individuals who are an important part of New Orleans life.

There are so many other characters appropriate to Black History Month whom I enjoy, like Walter Mosley's Easy Rawlins, Blanche White from Barbara Neely, and Jake Hines from the books of Elizabeth Gunn, all of whom my compatriots and I have discussed before on Read Me Deadly. The list is long and feel free to add to it if you have a favorite.

Some day it would also be fun to talk a bit about characters who should be celebrated as part of Spunky Old Broads Month.