By coincidence, I was listening to the audiobook of Robert Littell's The Company: A Novel of the CIA when the new FX series, The Americans, debuted. What with listening to the one and watching the other, I'm starting to look at people on the street from a whole new angle. Littell's book is a doorstopper: 896 pages; 34.5 hours on audio. Littell manages to make a story about the CIA entirely human by turning it into a sort of family saga. Yale University undergrads and best friends Jack McAuliffe, Leo Kritzky and Ebby Ebbitt are recruited to "The Company," the successor to the World War II OSS, right after its inception. The book follows them through their marriages, the births of their children and the entry by some of their children into the CIA as well.

The story begins in Berlin, at the start of the Cold War, and we take a time-and-distance trip through some of the key moments in the intelligence war: Budapest during the 1956 anti-Communist Hungarian uprising, the failed Bay of Pigs invasion of Cuba, the Russian war in Afghanistan, and the 1991 attempted right-wing coup against Soviet President Mikhail Gorbachev. Littell blends fiction so well with these historical events that I kept going back to Wikipedia and historical reference books to see where the seams were between fact and fiction.

As the book follows the trio of friends and their long careers in the CIA, parallel threads follow key KGB agents on the other side of the intelligence war, and the search for Sasha, the code name for a KGB mole whom the CIA believes has infiltrated its upper echelons. Even when compared to the spectacular world events depicted, the story of undercover agents and tradecraft are gripping. On the KGB side, the legendary figure of Starik coordinates espionage in the US. He recruits Yevgeny Tsipin, the son of a Soviet diplomat stationed at the UN, to become a deep cover agent. Yevgeny, having gone to high school in New York and college at Yale (where he was acquainted with Jack, Ebby and Leo), speaks English with a New York accent and is completely familiar with the American lifestyle.

Yevgeny (Gene in his new persona) isn't given the job of intelligence gathering directly. Instead, he acts as a "cutout," an agent who picks up intelligence from moles and passes it on to Starik. Gene occasionally works with some Americans who are ideologically committed to the USSR, such as the liquor store owner who allows Gene to act as a deliveryman, so that he can make contacts with moles. But Gene's only regular contact with someone who knows he is a KGB agent is his own cutout agent, Ada Tannenbaum. In the decades Gene is in the US, about once a year he hears a coded message on the radio that puts him in contact with Mrs. Tannenbaum, who moves to a new apartment after each contact. He telephones her and she acts as the information exchange between him and Starik.

Despite her minor role in the book, Ada Tannenbaum is one of its most poignant characters. She'd been a Communist in Poland during World War II, and her young son was murdered before her eyes by the Nazis during a raid. This only intensified her commitment to communism and, when she came to the US as a refugee after the war, her sole occupation was to act as a cutout agent for the KGB. Posing as a widow on a small pension, she lives in a succession of small apartments in Washington, DC. She comes to treasure her rare contacts with Gene and to love him as if he were her own lost son. 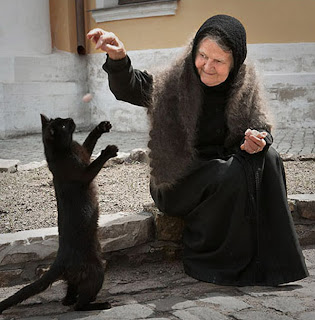 It's one thing to be a mole. At least the mole is directly involved in intelligence on a day-to-day basis and lives in that world. The sleeper or deep cover agent, on the other hand, has to pretend to live an ordinary American life, but without revealing anything of his real identity to any of the people with whom he regularly comes into contact. While it's certainly a precarious and sometimes dangerous life, the intense loneliness and untethered-ness may be more of a hardship than the danger. Over the decades he spends as a deep cover agent in the US, Yevgeny/Gene has no direct contact with anyone back in Russia, including his family and the young woman he fell in love with and was forced to leave behind, without explanation, when he received his assignment to go to the US. Ada Tannenbaum makes no friends in America either, and only after many years decides that the Party would not object to her adopting a stray cat. Yevgeny/Gene and Ada Tannenbaum have little other than their ideological commitment––and their brief and rare telephone conversations––to sustain their spirits.

You might remember the sensational news stories in 2010 about the dozen Russian sleeper agents who were arrested by the FBI after living as ordinary Americans for many years. The agent who got the media all worked up was Anna Chapman, a femme fatale, but the other agents included several couples whom the Russians put together to act as husband and wife in the US. The agents were instructed to lead ordinary, middle-class lives, but also to work to make contacts within the US government, so that they could pass on intelligence about US foreign policy to their Russian handlers.

This real-life story was the inspiration for the new FX network series, The Americans, which was created by Joe Weisberg, a former CIA agent. Keri Russell and Matthew Rhys play Elizabeth and Philip Jennings, to all appearances an ordinary Washington, DC suburban couple with a son and daughter. But they are actually deep cover agents who were recruited to the KGB at a very young age and rigorously trained for their lives in the US. Complete strangers when paired up by the agency, they were instructed always to call each other by their American first names, to speak only English––even when alone with each other––and never to share their real identities or life stories with each other.

The show is set in the early 1980s, a time when the USSR was still intact and the Cold War was still going on, but when the Soviet system was in decline. We follow Philip and Elizabeth's espionage work––like chasing down and abducting defectors, seducing high-level government employees and their loved ones to gain intelligence from them, and planting bugs in homes and offices––but we also see their cover lives.

Philip and Elizabeth go to their children's school events, shopping at the mall and all the usual suburban family activities. When they drop in on their new neighbors, the Beemans, to introduce themselves and give them some of Elizabeth's freshly-baked brownies, they discover that Stan Beeman is an FBI agent. Well, FBI agents have to live somewhere, so maybe it's not an ominous sign, Elizabeth remarks. While most of the real-life agents who were the subjects of the Illegals Project, as it was known at the FBI, looked only too ordinary and didn't seem to have accomplished much, Elizabeth and Philip are a different story. Their agent jobs seem quite a bit more action-packed than those of the real-life agents in the Illegals Project, but I suppose that's to be expected for a television series. The action part of the show is interesting enough but, as with The Company, it's the way that a life of secrets affects the characters as people that is the most intriguing part of the story.

Imagine the cognitive dissonance of having to pretend, even to your own children, to be an ordinary American, while your true allegiance is to a country on the other side of the world––a country that is the sworn enemy of the US. Imagine never being able to speak your own native language, eat the food you grew up with or observe any of your old customs. Imagine growing up a member of the Soviet Young Pioneers, and now pledging allegiance to the United States at your children's school. How is it possible for a deep cover agent to sustain his commitment? In Elizabeth's case, pure ideological fervor and patriotism seem to be enough, at least so far. She finds Americans "soft" and believes that the US would destroy her beloved homeland if at all possible. Philip, on the other hand, enjoys the life they've made in the country where the electricity nearly always works and anybody can buy cowboy boots at a shopping mall. As the tasks assigned to them become far riskier, he wants to at least discuss the possibility of defecting. How will the couple work this out, especially when it's not entirely clear whether they're a real husband and wife, or just each other's cover?

I recommend The Company and The Americans to anyone who shares my fascination with people living double lives.
Posted by Sister Mary Murderous at 4:00 AM