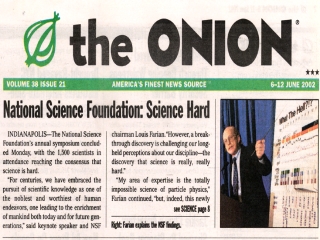 This afternoon I was thinking about crime fiction, when I stumbled across a Newswire headline in the satirical newspaper The Onion. It says, "Third time the charm for man trying to eat Skittle off of moving model train." Now, on its face, this headline has little to do with crime fiction, but here at Read Me Deadly, strict rules of logic are swept under the carpet on Friday. Regarding the headline, think about persistence in the face of great odds, luck both good and bad, quests that may seem nonsensical to others, and trains when moving that present a problem. The books below contain all of these elements.

Nigel Williams's The Wimbledon Poisoner is a comedy of manners involving an ordinary man, Henry Farr, who is obsessed with the idea of killing his wife Elinor. His obsession begins with fantasies about her death. At first, Henry pictures himself merely grieving by her graveside "looking mournful and interesting" and "comforted by young, fashionably dressed women." He daydreams of coping with their daughter as she roams the house, bereft. After a time, Henry's normal train of thought jumps the rails and takes him to an unexpected destination: he sees himself not as widower, but as murderer. Henry finds this change of scenery thrilling because murderers are no longer hanged by the neck until dead; instead, they become the subject of best-selling paperback novels, they're chased by paparazzi, and their thoughts on life and crime are elicited by television documentary-makers:

"Henry pictured himself in a cell, as the television cameras rolled. He wouldn't moan and stutter and twitch the way most of these murderers did. He would give a clear, coherent account of how and why he had stabbed, shot, strangled, gassed or electrocuted her. 'Basically,' he would say to the camera, his gestures as urgent and incisive as those of any other citizen laying down the law on television, 'basically I'm a very passionate man. I love and I hate. And when love turns to hate, for me, you know, that's it. I simply had no wish for her to live. I stand by that decision.'"

Henry is convinced that being a convicted murderer will be a lot more fun than being Elinor's husband and a solicitor for Harris, Harris and Overdene of Blackfriars, London. He refuses to let anything stand in his way. If a few friends and neighbors die because of Henry–who has no aptitude for murder, whose luck is mostly rotten, and whose obsession has made a train wreck of his common sense–that's very unfortunate. This collateral damage just stokes the fire of his determination, and Henry becomes increasingly reckless in his attempts to dispatch Elinor.

The Wimbledon Poisoner hands the reader a conundrum: one roots for Henry to succeed in his quest, because accompanying him on his journey of switchbacks and derailings is so merry, but one also hopes Elinor won't die, because she's a nice person and besides, what would Henry do then?

This is a beautifully written book of satire. It's full of unexpected characters and situations. Its plot twists surprised me and made me laugh out loud. I recommend it to people who like P. G. Wodehouse, Tom Sharp, Roald Dahl, David Lodge or Evelyn Waugh. 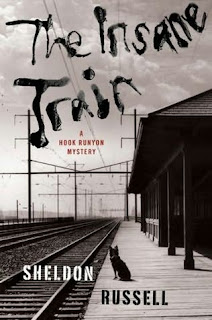 When a fire of suspicious origin destroys the Baldwin Insane Asylum, killing 30 patients, Dr. Theo Baldwin decides to move the survivors from Barstow, California, to Fort Supply, Oklahoma. A one-armed yard dog (security agent) for the Santa Fe Railroad named Hook Runyon is placed in charge of the move in Sheldon Russell's The Insane Train. It is the 1940s, and most able-bodied men are fighting overseas in World War II. When few asylum employees are willing to relocate to Oklahoma, Hook recruits some disabled vets to replace them for the trip. Complicating their job is the law that forbids carrying weapons while attending the asylum patients, who include not only women and boys, but also the dangerous criminally insane.

Frenchy, the train's engineer, says that he hauled a load of railroad officials to Chicago one time, and this trip can't be worse than that but, needless to say, he's wrong. Dangerous inmates, the vets' inexperience, a decrepit train, the challenging terrain, and the uncertainty of the passengers' reception in Oklahoma make the trip treacherous. Is it pure bad luck that Death boards the train for Oklahoma, too?

The Insane Train is a great book of historical fiction that captures life in the U.S. when it is still reeling from the Great Depression and devoting most of its resources to the war effort. Russell shows us people–asylum employees, disabled vets, railroad workers–who have a small grip on security and who scrabble hard to maintain it. The asylum patients have even less. All of them become real people in these pages.

Russell's protagonist, Hook Runyon, is a terrific fictional character who is tough and uneducated, but smart. In his off-time, he scours thrift shops and flea markets for first editions (and shares his knowledge with us!) and tries to keep his dog Mixer out of trouble. Hook makes a good friend, but he's a man who lives in a caboose and his life keeps him moving.

Publishers Weekly calls this book one of the six best mysteries of 2010. Russell's prose is spare but elegant and makes for enjoyable reading. He clearly knows his trains and the time and settings he writes about. This is an uncommon series, and I'm thrilled that the next one, Dead Man's Tunnel, will be out next year. At some other time, I'll tell you about The Yard Dog, which introduces Hook Runyon; for now, I'll just say you should read it, even though you don't have to in order to enjoy The Insane Train.

Eulalia is becoming increasingly alarmed about Algernon Pendleton's dire financial situation. In Russell H. Greenan's The Secret Life of Algernon Pendleton, Algernon, the 50-year-old great-grandson of a famous Egyptologist, lives alone in Great-grampy's old house in Brookline, Massachusetts. He makes a precarious living by selling off Great-grampy's Egyptian artifacts one-by-one to Mahir Suleyman, a homesick Turk with a basement shop. Things are going from bad to worse, and Algernon is nearing his wits' end. But he lovingly answers Eulalia's demands for reassurance because she is his best friend. Eulalia is also a Worcester china pitcher with bowl, so delicately beautiful she brings to mind Keats' "Ode on a Grecian Urn." Algernon says he'll never get rid of her. A head injury he suffered in the war may explain why Algernon alone hears Eulalia's voice, but his own explanation is that there are colors, such as ultraviolet, whose wavelengths are invisible to the human eye. We cannot hear a high-pitched dog whistle. On the strength of these facts, he says, all objects in creation have voices, even if not everyone can hear them.

Algernon's life has settled into an odd routine of talking to the gravestones in the Burying Ground or to his almost equally strange neighbor and creating sculptures from bones (osteo-art). Then one day a train of events pulls out of the station and heads for Big Trouble: old war buddy Norbie Hess unexpectedly arrives, extremely depressed and carrying a suitcase full of money. Shortly thereafter, Madge Clerisy, an exceedingly ambitious and beautiful archaeologist from Pennsylvania, who has been buying the Egyptian artifacts from Suleyman just as soon as he gets them, badgers Suleyman into giving her Pendleton's address, so she arrives, too. She is on a quest to become very famous. The luck of Eulalia, Algernon, Suleyman, Hess, and Clerisy has changed in ways none of them could have foreseen, and their lives will never ever be the same again.

This is an entertaining book, full of suspense and black humor. It's difficult to pigeonhole in that it's gothic; black comedy; fantastic; extremely clever; replete with references to philosophers, poets, and scientists; and appealingly quirky. Strangely enough, this bizarre murder story makes one reflect on some of life's largest questions. What if there is no death, if everything–a pitcher, a cigarette, a pen–is alive, if we have occupied a variety of forms in a variety of different worlds? It makes for a very unusual read.

I'd love to hear about some other books that come to your mind when you read "Third time the charm for man trying to eat Skittle off of moving model train."
Posted by Georgette Spelvin at 8:50 AM